Jerry Jones to Goodell: Kraft is a P$$$Y Compared to what I will do to you

dannydyn said:
You can hate that Jerrah d1ck all you want (I know I do), but you have to admire his balls. Wish Kraft had half the balls Jerrah is putting on display. Kraft IS a *****.
Click to expand...

Where were these balls that Jones' supposedly has you are admiring during defamegate when he came out and 100% backed ****dell??? It's only now that he got screwed that he is whining like a *****. Jones doesn't have balls, he has a f**king vagina. He's a f**king hypocrite.
Last edited: Nov 17, 2017

KontradictioN said:
Jones is by that measure as well. In this pissing contest between the two (because that’s exactly what it is), Goodell wins.
Click to expand...

It's 32 guys who should be smart enough to know better, but who allow their petty grievances to get in the way of getting rid of a terrible commissioner.

On the one hand, it lets the entire world know that the "elites" are just as stupid as everyone else, which is nice for the general population's self esteem.

On the other hand, we see proof, once again, that the NFL is just another circus being run by the clowns. 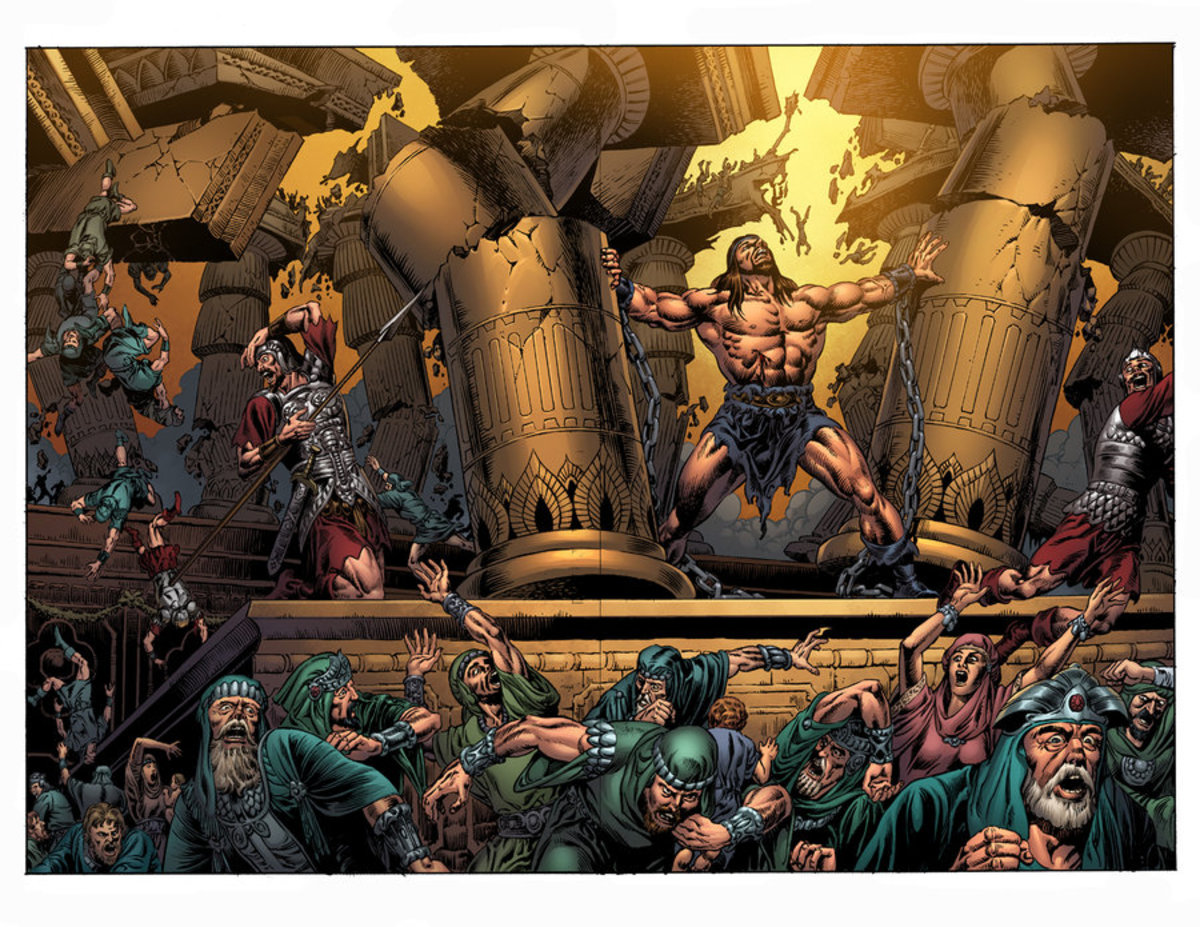 TommyBrady12 said:
If it results in goodell losing his job, then I support whatever jerry jones has planned.

Jones is upset because Goodell assured him that Elliot won’t get suspended. But I don’t see how any commissioner can make that kind of promise before the investigation is completed. Just shows you what a corrupt bastard Goodell is.
Click to expand...

He has made decisions before an investigation has been completed before and changed his decision after public backlash. Ie Ray rice.

JoeB said:
He has made decisions before an investigation has been completed before and changed his decision after public backlash. Ie Ray rice.
Click to expand...

Exactly, he did the same thing on the whole kneeling/anthem thing. He sided with the players but when public backlash grew he said the players should respect the flag.
S

XLIX said:
I don't think Jerry wants to be Commissioner himself, but he sure as heck wants one of his personal puppets playing the role.
Click to expand...

So Jason Garrett or Barry Switzer?

TommyBrady12 said:
Exactly, he did the same thing on the whole kneeling/anthem thing. He sided with the players but when public backlash grew he said the players should respect the flag.
Click to expand...

He didn't side with the players.

Jerry is a cu nt

Roger is a bigger cu nt who I hope Jerry murders

Jerry is correct about Kraft though. He is kind of a ****y.

Everyone crying about Kraft and how they will never forgive him, yeah he took his punishment and backed down from Goodell for the good of the league and himself but how many people here have short memories?

Without Kraft there is no franchise and no Brady.
S

I have two favorite teams. The Patriots and whoever's going after Goodell.

ScottishPatriots said:
Everyone crying about Kraft and how they will never forgive him, yeah he took his punishment and backed down from Goodell for the good of the league and himself but how many people here have short memories?

Without Kraft there is no franchise and no Brady.
Click to expand...

Thank you for that meaningless interjection.

PatsFans.com Supporter
I want Goodell out as much as the next fan, but empty words from a blowhard won't get his franchise to a moment like this:

He'll just have more of this: 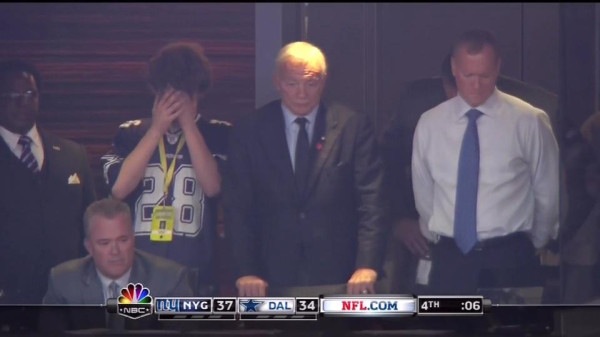 yukon cornelius said:
Here's the thing, though......Jerry wants to be commish......I'm thinking that concept is as bad or worse than Goodell.....the whole devil you know concept

At least Goodell as the skills to do the job, even If I don't like the job he has always done.....Jerry Jones is a rich prick who road the coattails of Jimmy Johnson......not sure that qualifies him to be commish
Click to expand...

The skills?
Goodell is the frontman and voice-box for ownership, nothing more. Ownership committees negotiate everything while Roger sits in an outer room waiting for his marching orders.

JMC00 said:
Where were these balls that Jones' supposedly has you are admiring during defamegate when he come out and 100% backed ****dell??? It's only now that he got screwed that he is whining like a *****. Jones doesn't have balls, he has a f**king vagina. He's a f**king hypocrite.
Click to expand...

You missed my point. Jones' character and ethics (or lack thereof) are a totally different story. I even wrote myself above ^^ that I hate that hypocrite d1ck. But I must give credit where credit is due: Unlike Kraft the ****y, Jerrah actually knows how to stand up to Gooddell and take care of his team's interests. In Jerrah's defense, Deflategate had as much to do with the Cowboys, as Elliot's suspension has to do with the Pats. Just like I wouldn't expect Kraft to get involved Elliot's suspension, I didn't expect Jerrah to become a Pats lover during Deflategate. Each owner should worry about his own interests when it comes to his team.


I never claimed Jerrah was the messiah or second coming of Jesus. But the guy sure knows how to stand up to that Gooddell *******. Kraft DID ****! - AND THAT'S A FACT!

Jerry is going to be pissed when he loses and Goodell gets his new fat contract and private jet for life.

The other owners will pay Goodell just to prove Jerry doesn't run the league, you can't be saying Goodell is doing a great job and Brady needs to take his medicine then when it's your player suspended a year later threaten to sue the league and not be a complete hypocrit.

No weaker than usual, in my mind...

well no **** he's the frontman for the owners......that's all the commish ever is, at least under modern CBA's, but he's ok at being the front man as long as he doesn't try to do too much......not saying he's good, but he's better than a jerry puppet imho (initially i read that jerry wanted the gig.....he's backed off that the passed few days.....coming off pneumonia, just getting back in touch here)

jones isn't going to win this battle.....reading he is one of only 4-5 owners that wants Goodell out.......this may be more about a power struggle between Kraft and Jones than anything else, and in that struggle, I have to lean Kraft.......obviously

Jones is an ego driven loose cannon, leaps before he thinks.......that's not good for most gigs, and that doesn't make the collective (owners) money......slow & steady, even if it goes slightly off course, keeps the $$ coming in.......that's what most owner wants, that's what they'll get

Goodell is the face we love to hate, but all the BS we've dealt with still comes down to the other NFL owners.....and Jones was one of the more powerful owners in the era we got ****ed the hardest.......he's no friend to this organization

I would have loved for Kraft to come out swinging.......but I think he (publicly) did what he needed to do to keep his two ships rolling in the right direction......obviously he wants to make profit, and he wants his team to do well.......he kept both those ships sailing in the right direction through some murky and rough waters; publicly swinging for the fences would have felt good, but would have hurt one of not both of those courses

KontradictioN said:
I have my popcorn ready.
Click to expand...

I love it. It is a win/win already.

**** Kraft for not sticking up for his "family" and fans.

**** Jones for being a ****ing hypocrite who had little issue with Brady getting the shaft but gets upset suddenly when his own team is on the receiving end.

**** Goodell for being an incompetent, bumbling caricature of a scapegoat.

I literally dont care how this ends it will provide satisfaction on some level.
You must log in or register to reply here.