If there wasn't a trade partner just don't hand in the card. :bricks:

PatsFans.com Supporter
Maybe this is BB's statement that he thinks this years draft class sucks the big one.
J

He wasn't even one of the better safetys in he BIG10 last year. What a fail pick. Maybe BB starter drinking early and thought it was the 7th round instead of 2nd.

BradyMossWelker said:
I mean, why didnt Bill trade down? I dont care that its a bad deal. No one was taking this guy.
Click to expand...

maybe no ones wants to trade

Everyone thought we drafted Ridley 3 rounds too early as well, we'll just have to wait and see with this one.

BradyMossWelker said:
I mean, why didnt Bill trade down? I dont care that its a bad deal. No one was taking this guy.
Click to expand...

The board is still loaded. Probably no team felt the need to trade up.
P

OK.
Glass is half full of rose-colored water.

The Pats secondary was so bad, some guy no one has heard of is now the second-best player in the defensive backfield.

PATRIOTSFANINPA said:
Just got a pic of Wilson...the man can ball!! 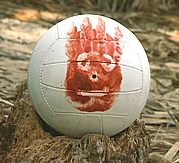 That's my joke. First come first serve. No coming in here with your flashy gifs steeling my thunder.

Wilson has an excellent athletic ability and can fly around the field. He also has an ideal build for a safety at 6’0”, 205 pounds and can attack a player and create fumbles with his hits. He’s a smart leader as well and is known as a hard-working player.

His best part of his game is his special teams' abilities. He is an instant gunner for whoever drafts him and can still contribute as a depth safety. Also, he has an excellent blitz ability.

He’s a true project at safety. He is not likely to contribute past special teams early on and is a likely role player.

I wonder if this guys is a special teams ace?

BB has decided to pack it in for this draft. He's making a mockery of it.

And this isn't like the Vollmer pick who would have been taken early in the third round.
L

someone in the scouting department had a hardon for this guy. No market for a trade down probably.
C

I've checked half a dozen separate scouting reports on this guy. All have him ranked as an undrafted priority free agent. Could this be a special teams only pick ? Seems way too early for that but who knows.

Gregory must be the happiest man in America today. He may need to start after all.

D
OT: The Case for Eliot Wolf to be Elevated to General Manager in Front Office
2 3 4

Today at 1:22 AM
DropKickFlutie
D