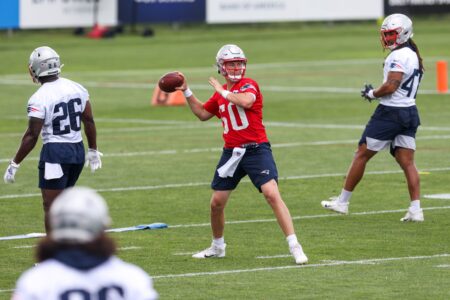 Best Of Social Media: Sights and Sounds From Day 2 Of Training Camp
By: Robert Alvarez

Ice_Ice_Brady said:
True, but Federer also had 5 years without Djokovic and ~5 years where Nadal wasn’t yet a great grass/hard court player. Djokovic and Nadal have never played without two all-time greats as rivals.

Federer had 12 Grand Slams going into 2008, which was roughly the time Nadal and Djokovic started to emerge.

And I hate to admit this because Federer is definitely my personal favorite.

EDIT: I may have misunderstood your post. Yes, from a head to head standpoint, Federer was definitely disadvantaged due to being out of his prime, especially against Djokovic.

Right, I just meant for the H2H. Federer caught the tail end of Agassi and Sampras and was 8-3 and 1-0 vs them respectively. Obviously he benefitted on that end.

If Djokovic wins the US Open and takes all four grand slams in the same calendar year, it’s going to make the GOAT debate a lot more one-sided.