Poll: Hoyer or Stidham vs Denver? 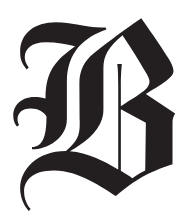 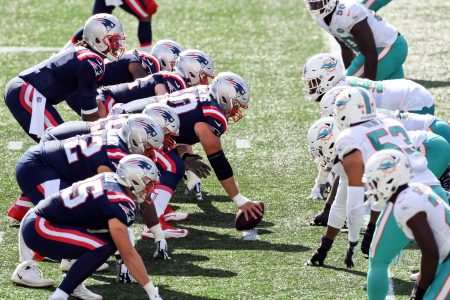 Patriots Will Open 2021 At Home Against the Dolphins
By: Ian Logue

PatsFans.com Supporter
2020 Weekly NFL Picks Winner
Are we back where we started? Marc Wilson, Tommy Hodson, Hugh Millen, Scott Zolak...
Those teams had heart only to get it ripped out by bad QB play.

denverpatsfan said:
Are we back where we started? Marc Wilson, Tommy Hodson, Hugh Millen, Scott Zolak...
Those teams had heart only to get it ripped out by bad QB play.
Click to expand...

there should be no way Cam should be available. 10-14 days is common quarantine protocol. Let's see what Stid can do... Hoyer us nothing more than a player coach.
C

Kdo5 said:
Hoyer. He has an actual understanding of the offense. If he doesn't make brain dead decisions and plays conservatively we'll win. Stidham is dangerous and I think he'll sling the ball too much and throw four INTs. Crucify me if you must.

Don't take this as a defense of Hoyer.

I'd rather watch Stidham throw 25 interceptions than watch Hoyer float hospital balls to our receiving corps all game.
C

I changed my mind, let's start Edelman at QB, all that guy does is throw TD's. Maybe we can bring Amendola his #1 receiver back.

wish there was a negative voting option

PatsFans.com Supporter
I have a feeling that Hoyer will start again, struggle, and be relieved by Stidham.

Not unreasonable idea. We tried it with D Etling not long ago.

PatsFans.com Supporter
Bill probably will start Hoyer if Cam can't go because he doesn't want to burn Stidham this early in his career. Start I said, he can bring in Stidham to replace Hoyer. Hoyer has never been any good at QB. Hoyer knows the Brady/McDaniel system.

Delicate Genius said:
RLKAG is moving his way up the depth chart.
Click to expand...

We know he's got a quick release, perhaps he could play QB for us.

On his second pick, I thought Stidham 1) Made the right read and 2) got the ball out on time. Hoyer can't do either. Stidham just underthrew it by 10 yards. Assuming he has the arm strength (~55 yards) to make that throw, he has a much better chance of putting things together.

2019 Weekly Picks Winner
Hoyer is more capable of bagging groceries at Walmart than he is playing professional quarterback - Hoyer has always been a JAG and nothing more - the best thing he has ever done as a professional is hold a clipboard for the G.O.A.T. - Its embarrassing to see this clearly washed up player on our team - sad thing is there is really no one else to sign out there any better
S

Staff member
PatsFans.com Supporter
Cam will be back i feel like. Otherwise give me Stid playing a little more conservatively. He was playing catch up last week so don't blame him that much.
O

I think it is super important that we all take a deep breath, relax and realize that ray lewis killed a guy, possibly two guys and that stidham had better not be a turd this week,

With the game in question, I think Cam could be back and we won't have to worry about this. Still I take Hoyer. It's hard to put it aside but other than the INT, brain dead sack, and fumble he was okay. Most of the time he looked competent until he didn't. He may have destroyed a lot of people's trust on the team with that sack. But I'm worried about Stidham. He is not in control of the offense, I don't think he knows what he's doing. He had a nice fade TD but everything else was garbage.

If Cam can't go they'll start Stidham on a short leash and switch to Hoyer if necessary.

How did we go into this season with these choices ? We have always had at least one back up that is servicable. This year neither of these options excite me. As someone else pointed out, Edelman would be a great choice.

Re-Assessment: After a Good Draft/FA, These Players are maybe on the Proverbial Hot Seat
4 5 6

Monday at 2:28 PM
captain stone
C
R
Which positions would a day 3 pick be most likely to make the team