Just catching up on Day 2 and I see that none of the available QBs went until the middle/late of the 3rd round and Willis wasn't even the first taken. I saw an insane mock (from an NFL.com dude) which had 4 QBs (WIllis, Picket, Corral, Ridder) going in the top 10 - same mock had Howell at the end of R1. In reality this was never going to happen. This draft was an easy pass for anyone looking at a QB.

How many third round picks do we have next year?

We'll have our own pick, a JC comp pick, that pick from Carolina and I have a feeling, although I could be completely wrong, that we got another 2023 3rd round pick from a trade somewhere?
P

I hoping that the Patriots would take these 2 to get faster at the LB.

Just noticed this. Willis was projected by some ass clowns as a No. 2 pick. 5 years from now I'm sure some pink hat will remind us about this if Jones flames out and Willis raises a Lombardi

patsfanfromoversea said:
or lack of pass rush
our pass rush was disappointing besides judon and barmore. Those two aren't enough and esp. when you have not a number 1 outside CB you need an even better pass rush.
Click to expand...

Just the way things played out I’m on the phone with trey flowers talking reunion.

Fubby said:
Hate to break it to you but pick 137 is going to do a whole lot of nothing for us this season.
Click to expand...

DaBruinz said:
Leading the team in tackles is all well and good.. Until you look at the context and see how many of them were more than 4 yards down field..
Click to expand...

Do you have some stats on this? Or just making things up? I honestly don't know how he compared to the league in this category last year but I'm interested to see if you can back up your claim?

Username said:
How many third round picks do we have next year?

We'll have our own pick, a JC comp pick, that pick from Carolina and I have a feeling, although I could be completely wrong, that we got another 2023 3rd round pick from a trade somewhere?
Click to expand...

Deus Irae said:
Why would you want them to use all these picks in what's considered to be a weak draft?
Click to expand...

You ask an excellent question. I like the trade downs to collect a bunch of 4th rounders who have proven to be valuable over the Belichick years. They are inexpensive, almost always make it onto the 90 man roster, and now with the expanded practice squad, a great place to build depth. The Pats have players that will need to be replaced in the next year or two, and who need a good backup. I imagine we see safety, OT, and RB (thinking James White backup) in the 4th round today.

We might see a QB in the 4th round - Sam Howell is still on the board and would be a great backup to MJ.

Is that correct? I had no idea the Pats would have that kind of money available next year. Wow. It must be possible to get a great veteran and rework his deal with a graduated signing bonus. DT Shelden Richardson, Trey Flowers and Akiem Hicks are unsigned. One of those guys would be great with Guy and Barmore.

goheels22002 said:
Is that correct? I had no idea the Pats would have that kind of money available next year. Wow. It must be possible to get a great veteran and rework his deal with a graduated signing bonus. DT Shelden Richardson, Trey Flowers and Akiem Hicks are unsigned. One of those guys would be great with Guy and Barmore.
Click to expand...

Yep. Cap will go up but of course will depend on extensions they dole out, etc but with players like Smith. Agholor and God coming off the books it's projecting to be $85-$105m in space.

goheels22002 said:
Is that correct? I had no idea the Pats would have that kind of money available next year. Wow. It must be possible to get a great veteran and rework his deal with a graduated signing bonus. DT Shelden Richardson, Trey Flowers and Akiem Hicks are unsigned. One of those guys would be great with Guy and Barmore.
Click to expand... 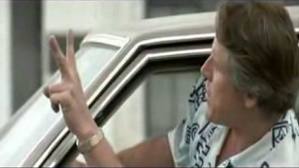 nowayback said:
So Pats are all set, see u at TC
Click to expand...

The Patriots have seven more picks in this draft and will sign like ten more undrafted free agents. They'll have 20 more guys or so by Monday afternoon. Your work here is not done.

Fubby said:
How does it help the team get better this season?
Click to expand...

Here's an example for you to think about. The Patriots traded a 4th round pick for Randy Moss on Mother's Day in 2007 after the draft. Belichick just picked up a 3rd in next year's draft. It replaces the one he traded, and gives him a pick to use in the next couple of weeks when the dust settles after the draft. Stay tuned.

Joker said:
I feel like I do because I KNOW the strengths of Buffalo, Miami and even the Jets....Buffalo destroyed this team's defense like I have NEVER seen. One MAJOR flaw was sideline to sideline defensive LB speed. BB ignored that. Wynn and Brown are always injured yet we haven't done a dyam thing to address THAT issue...with our 2nd year QB in the sights of the Buffalo defense again? I wanted one of those SEC WR's, we went Baylor for a "maybe" hit...we'll see but I'm disappointed and I'm a huge homer, always have been. Just don't agree with this year's decisions by this staff.
Click to expand...


Allow me to intervene. Understandable pats fans have trouble with rebuild process and patience, but that is no reason to not try to understand the process. Bill is always in the compete mode but he is also patient. That is a rare blend that is key to his success (not only here).

From the start of this offseason it was clear that the focus will be on steady rebuild - first turning to existing resources, keeping what makes sense and adding enough to be competitive without touching vast future capital. They lost/let go a lot of key coaching/FO personnel, also some trademark players - they have a bunch to figure out going forward - no time or reason to rush or force things.

It was about looking at themselves more & not so much worrying about competition atm.
Some self-evaluation findings are already visible - adding speed, adding outside&vertical threat (or trying to) to lighten the heavy boxes they had to run against, adding potential “star“ (position) power (Peppers, Wilson, Jones) to better police lateral/outside running threats (HBs & QBs). Just bc they did not go for top of the crop it doesn't mean that they did not address the issues.

I actually like what feels like a tryout/selection year. Lets see what we have here before 2-3 big off-seasons coming and keep as much resources as possible for that. Pats have so much space over next 2-3 years they can buy a new team if necessary. But every home resource they can give a chance and grow into production will prolong the rich cap period.

I expected/predicted to more or less stay put on DL, LB for some of these reasons. Its very easy to load up on these two positions next yr if/as much as necessary.

They addressed the only glaring roster hole on Day 1 - OL (specifically/presumably LG) clearly targeting ultimate versatility.
They added to two of the most expensive FA positions in Day 2 (WR, CB) - clearly targeting speed.
So from this point it was actually a clinical Draft in the most important rounds.
The fact that we are not excited by concrete players taken or where they went after them is not really important bc in reality - all of us combined know nothing (and even their knowledge of the future of college players in NFL is limited).

This is why I drink during the draft.

This is why I drink during the draft.
Click to expand...


Yeah, these three guys fit the specs in terms of speed and quickness, but all three are also tough football players who love the game. They are exactly the kind of people the Pats like to add to the locker room. The Pats defensive players hated practicing against Mankins, and I suspect the same is going to happen with Strange.

This is what Damien Harris thinks. Do not try to turn this thread political.
2