Belichick Is Lying to You 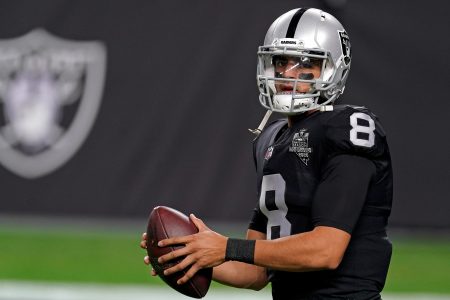 crawhammer said:
I'm sorry, did I hurt your feelings?

So WFT! are you talking about? I'm pretty sure the point of playing the games is to win them so yes the scoreboard matters. I also provided supportive data to sustain my conclusions.

They had their three worst performances of the season consecutively in December. No coincidence they also lost those three games. So their performances sucked and they lost. Seems to be correlated. You are the one wasting time with your ridiculous comments that are nonsensical. So congratulations.

Nope, the point of playing the games for this fan is to see the team win championships, which was not going to happen this year. So after an extraordinary run of twenty years being in the hunt, the season's goal was slightly different. Yes he wanted to win, but Bill is referring to bridging culture, developing players, discovering players he wanted to go to war with, amongst many other things. Only Bill knows how this went, but I saw good stuff as the season went on.

I know this is a grown up way of looking at your team , but I think you're ready and don't want to hurt anybody's feelings.

"We worked hard throughout the course of the year to improve, to try to move to a higher level, which we did."

That is a lie. A bald-faced lie. Prime example of Belichick believing the media and fan base will not push back on his nonsense. I'm here to push back.

The team got worse by the last quarter of the season.

They beat Miami who finished 10-6.
They beat Las Vegas who finished 8-8.
They lost a close game at Seattle and were competitive with KC until the 4th quarter.
Promising start to the season for the most part; they could have been 3-1 had they not missed on two makeable plays at the end of the Seattle game.

Bad quarter.
Two awful home losses back-to-back against Denver and SF; Cam was brutal in both games. Opposing quarterbacks (Lock and Garoppolo) threw 0 TD's and 4 INT's however Patriots quarterbacks offset it with 0 TD's and 6 INT's (Cam 5 and Stidham 1).
Then they lost a close game at Buffalo with Cam fumbling in the red zone on the final drive.
Beat the Jets which is of minimal significance (although they were fortunate to win the game).
The run defense got completely steamrolled in this quarter of the season. Even still, with competent quarterback play, or certainly had Brady stayed, they could have at least flipped their record to 3-1.

Beat Baltimore, Arizona and LA Chargers. Couldn't stop Watson in the loss to Houston.
They caught Baltimore in a mid-season slump (going 1-4) and Arizona's season went in the toilet (3-6) after a hot start. LAC were 3-9 after losing to the Patriots. Still, this was the Patriots best quarter of the season.

They lost all momentum established in the 3rd quarter of the season. They couldn't stop the run against the LA Rams or Miami (who were without their three best skill position players). Cam was brutal against the LAR, contributing a pick-6. They could only muster 4 FG's against Miami.
They couldn't stop anything against Buffalo when they quit by halftime and got thoroughly embarrassed in primetime. Out coached and out played in all phases of the game. The week 16 loss to Buffalo was their most inept performance of the season as Buffalo toyed with them from start to finish.
Their worst three game stretch of the season squandered any chance of a postseason bid. They were noncompetitive in the three losses as they lost by average score of 28-8 and managed only one touchdown to go along with six FG's.
Beat the Jets in a meaningless game against a team with a roster worse than theirs and a lame duck coach.
This was their worst quarter of the season.

So, correction Bill, your team did not improve or move to a higher level in the last quarter of the season. In fact, your team was awful. Belichick is either in massive denial or a liar. Considering he stands on the sideline, and bore-witness to the December implosion, I'm going with the latter.

PatsFans.com Supporter
Belichick's job is to build a team and he will be evaluated on the team's production. Everything else is just noise.
J

17 division titles with Brady in 18 seasons.
Click to expand...

5 of those were with the Browns
3 of those were spent rebuilding a 3-13 Browns to get them to 11-5 and his last season in Cleveland he got blindsided by Modell moving the team.

Then there is also him being 3-1 with Garoppolo and Brissett when Brady had to serve his punishment for his psi scheme with the ball boys.

But who drafted, developed and made Brady the starter over a QB that just got a $100m contract when everyone in the Boston media wanted Bledsoe to get his job back after his injury?
Last edited: Jan 5, 2021

upstater1 said:
You picked a single decision in 20 years of coaching.

It's not hard to do.

Here, I can give you a few more: benching Welker for a half for the Rex-I-like-to-watch-my-wife-with-bums-foot-fetish-fiasco press conference.

I'm sure I can think of a few more.

But here's what we don't know (& I even agree with the decision not to play Butler lost us the Super Bowl): if Bill didn't have strict punishment for breaking rules, would the team have stayed in line for the 20 year run? You can't account for that. If he starts giving players like Butler and Welker more slack, what games are lost from player laxness?
Click to expand...

I agree, mistakes and lapses in judgment happen for every head coach. The amazing thing about Belichick is how few of them there have been over such a vast career.

JMC00 said:
Who drafted, developed and made Brady the starter over a QB that just got a $100m contract when everyone in the Boston media wanted Bledsoe to get his job back after his injury?
Click to expand...

Well it's not like Belichick drafted him 199 knowing that he had the GOAT. It's not like he knew Mo Lewis would take out Bledsoe for half a season so he would have enough time to evaluate Brady. I'll give him credit for keeping Brady as the starter but the development was mutual. Know one knew how obsessed Brady was going to be to constantly improve. They wound up being the perfect storm for the better part of their 20 years together

No, but when he saw what he had in front of him, in terms of poise and ability to exxecute in the clutch, he quickly gave Brady his head. Not every head coach would have been so bold with a franchise QB already on his roster.

Bottom line, Brady became the Brady we know because Belichick made a decision to trust him.

17 division titles with Brady in 18 seasons.
Click to expand...

You mean a head coach needs a great QB to do great things? Brilliant!