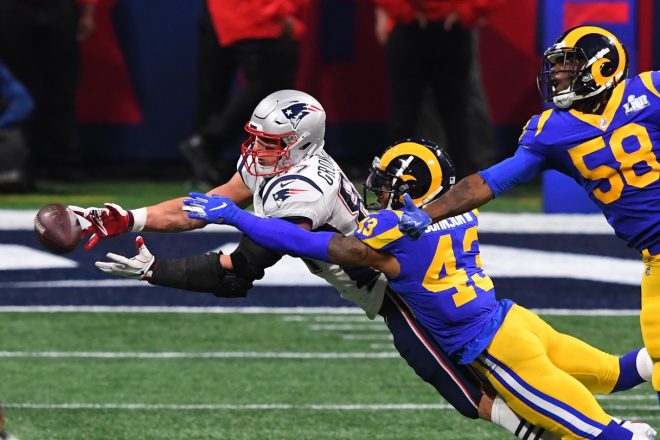 Gronkowski later announced the news over Instagram with a lengthy statement thanking his teammates and the Buccaneers organization.

“I want to thank the whole entire first-class Buccaneers organization for an amazing ride, trusting me to come back to play and help build a championship team. I will now be going back into my retirement home, walking away from football again with my head held high knowing I gave it everything I had, good or bad, every time I stepped out on the field.
“The friendships and relationships I have made will last forever, and I appreciate every single one of my teammates and coaches for giving everything they had as well. From retirement, back to football and winning another championship, and now back to chilling out, thank you to all.”

Gronkowski played his first nine seasons with the Patriots before retiring before the start of the 2019 season. During his Patriots tenure, Gronkowski became arguably the best tight end in the game and was a part of three Super Bowl championships.

In 2020, Gronkowski unretired and decided to join Tom Brady’s Buccaneers. He would win his fourth Super Bowl ring that season, even scoring two touchdowns in the game.

Over his 11 professional seasons, Gronkowski set two Super Bowl records, most career receptions by a tight end, and most receiving yards at the position.

Former teammates, players around the league, media members, and other Gronk connections all shared their reactions over social media.

You can check out some of the best below.

Thank you my furry friend https://t.co/bBJeBXL1Lf

This better be the last time I say this !! Congrats on retirement @RobGronkowski !! Much love homie

I know no one cares about blocking, but everyone can agree that this moment from Rob Gronkowski was a thing of legend. pic.twitter.com/KTcchYYCjC

that one time Gronk dented the lombardi after laying down a bunt 😂 pic.twitter.com/7XiMOY8x5a

Absolutely legendary career!! Congrats, Gronk! One of the best TEs of all-time. https://t.co/FawCCHXWg8

Congratulations on your roar-some career, @RobGronkowski! 👏

Gronk could do everything you need a tight end to do. Stretch the field, make contested catches, wide catch radius and BLOCK. He always found a way to make a play for @TomBrady
No need to beat around the bush. @RobGronkowski is the GREATEST TE EVER.

I’ll be telling the grand kids stories about the Gronk one day lol a legend!!

Congrats on a 🐐 career!! @RobGronkowski

When I hear my boy Gronk retiring I had to to bring this back from 2015 🤣🤣🤣 they should have us singing this on Super Bowl halftime show this year bro 👀😭 congrats @RobGronkowski on an amazing career and see you soon 🙌🏿 pic.twitter.com/FdLBBr9QJJ

By: Robert Alvarez
Patriots tight end Jonnu Smith praises Mac Jones as his quarterback and expresses confidence he'll bounce back after struggling in 2021.
20 mins ago

By: Robert Alvarez
The Patriots released behind-the-scenes footage from the filming of their "Back To The Future" jersey reveal video.
45 mins ago

By: Mark Morse
This week we will analyze the New England Patriots Defensive Backs.  The Defensive Backs are going to make or break the team this year.
4 hours ago

By: Ian Logue
New England Patriots news for 6/29 and NFL notes.
5 hours ago 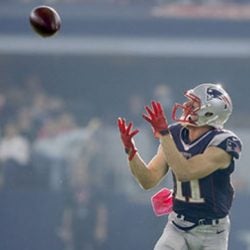