pazrul72 said:
That wasn’t just a raven, that was DPOY Terrell Suggs, and the first thing I would have shown Warren Sapp when he was saying Jimmy Graham was better then Gronk cuz he makes more “big plays”. They may have been close as receivers but Jimmy couldn’t block a rag doll while Gronk was ragdolling players like Suggs. One of my favorite blocks of all time and just so satisfying to watch that ugly SOB flying to the turf.
Click to expand...

you mean this one? With added audio

captain stone said:
Is that Gunner?
Click to expand...

BaconGrundleCandy said:
Yea I'm vaguely familiar but even still. I couldn't pass up on the .. "Hmmm Sir, do I have something to tell you" dunk. Plus his name is stupid.
Click to expand...

Interesting that he would speak up about it...gotta think he's protecting Alabama, right? I mean, if schools could start paying players, I'm thinking that might actually spread out the good players more than what's happening now, right? To the detriment of Alabama. Just a thought. Agreed his name is stupid.

PatsFans.com Supporter
Hutson is the best case to demonstrate the difference between historical vs. performance context. He was probably the most dominant football player in history - nobody else stands out like this in their era, literally three times better than everyone else.

On the other hand, any all pro corner from the past 20 years would have completely shut him down.


Ice_Ice_Brady said:
One of those “Holy Crap” facts: Don Hutson was the league’s all-time leader in TD receptions for 49 years. It took a 1980s offensive surge (from a change of defensive rules favoring the passing game) to see his records come down.

Even more incredible is that Hutson‘s era was a 10-12 game schedule. Rice played in 303 games; Hutson played in 116 games. And significantly less passing attempts back then.

The league started recording INTs, assigned to specific defenders, in 1940. From 1940-45, Hutson had 30 interceptions.

Is there an argument to take Hutson over Rice?

Does opting out protect a player from being cut? Do they still get service time? Medical benefits? I wonder...

BaconGrundleCandy said:
Yea I'm vaguely familiar but even still. I couldn't pass up on the .. "Hmmm Sir, do I have something to tell you" dunk. Plus his name is stupid.
Click to expand...

SMU was ahead of their time 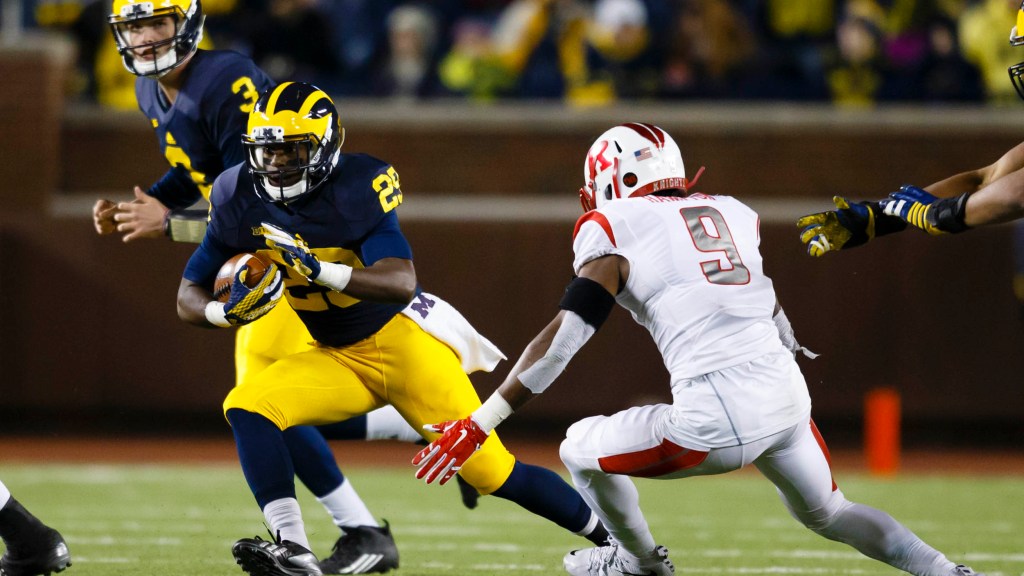 The Patriots continue to build out their staff.

aluminum seats said:
Interesting that he would speak up about it...gotta think he's protecting Alabama, right? I mean, if schools could start paying players, I'm thinking that might actually spread out the good players more than what's happening now, right? To the detriment of Alabama. Just a thought. Agreed his name is stupid.
Click to expand...

Oh his name is so stupid.

I go back and forth. Alabama and Clemson are who they are bc of their 2nd and 3rd string not necessarily bc of their starters so a little drop off could be significant. That said one would they would have the most resources.

NIL seems like a good start, logical imo. I'd like to see it play out, tweaked and see where we are in a few years.

Sfpat said:
SMU was ahead of their time
Click to expand...

In more ways than one

The Patriots continue to build out their staff.

3. I think I am truly absorbed by the conversation about the quarterback position, specifically whether the ability to make off-script, improvisational plays is now a necessity in today’s NFL, or whether a quarterback can still play at a consistently high level without that trait. While Russell Wilson has been making outstanding off-script plays for years, my sense is he was considered more of the exception given his lack of size, and the fact that there were snaps in which he could not see a clean throw, even if it was there. For Wilson, movement was a necessity to function in the league. It strikes me that Patrick Mahomes has been the one to accelerate this discussion with his movement and his rare ability to make off-platform throws. (Of course, Matthew Stafford has been doing that for years, well before Mahomes came into the league, but for some reason no one seemed to notice.) Josh Allen, coming off an exceptional 2020 season, has also enhanced this debate.

I would pose the question this way: If you believe that improvisation is now essential to play NFL QB at the needed level of excellence versus the increase in sub-package defenses (5 defensive backs, 6 defensive backs, at times 7 defensive backs) and the expansion of pressure/blitz schemes, then you need to have a reason for the continued excellence of Tom Brady. (You could put Drew Brees in that category as well.) And please don’t tell me it’s because he’s great, as if that removes you from answering the question. Why is Brady great? What are the traits and attributes that have resulted in him playing at a Hall of Fame level throughout his career, and continue to do so, without the mobility to make outside of structure plays? That is what you need to study and evaluate, in great depth. You must develop a detailed and precise understanding of this before flippantly tossing out the platitude that off-script plays are now a necessity. There is not a coach in the NFL who would draft a quarterback based on his ability to extend plays if the coach felt that that quarterback could not execute the structure of the pass game with the needed efficiency and consistency on a play-by-play, game-to-game basis. Quarterback is a subtle, nuanced, disciplined craft position both before and after the snap; that is how it is taught. Coaches do not roll the ball out in practice, and then say let’s run around and make some plays. Maybe in college, but certainly not in the NFL.

It is a conversation that will no doubt continue with the influx of more athletic quarterbacks into the NFL. Many see Mac Jones as the litmus test for this debate. He was the only quarterback of the top 5 chosen in the first round who did not show second reaction improvisational movement. Some say he’s a better athlete than his tape showed; I guess we will see when he gets his opportunity in New England. What Jones did at Alabama was play the position with needed refinement and maturity from the pocket. It seems these days that we don’t place the same value on that as we do the ability to make off-script plays. As the world turns.
Click to expand... Peter King's Football Morning In America column has a guest author this week, Greg Cosell, who writes about game film study and how it's changed the NFL.

And he thinks Josh Allen is "the most physically gifted quarterback in the NFL"
You must log in or register to reply here.

What would your preferred OL be?
2