Early odds have the Patriots favored by either 7 or 7½, depending on where you shop. 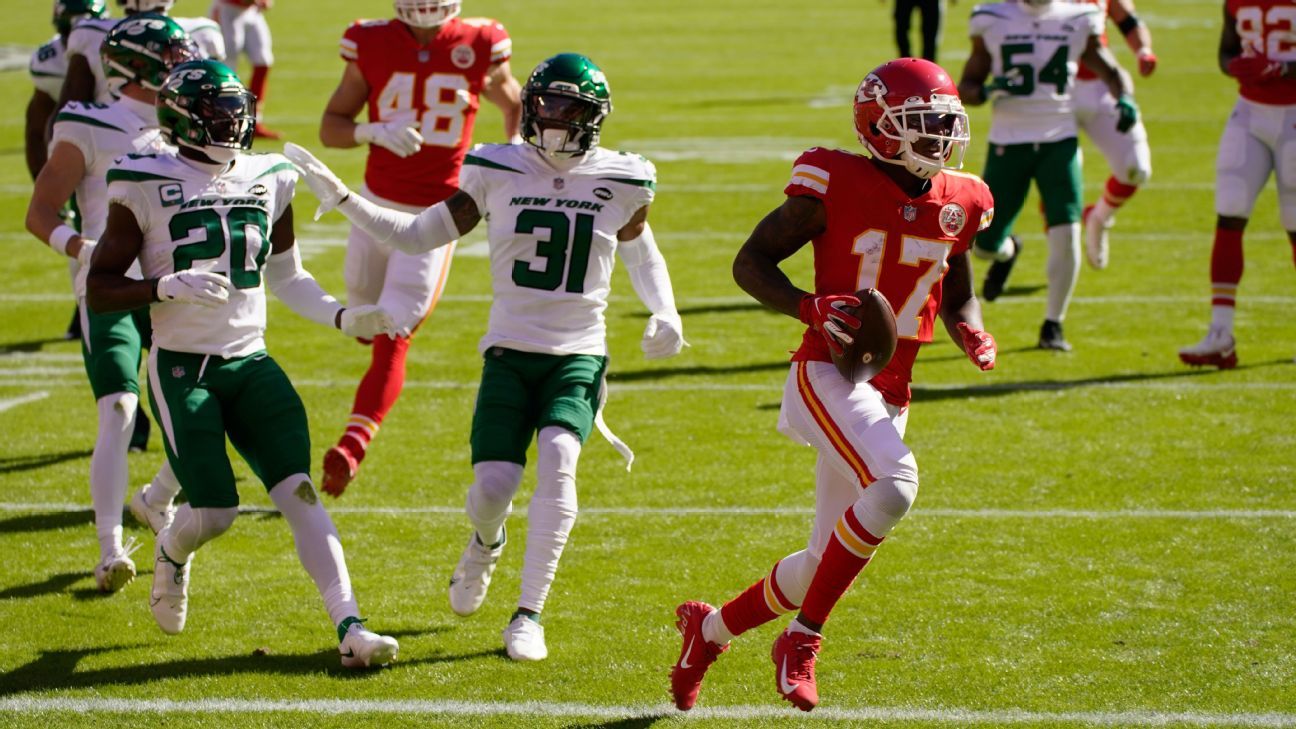 The Jets are halfway to a winless season, which could land them the No. 1 pick in 2021 -- unless they mess it up by beating the suddenly bad Patriots.


The New York Jets are halfway there. They are eight losses away from becoming the third 0-16 team in NFL history. You have to like their chances, considering that they treat the end zone like a HAZMAT area and face a formidable schedule over the final two months.​
​
Ironically, their best chance to win a game could be against the team they almost never beat, the team that has tormented them for two decades.​ 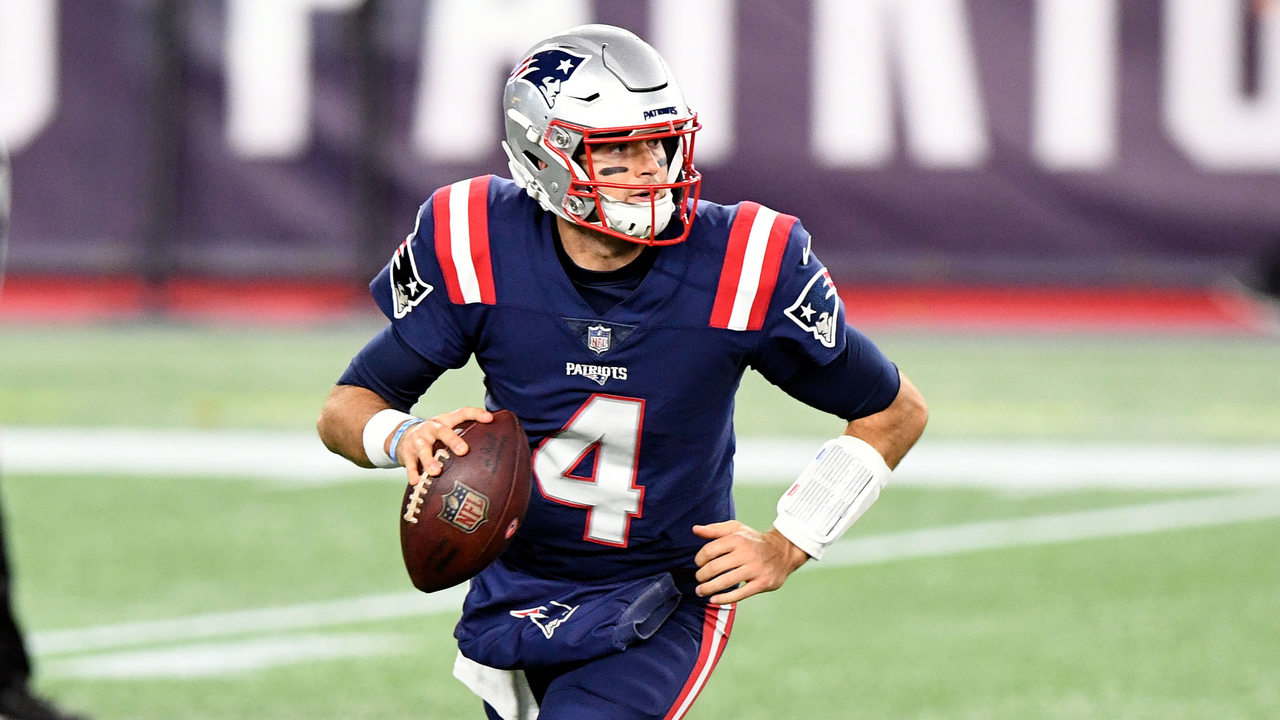 Curran: Message for Patriots? Don't go to Stidham just yet


In two games, he’s 11 for 23 for 124 yards with three interceptions and one wiped out by penalty. The kid just can’t stop throwing it to the wrong team.​
​
In order for a backup to supplant a starter, the backup has to at some point signal he’s ready to ascend. That he may give the team a better look. Or at least give some indication that it won’t be worse.​
​
Certainly Newton’s got turnover problems. But at least he can run with the football, a feature which at least mitigates his tendency to give it away. The only attribute Stidham has is throwing. And if he doesn’t know where it’s going, what’s the conversation?​ 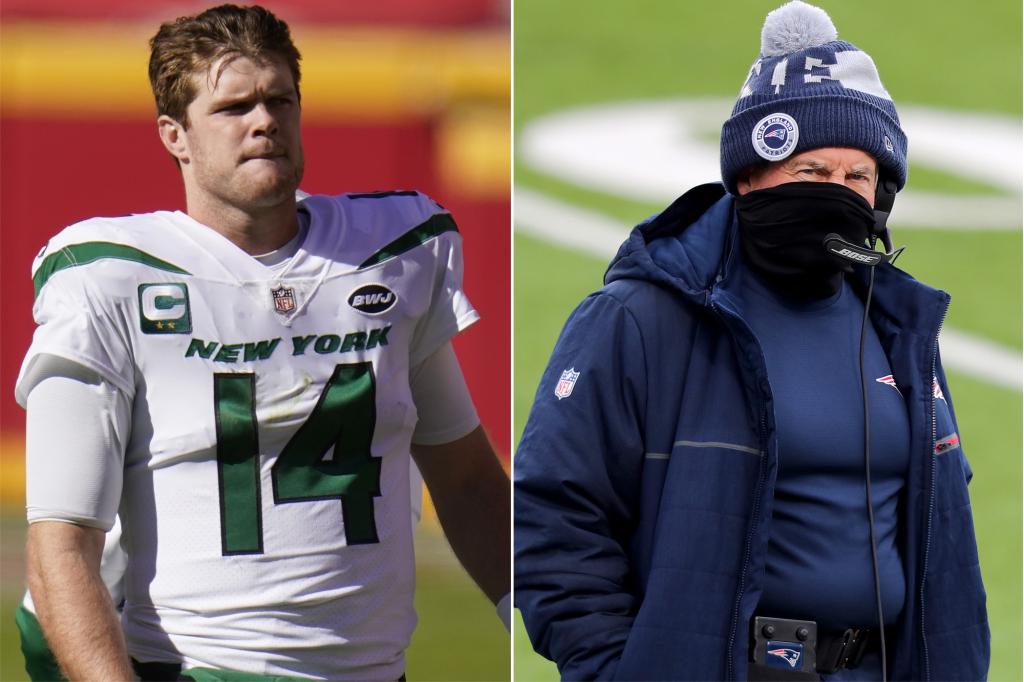 Sad state of Jets-Patriots rivalry offers one bit of hope

For the better part of two decades, the Jets bided their time and tried to wait out the Patriots. Year after year, the Pats would go 14-2 or 13-3 or some such tribute to gaudy dominance. Year after…


“Someday,” Jets fans said.​
​
“The Pats won’t be the Pats forever,” they reasoned.​
​
“Their time is coming,” they figured.​
​
So the Pats’ time came at a time when the Jets can’t possibly enjoy it. They got flattened by the Chiefs, 35-9, on a day when Andy Reid took mercy on their souls and pulled all of his first-stringers when there was still plenty of time to have more fun. The Jets entered as 19 ½-point underdogs and it never felt like they were in any real danger of covering the spread.​
​
The last time the Pats seemed this vulnerable was 2000, Belichick’s first year, when they were 5-11. The Jets have had a better record than the Pats exactly one time in the ensuing 20 years, 2002. They will not finish with a better record than them this year.​
​
But there may be no better opportunity for the Jets to win a game this year than next Monday, when the Pats limp into MetLife Stadium. Now, it is entirely possible that you, as a Jets fan, would prefer the Pats bring their ghosts to Jersey and let them haunt Sam Darnold, keep the left side of the Jets’ hyphen clean, do their part to nudge the Jets along to 0-16.​
​
But if the idea of 0-16 disgusts you in any way … well, this really may be it. There are a couple of losing teams ahead for the Jets — the Bengals and the Chargers — but raise your hand if you don’t think Joe Burrow and Justin Herbert don’t enjoy sweet dreams every night knowing they’ll be able to take aim at the Jets’ miserable defense some Sunday soon.​
​
No. Next week is it. Next week is the time.​

Get the power running game humming again with a healthy dose of the H-Train. Get the intermediate, timing based passing work that is desperately needed. On D, play man and smash them in the mouth. Beat Darnold to a pulp with constant pressure from Uche, Wino and Jennings in passing situations. Figure out someway to limit the damn running game of the Jets. Please.

If we lose this game... the season is effectively over. Beat the Jets and get to 3-5. If you upset the Ravens the week after and get to 4-5, we can also beat the Texans and get to 5-5. This game is a must win on all levels and a loss means our season is officially over.

2019 Weekly Picks Winner
This is the main difference this year, no one has been making these threads any more. That is why we are losing. You watch, we win this week and don't lose again.

vuudu said:
This is the main difference this year, no one has been making these threads any more. That is why we are losing. You watch, we win this week and don't lose again.
Click to expand...

Would be amazing to shock the world..
S

“H-Train”... love it. How about giving him the rock a bunch of times and getting his first 200+ yard rush game.
S

As for the Ravens I predicted their offense might take a step back and it looks like they have. Any given Sunday. Who says we can’t possibly beat them? First things first though... beat the Jets and then look at the next one.

This is kinda fun to be looking at games this way. Been a while....

baby steps, win this one and get back to playing smart football. Hopefully no injuries

Best chance/year for the jetes to finally beat the Pats... still not gonna though

TinhWoodhead said:
Best chance/year for the jetes to finally beat the Pats... still not gonna though
Click to expand...


We better not win.

That #1 pick is worth a TON next year.

I don't think you have to worry. Adam Gase doesn't have the heart, knowhow or pride to have a chance to win this game.

Lawrence is watching this game and cheering for the Jets.

StockingAnarchyNumber12 said:
Would be amazing to shock the world..
Click to expand...

With a win against the Jets? Haha, we really have fallen off.

PatsFans.com Supporter
2020 Weekly NFL Picks Winner
Who put the 2-5 Patriots against the 0-8 Jets as a national night game? Ick.

tasmlab said:
Who put the 2-5 Patriots against the 0-8 Jets as a national night game? Ick.

Oct 26, 2021
captain stone
C
P
NEW ARTICLE: Like The Patriots, the Jets Haven’t Had Much Luck Either When it Comes to Drafting Receivers
2