Our Heritage. Our History. Who We Are.

PatsFans.com Supporter
Happy Fourth Of July. So who's in favor of replacing the American Flag?

On the subject of heritage and history, this is an informative, reality-based look:


I don't care what you think that represents, you're not babysitting my f*cking kid tonight.

The endless media fake narrative of Patriots Evil/Mediocrity since 1970 is more pervasive today than ever.

The legion of KraftFans chant the following incessantly:

The fact is Billy Sullivan is an astronomically better owner than George Halas, a worthless total racist who is rotting in Hell eternally.

The longest losing streak for the Patriots remains seven (7) seasons, a fraction of that for all the other franchises.

No, the flying elvis has and will only ever symbolize the deliberate, malevolent effort on the part of wealthy old men who hate the Patriots to erase their history and give false legitimacy and false credibility to the wrong narrative that we sucked.

We still won three games in '72, including against the Super Bowl-bound Washington (former Boston) (soon to be renamed) Redskins. And it led to the historic hiring of [should-be Pats HOFer] Chuck Fairbanks.

In 1990 we simply had no quarterback, because (really inappropriately named) Victor Kiam let Doug Flutie go spend the prime of his career setting records and winning titles in Canada. And if you buy the Lisa Olson nonsense, you've never spoken to the women who attempted legitimately to gain access to the Cowboys' or Giants' locker rooms, and heard exactly how they were treated by those organizations.

Every single day of the calendar year, For years, @jmt57 has posted the heroics of usually several great Pats players and great Pats games, mostly prior to 1993.

Orthwein intended to bury our history, "leaving our memories in the rear view mirror", and Kraft continues to try to erase and minimize it. Kraft especially, emboldened the NFL's crusade to denigrate and destroy the team.

Did the Celtics suck because they had a string of lousy owners after Walter Brown passed away? No.

A miserable frowning face on the decaying head of a decapitated minuteman who likely after defecting to the British, got shot in the forehead by Pat Patriot, leaving a star-shaped hole behind.

I don't care what you think it represents, you're not putting that ugly thing on my team's helmets and making us wear enemy colors.

Posting to remind myself to re read this when I'm sober

PatsFans.com Supporter
I don’t have a clue what you’re talking about but I admire the passion

Flying Elvis for the win!

One too many wine coolers at the barbecue.

and yes, the patriots sucked. They were the Arizona Cardinals before the kraft era began, a few great players (Grogan, Hannah, etc) and the occasional big moment but they never came to anything and playoff appearancnes were few and far between.

The Patriots only got to the Superbowl once in the entire pre-Kraft era (people forget that the Bledsoe era was also under Kraft, he bought the team in 1994). That's pretty sucky.

Patsfanin Philly said:
I would argue the Patriots only sucked from 1967-1975 but not since then. From 1976 on they have had 34 winning seasons and only 8 losing ones.

I don't know if you're old enough, but the period between 1989 -94 was pretty tough for Pats fans. We had "one" season that could be considered fun in '91 watching Hugh Millen pull a couple horseshoes out of his *** and then seeing Dick MacPherson(a fellow Maine boy) jump around like a lunatic high-fiving his players and hugging them. From all of the crap that ensued following the embarrassment of SB XX, the scandals under the Sullivans, Victor Kiam threatening to move the team and crumbling Sullivan Stadium...throw in with the abysmal seasons of 1990 and 1992 and you have some pretty low years.

fair catch fryar said:
I don't know if you're old enough, but the period between 1989 -94 was pretty tough for Pats fans. We had "one" season that could be considered fun in '91 watching Hugh Millen pull a couple horseshoes out of his *** and then seeing Dick MacPherson(a fellow Maine boy) jump around like a lunatic high-fiving his players and hugging them. From all of the crap that ensued following the embarrassment of SB XX, the scandals under the Sullivans, Victor Kiam threatening to move the team and crumbling Sullivan Stadium...throw in with the abysmal seasons of 1990 and 1992 and you have some pretty low years.
Click to expand...

So the problem with crybabying about it is that it was three (3) seasons.

Super Bowl XX was not an embarrassment. The Patriots deserved to be there, they were the best team in the AFC, they won fair and square, and getting blown out was virtually a foregone conclusion when Berry started Eason. Pete Axthelm laughing about it on the pregame show was understandable.

A bunch of injuries, retirements and the clock mercifully running out on Berry/Eason occurred in 1989, after being very competitive in the 80's.

Kiam keeps Flutie = Playoffs, at least. There were still good players on the team.

'Scandals' consist of the Sullivans' financial disaster. That ended with Orthwein's purchase.

The stadium was indeed old, and always cheap. But there are legions of fans like me who will tell you about its charm, intimacy and the MANY great wins there, from the first in
1971, to the last in 2002.

Which is a good thing. But like Whac-A-Mole, the very real, new possibility emerged that the franchise would move...but back to the stadium. We were not going anywhere without the lease being bought out. And Kraft wasn't selling.

1992 saw Scar as interim head coach, including two exciting wins and then competitive losses after the blowout in Atlanta. But we still had our helmets and uni's, and the first pick in the draft.

Then, Sir Stallions of St. Louis liked playing with new logos so much, he decided to ruin ours.

New Head Coach Bill ("Let's put him in the Pats' Hall of Fame") Parcells gave a politically correct response to the media on the subject (something like, "We'll play in whatever they give us to put on") but especially from his time here in 1980 he totally preferred our real logo.

Upon arriving in New York in 1997, the very first thing he did was to demand, "We are going back to our roots, our heritage, the look we're identified with and won in."

Reminiscing on anniversary of day the Patriots introduced their new logo

On that dreadful, sad day, a guy walked up to Pat Harlow, and asked what he thought of the new look.

The man then abruptly walked away. Parcells then went up to Pat and asked, "What did you say to that guy?" Harlow told him and said "So what?" Tuna replied, "That's the guy who created them."
Last edited: Jul 5, 2020

Simpelton said:
They were the Arizona Cardinals before the kraft era began
Click to expand...

Nothing against Jim Hart or Neil Lomax, but the Cardinals, Lions, Browns, Jets, Chiefs, Chargers, Oilers, Colts, Bucs, Seahawks, Eagles, Rams, Saints and Falcons cannot claim to be better than the Patriots of the era. The Bengals lost two Super Bowls, the Bills lost four and the Broncos lost four but not them or any other team can claim to be as worthy of being world champions as the 1976 Patriots.

few
/fyo͞o/
1. a small number of.
2. used to emphasize how small a number of people or things is.

Besides...Dallas? Pittsburgh? No other teams in football with as many as the Patriots.

Unless you think 'great' and 'ballyhooed' are synonyms.

Simpelton said:
and the occasional big moment
Click to expand...

Simpelton said:
they never came to anything
Click to expand...

Oh, if you don't believe that, just imagine the Patriots this century without Troy Brown.

Go ahead. Stop and think about it.

Simpelton said:
playoff appearancnes were few and far between
Click to expand...

Why am I suddenly thinking of Rabbits?

Yeah, post-1990 it's watered down. It was not only tougher just to qualify for the playoffs, but also the Pats played in the AFC, which was the iron of the league until 1984.

Simpelton said:
The Patriots only got to the Superbowl once in the entire pre-Kraft era
Click to expand...

Again, thank you Ben Dreith etc., but there are still a dozen other teams in the NFL who would have killed for the players and success of the Patriots. Not to mention who never made it to the AFL title game or Super Bowl.

Simpelton said:
and yes, the patriots sucked.
Click to expand...

Sure, with the premise that the NFL as a product sucks. All but a handful of teams in the NFL suck. Football sucks.

After 1971 the Patriots are hands down better than the Jets and Colts. And Bills, until 1990, but again, if Flutie were kept here, that IS a very different story. They should have thanked Kiam formally because that allowed them to get four straight AFC titles.

That's not suckage. It's not even mediocrity.

And I can provide you with nine-year stretches of futility as bad or worse than that for any other team in football. 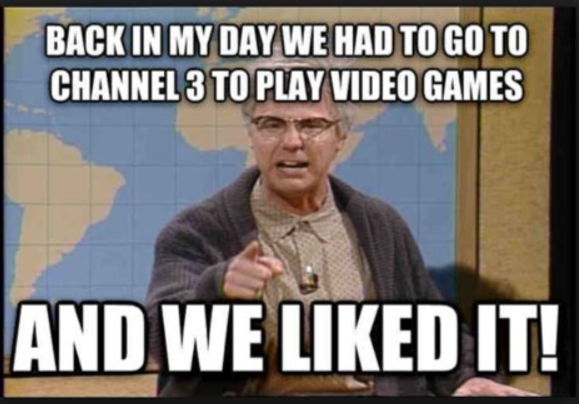 Actual Pats Fan said:
And I can provide you with nine-year stretches of futility as bad or worse than that for any other team in football.
Click to expand...


Batman said:
Flying Elvis for the win!
Click to expand...

Tell me all about how we didn't "statistically" suck. Then talk to me about rings. The bar has been raised.

I have to admit, the late 60s to early 70s were in my formative yoot, so there's that. There were also great moments in the cartoon-logo years.

I don't get your tie-in to the confederate flag thing, other than you're prattling on about a lost cause. It's ironic, because in the old cartoon helmet there's no nod to the American flag... whereas the American flag is built into the flying Elvis logo.

It's just a better logo, APF, and whatever the happy juice tells you, it's got a better history.

Its a rich history and worthy of discussion, I wouldn't trade it for any other team. I do miss the 80's NFL and the 80's Pats though, loved the physicality and the "stone age" style.

Patsfanin Philly said:
Steelers pre-70, Bengals, Cardinals,Browns, Lions,yes.... but any other team???? Please do because I think that 9 year stretch has to be among top 20 worst stretches in NFL history....
Click to expand...

On it. Will check in soon.
N

203Pat said:
One too many wine coolers at the barbecue.
Click to expand...

Maybe more than one...