THIS IS OUR LIVE GAME DAY THREAD:

This is where we gather to follow things on Game Day. Obviously, emotions tend to be high so if anyone gets a little crazy, the use of the “Mute” button is encouraged on anyone who may be annoying to you to control your experience and to allow the moderators to also enjoy the game.

At the same time, please take a deep breath before over-reacting for the sake of making this a pleasant experience for everyone.


It is amazing that "negative take" people always think they are realistic and logical. When in fact, Negative Nancies and Homers are the opposite sides of the same coin. Nancy is overly negative and Homer is overly positive - no discernable difference. At least Homer is happy in his/her delusion.
Last edited: Sep 20, 2022

One-If-By-Sea said:
It is amazing that "negative take" people always think they are realistic and logical. When in fact, Negative Nancies and Homers are the opposite sides of the same coin. Nancy is overly negative and Homer is overly positive - no discernable difference. At least Homer is happy in his/her delusion.
Click to expand...

This is beyond simplistic. It's not one way or the other.

Zuma said:
This is beyond simplistic. It's not one way or the other.
Click to expand...


Your life is as simple or as complicated as you want it to be.

One-If-By-Sea said:
Your life is as simple or as complicated as you want it to be.
Click to expand...

A bird in the hand is worth two in the bush

Zuma said:
A bird in the hand is worth two in the bush
Click to expand...


I tell myself that at least once a month. It's true.
V

This thread got deep, yo

gitgronked82 said:
There’s really no scenario where you have this many guys that are either talented or heavy $ investments and everyone gets enough targets every week for people to feel like each guy is producing enough. Unless Mac is throwing for 500 yards a game, it’s just not going to happen.
Click to expand...

And Dorothy Parker DOUBLING Bourne's snaps while producing... NOTHING?!?

Zuma said:
A bird in the hand is worth two in the bush
Click to expand...

There's also a town east of us, in Lancaster county, named Bird-In-Hand, next to the town of... Intercourse...

Staff member
PatsFans.com Supporter
Great block by Lil Jordan and the O-Line on this play:

ashley1992 said:
This was a very good play design:


On that same play Parker was being shaded by that inside Defender who had a double responsibility on that play. Might explain why Parker isn't getting that many looks from Mac he's drawing a couple of Defenders.

captain stone said:
Nothing for Both TEs... COMBINED?!?!

And Dorothy Parker DOUBLING Bourne's snaps while producing... NOTHING?!?

I wish the plays that did go to those guys were more successful/efficient- the back shoulder ball to davante, the flat route to Henry…
But I don’t see it as anything remotely close to what you’re saying. Given that jakobi and Agholor both had about 100 yards themselves and were able to consistently beat man coverage, and kendrick did a good job as well, I don’t care much about the distribution of yardage among our weapons.
I think just more so as a broader point, I don’t believe it to be worth it to worry about the “production” of each guy this year with there being so many pass catchers. Targets and such can be volatile. Sometimes your route is the right read, sometimes it’s not. Sometimes your position/role is a big part of the gameplan, sometimes it’s not.

I would agree that Parker hasn’t been too successful when called upon so far and I’d be happy giving some of his snap share to kendrick going forward.
C

ashley1992 said:
Great block by Lil Jordan and the O-Line on this play:

He's thinking and looking more than those two predecessors.

He does not pass as effectively as Tony & Drew did early in their careers, but neither did Brady.

He DOES need to learn and develop a lot.

PatsFan2 said:
IF Mac was like Bledsoe even thought he had his flaws I would be very happy I don't think he is. Bledsoe was a decent to good QB Mac right now is average maybe closer to below. Mac is closer to the bottom until he proves otherwise.
Click to expand...

Drew could pass the ball.

New England's offensive performance was undoubtedly better than a week ago, and the ability to successfully beat man coverage is a massive step in the right direction.
Click to expand...

Patriots head coach Bill Belichick gave a detailed answer to a question about the team's lack of play-action attempts through two weeks, explaining that play-action doesn't have the same impact against teams that blitz at a high rate and use man coverage more frequently. As you'd expect, Belichick's reasoning is sound. With the Pats putting on tape that they can beat man coverage, maybe that leads to more zone and an uptick of play-action.
Click to expand...

Overall, the coaches tape was much kinder to Patriots quarterback Mac Jones than our live viewing. Yes, he had two turnover-worthy plays and a few reads he'd like to have back. But Mac consistently made competitive throws against man coverage and read leverage/help well.
Click to expand... 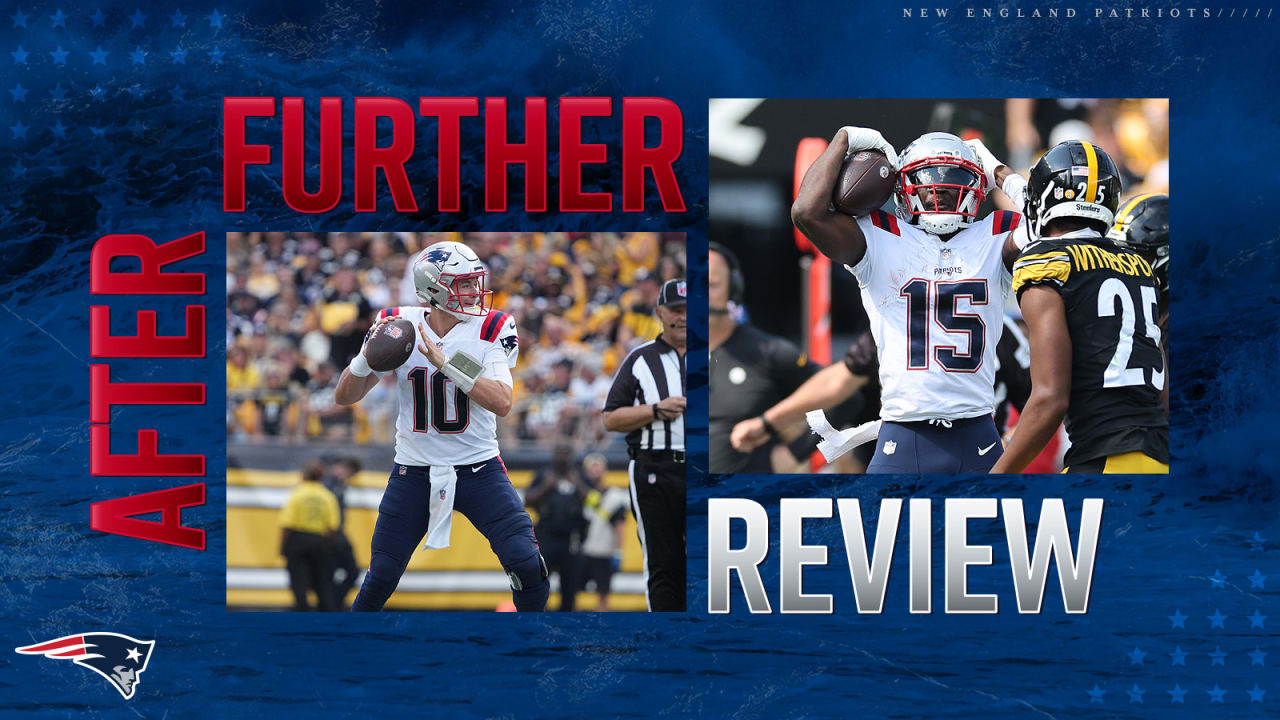 The Patriots offense made the Steelers pay for playing man coverage on Sunday.