Patriots have spoken to every team about QBs 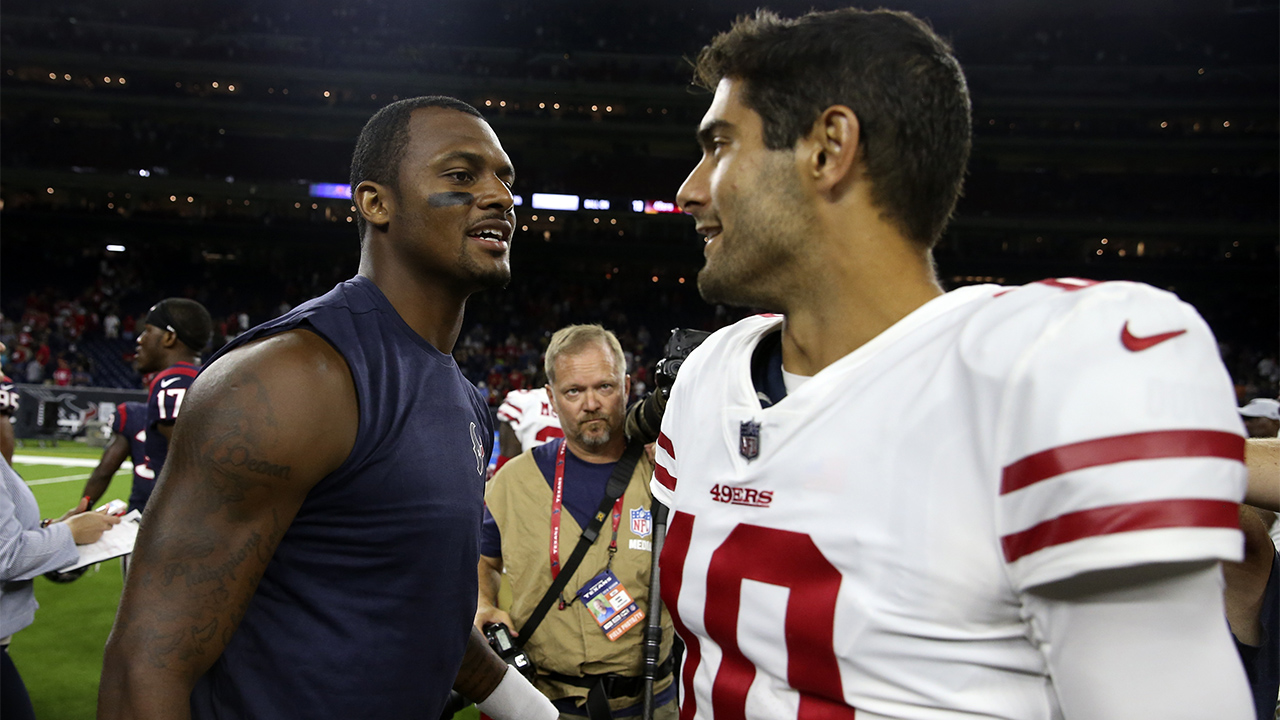 Well, every team that seems poised to move their QB. I doubt they're talking much to the Bucs about their guy
P

So basically the have inquired about every target they might target.
N

Sicilian said:
Well, every team that seems poised to move their QB. I doubt they're talking much to the Bucs about their guy
Click to expand...

Sicilian said:
Well, every team that seems poised to move their QB. I doubt they're talking much to the Bucs about their guy
Click to expand...

BA: Sorry Bill, just been really busy with stuff...saw you texted like 32 times, lol. Hadn’t checked my text messages in weeks though been really busy. Can u just tell me what you wanna talk about b4 I call u?
R

Cousin,
I am willing to bet they have not.
It's not time for arrogance.
Lets list those who can bring us playoffs:
Watson
Wilson
Big Ben (That's right...I said it)
Andrew Luck (that's right again....I said it) It's at least worth a phone call.

Let's list those who could help but are not going to be traded:
Jimmie G (unless the Niners get Wilson or Watson)
Derek Carr
Dak Prescott

Let's list those who might bring us a few more wins but have age or contract issues:
Matt Ryan
(or Dak Presecott)
Alex Smith
Fitzpatrick

List of those who might be a throwing improvement but are a crap shoot if we win more games:
Cousins (Minn. might be looking to rebuild. We might take a shot at TE Kyle Rudolph too)
Mariota (Most likely. We had a chance last year but the typical Pats "We're smarter than you. We always wait until we are left with crumbs", caused the mexican hat dance to bypass Mariota for Cam. So now it'll cost us more plus a pick)).
Minshew (Best value)
Kyle Allen (we sought him two years ago)
Darnold (I can't figure him out but would not spend anymore than a fourth)
Trubisky (FA but still young. Bad habits)
Daniel Jones (yep..... they would move him.)
Locke (they would trade him to get more draft capitol but idealy want a vet QB)

Rookies we have to wait on that could be available but get back to me in three years:
Jones
Trask
Give up the farm for Wilson (saw this scenario)
Drafting 15th overall, New England is in virtual no-man’s land when it comes to drafting one of this year’s top passers. However, Phil Perry has an easy fix to that problem: packaging that pick together with two second-round selection (No. 46 overall, plus a 2022 choice) to move up the board in a trade with the Atlanta Falcons. In this scenario, the move would allow the Patriots to select Zach Wilson — one of the top passers available this year, and the possible QB2 behind consensus number one pick Trevor Lawrence. New England would pay a steep price, but as Phil points out: it might be worth it for a player of Wilson’s caliber.

The Patriots, by the way, would later recoup a second-round selection by trading Stephon Gilmore to the San Francisco 49ers for the 43rd overall pick.

The incredible or impossible trade scenarios:
Watson
Wilson
Here is one off the wall. Would you trade three first rounders to a rebuilding Team LAC for Justin Herbert? We would do three for those first two and have a big contract as well.

Some Fans say BB is only going to trade or make a Draft selection with the future in mind. I say....nyet! He's got pride and is going for it.
He's in win now with a Super Bowl goal

Now I add a little more spice for the pitchfork and torch element on this site:
I trade for Orlando Brown Jr. of the Ravens (he wants to be a left Tackle and they are forcing him right side) for Cannon and a third rounder (they do not have a third Rounder). So now we have to massage the second rounder we got back form the Niners.

My NEXT twist would be swap Hightower for Ertz. The Eagles need a LB and we need a TE.

We get OL protection (Wynn has made the All IR List Team) and a Vet TE for our shinny new QB and save some CAP room.

@DW Toys
No Fitzpatrick anywhere on any of your lists?

PatsFans.com Supporter
I figured as much....Howe even said the same today over at The Athletic ....

Good, I want the Pats to stand pat and let the market come to us. The only QB's I'd sell out for are:

And all of the three are too damn expensive that they'd set the franchise back for YEARS in terms of draft/player capital....

So, let's just do something like Mariota or Cam + a rookie....
S

Think the Chiefs would take Harry and a 7th for Mahomes? I really think that's a fair deal. The 7th might be an overpay though.
S

I would go for the Wilson draft scenario and then be run off the PatsFans.com forum for even mentioning it.

If he gets cut send the Pat's plane to get him. Then sign Allen Robinson and Hunter Henry or trade for Njoku. Draft a QB in the 4th.

PatsFans.com Supporter
2020 Weekly NFL Picks Winner
I can only hope they have called Tampa to inquire about the availibilty of their QB.
P

RIpats88 said:
I bet the price comes down with these teams closer to march 17 when they realize no one is paying their exorbitant asking prices and may get nothing
Click to expand...

I wonder if Aaron Rodgers is secretly on the block?

They have their pick from last year.

Rodgers would most likely be beyond motivated to prove the was coaching and the organization that has kept him to only one ring.
Z

Makes sense that we check in on all options and I'm glad we aren't rushing in and overpaying. I actually think there are fewer teams than people think who are going to be interested in a free agent/trade for a mid-lower end starter, and in the end we won't have much competition if we actually want someone like Mariota, Minshew, Trubisky, Fitzpatrick, Smith etc

I'd put us, the Bears, Skins, and possibly the Broncos in that category. I think most other teams are either looking to the draft or are hoping to get a franchise guy that will involve paying up (Jets, Fins, Jags, Falcons, Panthers, 49ers etc). Those teams likely don't see an obvious improvement in free agency/via trade beyond pushing the boat out for Watson etc, even if they would like to improve on their current starter.

So Mariota and Jimmy.

borisman said:
@DW Toys
No Fitzpatrick anywhere on any of your lists?
Click to expand...

FreeTedWilliams said:
I can only hope they have called Tampa to inquire about the availibilty of their QB.
Click to expand...

Gabbert probably is better than all 3 QB's we had last season.

If he gets cut send the Pat's plane to get him. Then sign Allen Robinson and Hunter Henry or trade for Njoku. Draft a QB in the 4th.
Click to expand...

I forgot him too. He is a FA Cousin.
DW Toys

borisman said:
@DW Toys
No Fitzpatrick anywhere on any of your lists?
Click to expand...

Fixed it.
DW Toys
You must log in or register to reply here.