Staff member
Today in Patriots History
'Cut That Meat' Game​
The iconic play of this game occurred in the second quarter when Tedy Bruschi turned a routine play into a signature moment, ripping the ball away from Dominic Rhodes for a takeaway. Before the game was over the crowd in Foxborough was mocking quarterback/television commercial endorser Peyton Manning with 'Cut That Meat' chants.


The play looked rather routine. Patriots linebacker Tedy Bruschi tackled running back Dominic Rhodes, who had just caught a second-quarter Peyton Manning screen pass.​
​
But when Bruschi popped up, he turned toward the Indianapolis bench and presented it with another surprise on a stunning day. He showed it the football.​
​
Save a two-minute drill at the end of the half, Bruschi and the Patriots defense got the Colts every time. New England held its visitors to its lowest point total since Manning arrived seven years ago and rolled Indianapolis 20-3 in yesterday’s AFC playoff game at Gillette Stadium.​
​
As usual, Bruschi led the defense, forcing a fumble and recovering two. He also hopped and yapped after every big play, taunting some Colts he felt disrespected the Pats with well-publicized comments leading up to the game.​
​
Yesterday’s set of big plays started when he wrestled with Rhodes. Reading the screen, Bruschi shed Colts center Jeff Saturday and hit Rhodes for what appeared to be a two-yard loss. But Bruschi wagged the ball toward the Colts sideline, and officials signaled Patriots possession, ending Indy’s best drive to that point.​
​
In the fourth quarter, he helped seal the game in the secondary. Reggie Wayne caught a Manning pass over the middle and ran into Pats safety Rodney Harrison, whose hit jarred the ball loose. It had barely bounced before Bruschi fell on it.​

The Patriots Deliver Yet Another Cold Slap to Manning (Published 2005)


The Colts entered the game with the most decorated offense in recent league history. The Patriots walked onto the field with a secondary built with patchwork and guts. But after a season in which Manning threw a record 49 touchdown passes, he could not even muster one against New England.​
​
But on Sunday, with three defensive starters out with injuries -- cornerbacks Ty Law and Tyrone Poole and end Richard Seymour -- New England still knocked the Colts' receivers around once they emerged from their 5-yard cushion. The Patriots used linebackers, the young cornerbacks Asante Samuel and Randall Gay, and even the receiver-turned-cornerback Troy Brown to disrupt the Colts' routes.​
​
"What are they going to do next?" Brown said of league officials' decision to reinforce the illegal-contact rule this season.​
​
Then there was the snow, which, as it did in the championship game last season, swarmed into the stadium, falling in damp clumps.​
​
"It played right into our hands," said Patriots safety Rodney Harrison, who intercepted Manning's final pass of the game. "He wasn't the same. It's not 70 degrees inside. It's not a dome."​

Until someone steps up and proves otherwise, the Patriots own the Colts and the rest of the NFL.
www.espn.com


The New England Patriots had heard the predictions of their postseason demise from the naysayers who said they couldn't stop Indianapolis Colts quarterback Peyton Manning and his stable of big-play performers.​
​
But these are the champions, playing at home, and on a snowy, emotional Sunday afternoon, the Patriots kept hope alive for a third Super Bowl title in four years with a methodical 20-3 victory that ended Manning's dream season with yet another nightmare finish.​
​
"I told someone today I felt like there had been more hype over this game than there was for the Super Bowl last year," Patriots safety Rodney Harrison said. "There was a lot of doubt about it, and it ticked us off more and more. It ticked us off that no one gave us respect. I couldn't even sleep last night."​
​
Manning, who passed for an NFL record 49 touchdowns in the regular season, is 0-7 against the Patriots in Foxboro ...​
​
The Patriots prevailed Sunday mostly because their offense became their best defense. Three of their four scoring drives covered 78, 87 and 94 yards and consumed 9:07, 8:16 and 7:24. It must have seemed like an eternity to Manning and his offense, bundled up against the cold on the sideline and unable to get back onto the field as the Patriots marched toward the goal line.​

The two clubs entered this game as teams headed in polar opposite directions. The Chiefs were the NFL's hottest team, on an 11-game winning streak after defeating Houston 30-0 in a wild card game. Meanwhile the Pats limped to the finish line, losing four of their final six contests. With several Patriots recovering from injuries - and the media in a frenzy after Chandler Jones showed up shirtless and reeking of weed at the Foxborough police station - KC was the trendy pick to win in an upset.

Julian Edelman caught ten passes for 100 yards, returning from a broken foot while the Pats went 2-4 without him. Rob Gronkowski had seven receptions for 83 yards and two touchdowns, and also recovered an onside kick to seal the victory.

The crowd became energized when Tom Brady took off for a ten yard run late in the second quarter, taking a hard hit just short of the goal line. On the next play Brady (28-42, 302 yards, 2 TD, 0 Int) snuck in for a touchdown, giving the Pats a 14-6 halftime lead.

Andy Reid once again had some questionable clock management, with the Chiefs using up 5:16 late in the fourth quarter while down by 14 points. KC held an advantage in almost every statistical category, but the Patriots held the lead for almost the entire game. The Chiefs ran 29 more plays on offense (85-56) and held the ball for over 15 more minutes than the Pats (37:51-22:09), but could not come up with a big play when needed. 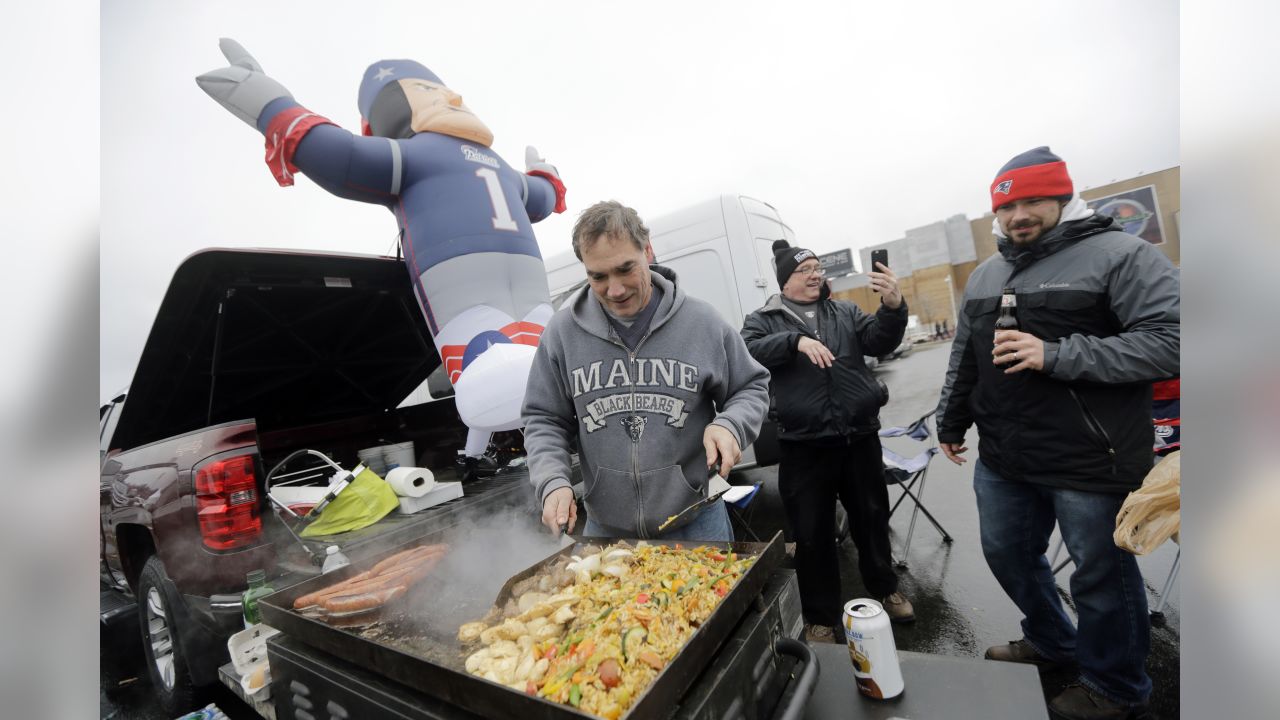 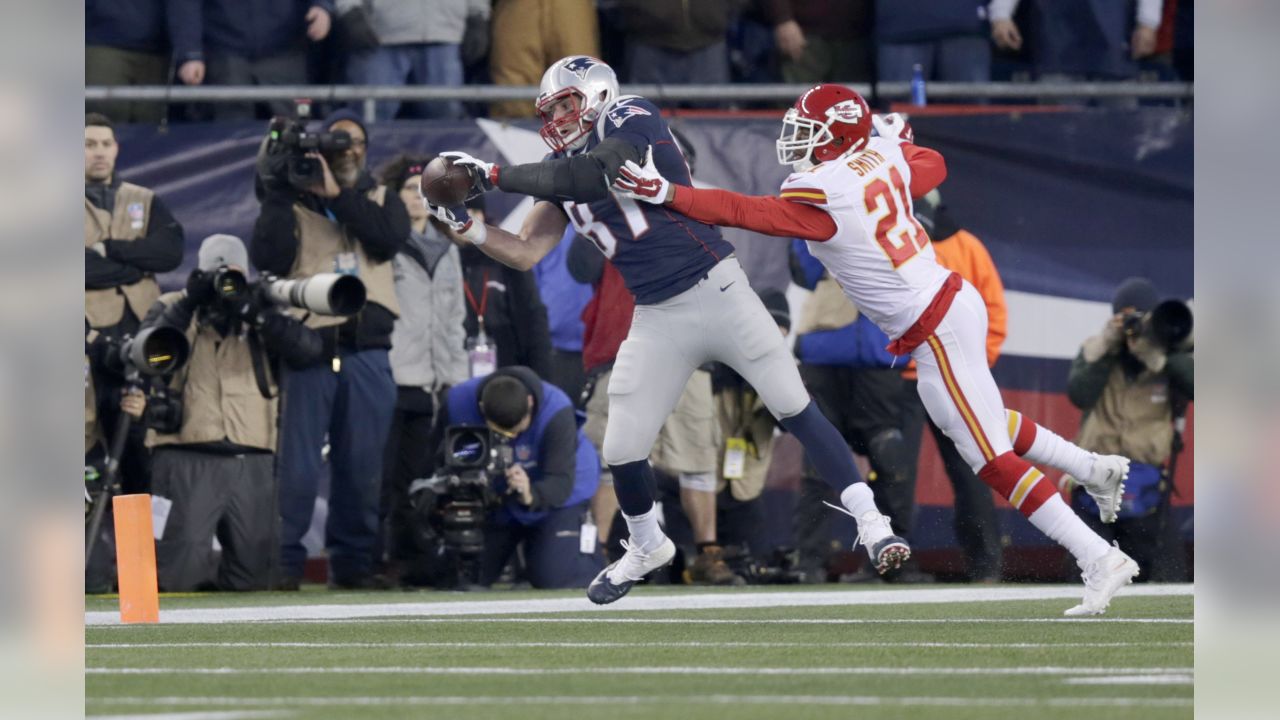 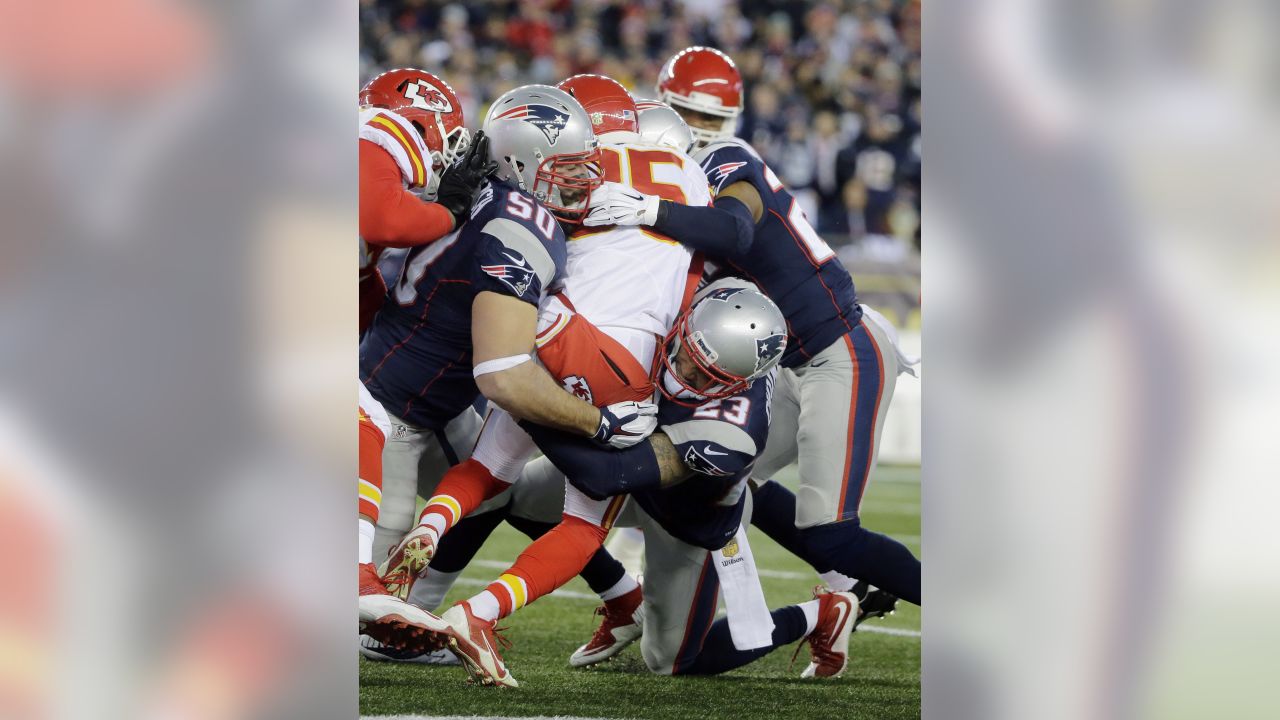 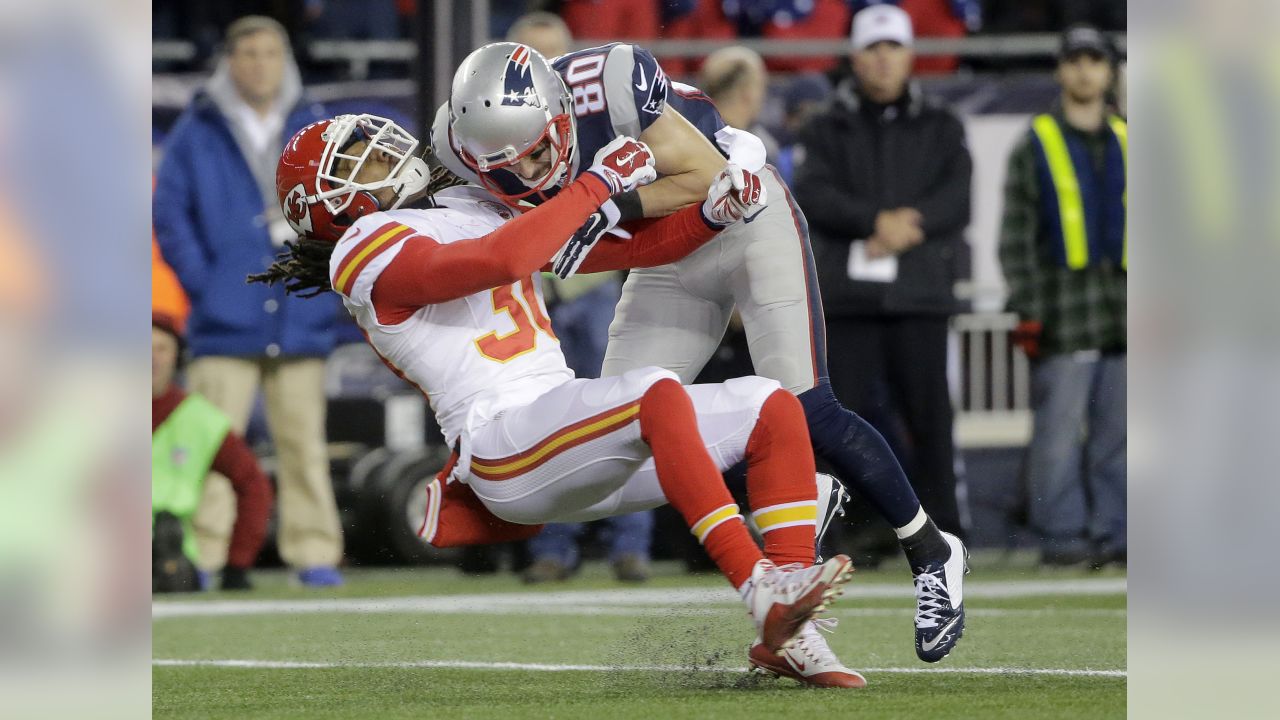 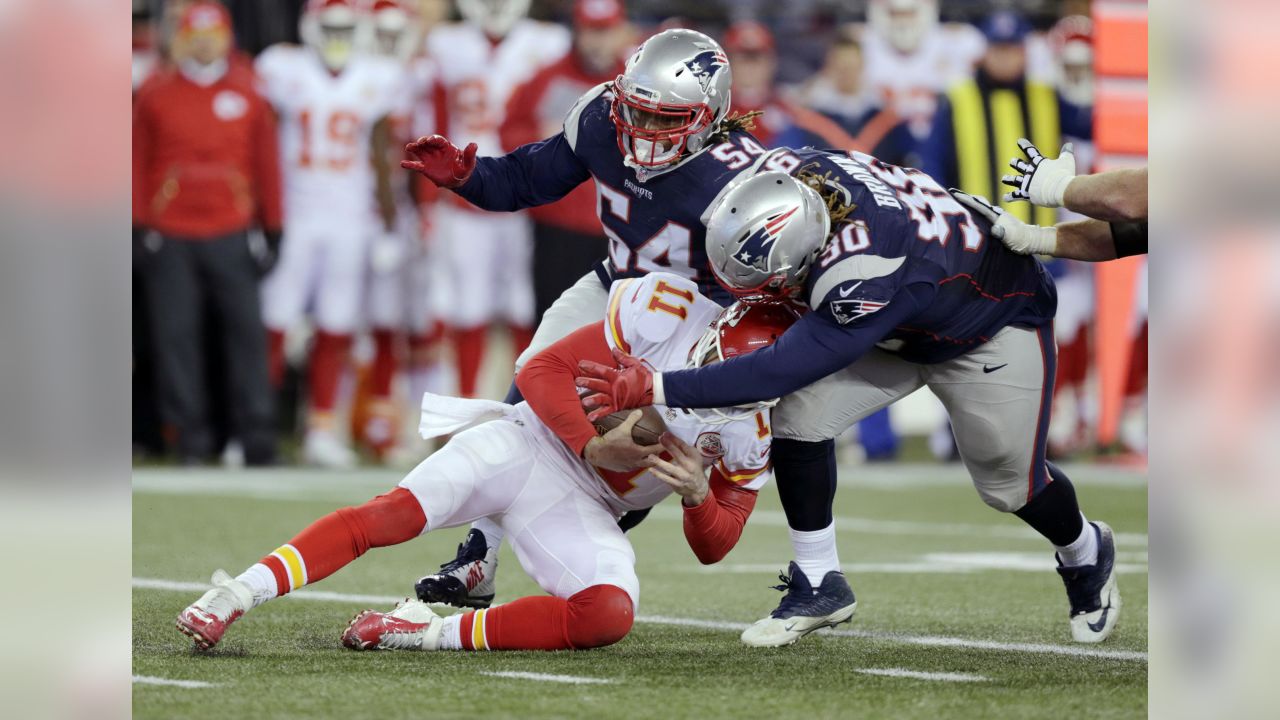 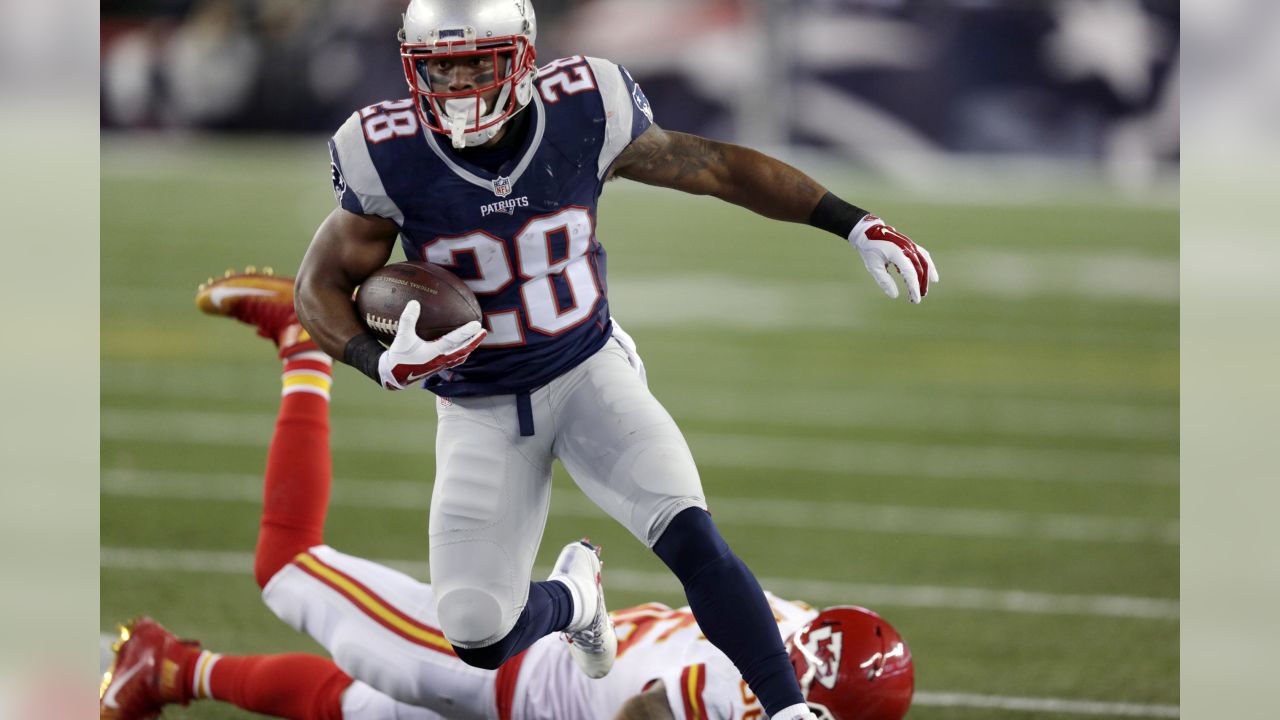 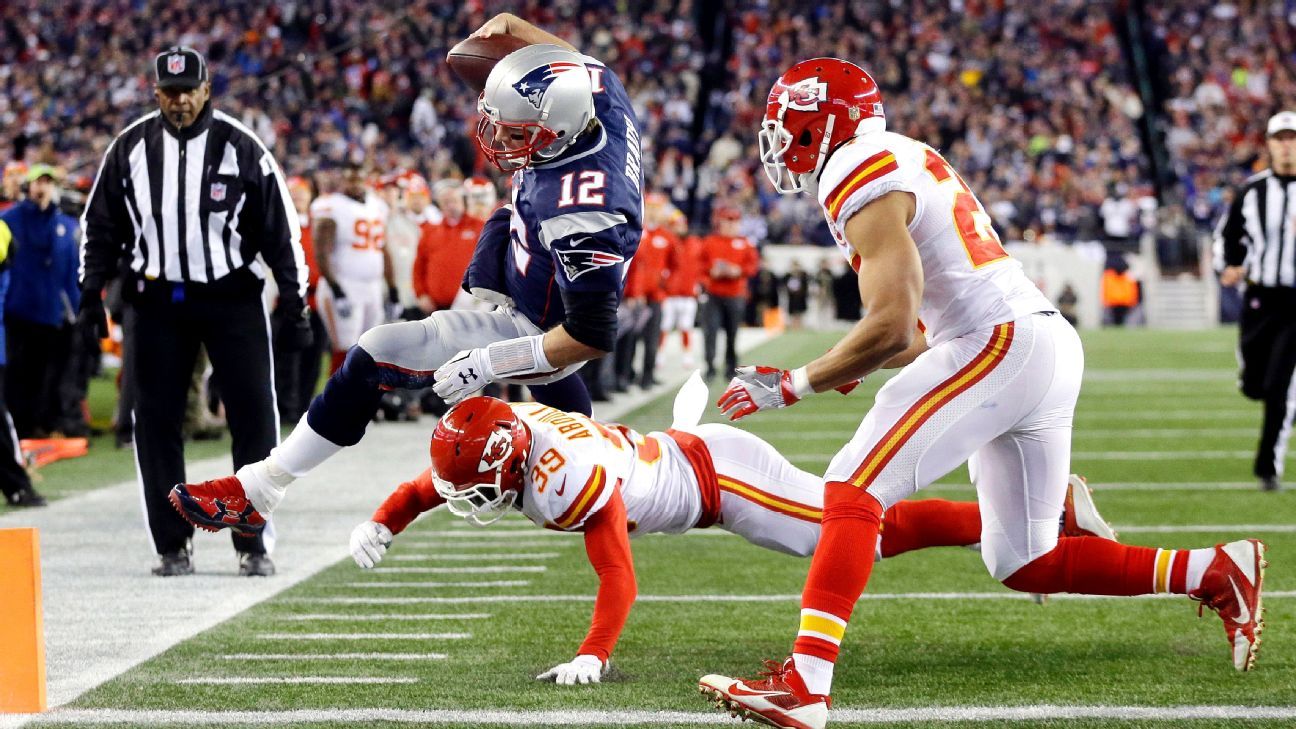 The concept of Next Man Up doesn't apply to the Patriots QB, who's the heart, soul and emotional center of a team that's one step closer to the only game that matters, writes Jackie MacMullan. 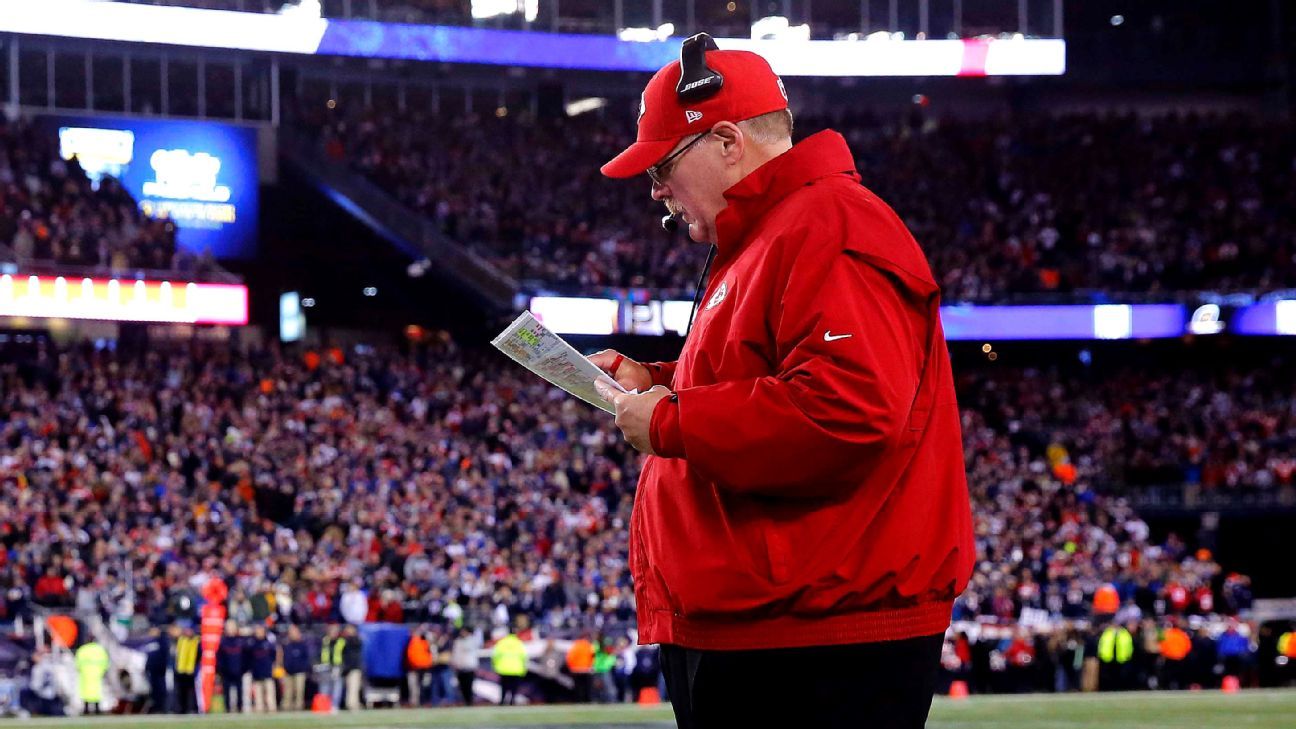 Declining to use any timeouts during the fourth-quarter drive that got KC within a touchdown left the Chiefs with little hope to tie the game. 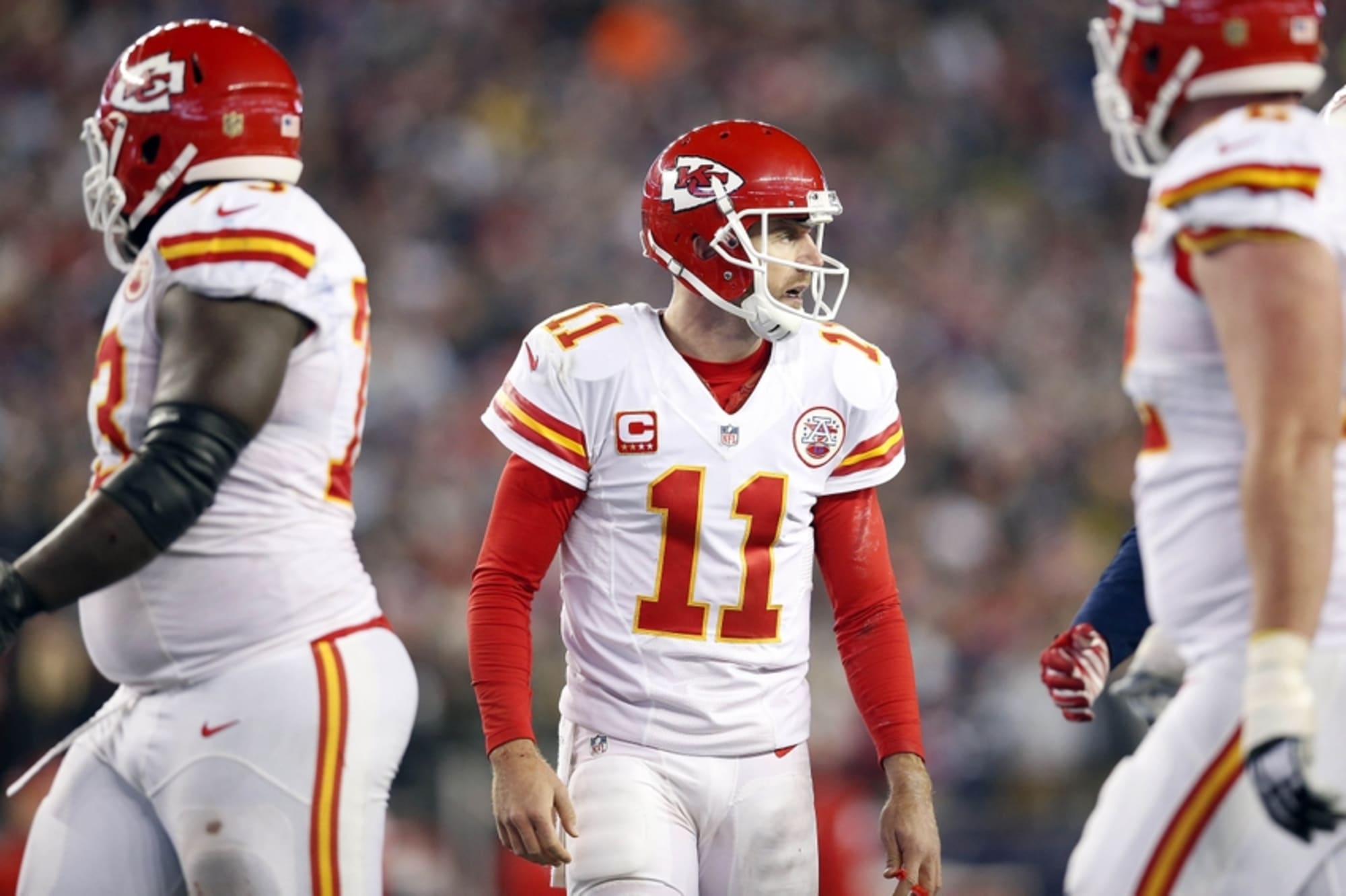 What Went Wrong for Kansas City Chiefs in Divisional Playoffs?

When it was all said and done, Andy Reid’s team just didn’t have enough horses to beat the defending Super Bowl champions. It was nice while it lasted.... 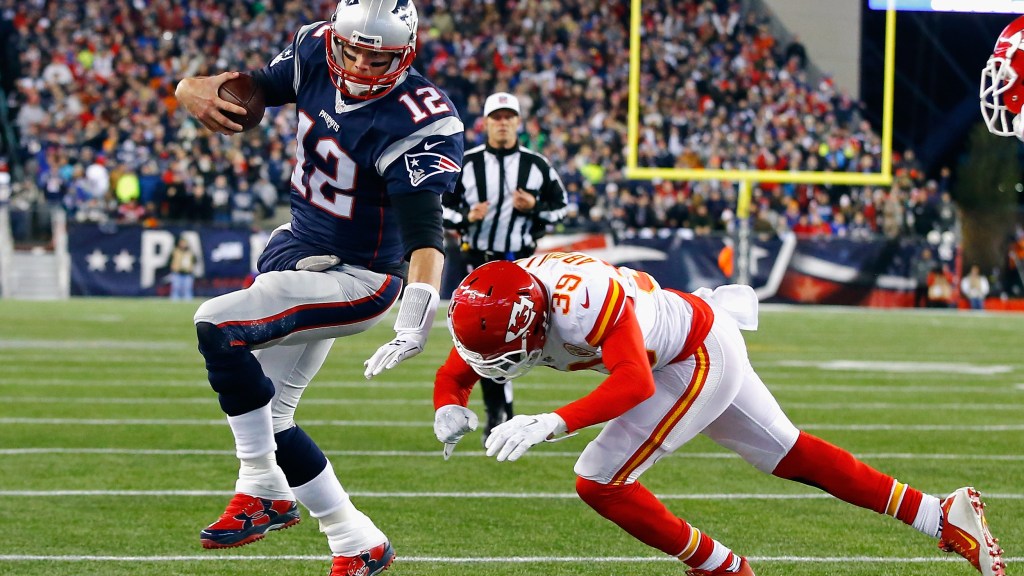 In the 2016 AFC Divisional Playoff game, the Kansas City Chiefs went to Foxboro to take on the New England Patriots. Tom Brady passed for 302 yards and two touchdowns. The defense held Chiefs quart…

The Patriots did just enough wrong to lose this game. Late in the first half Patrick Chung audibled for a direct snap out of a punt formation and failed to run for the first down. The Jets took advantage a few plays later, scoring a touchdown with 33 seconds to go to take a 14-3 lead. The Pats scored late in the third quarter to pull within four, then a couple plays later Jerricho Cotchery took a short pass and ran 58 yards to set up another Jet touchdown, early in the fourth quarter.

New England used up 7:45 on the ensuing drive and came away empty handed, again turning the ball over on downs. The Pats kicked a field goal on their next possession to pull within seven at the two minute warning. That was followed by an onside kick that was not only recovered by the Jets, but run back to the 20 yard line. Two plays later the Jets scored again, giving them an insurmountable 14 point lead with 1:40 to play. Brady was sacked five times and the first eight possessions consisted of a pick, FG, back-to-back three and outs, the failed trick play on 4th down, end of the half and two more punts before the offense finally came alive late.

Brian Stenger was originally signed by the Steelers in 1969 as an undrafted rookie out of Notre Dame. He played in ten games with two starts and two fumble recoveries in 1973 with the Patriots, before going on injured reserve on November 28.

The following year he was re-signed by the Patriots, and was also drafted by the Florida Blazers of the World Football League. Stenger departed to play in the WFL, first with the Detroit Wheels and then the Southern California Sun.


Happy 48th birthday to Daryl Porter
Born January 16, 1974 in Fort Lauderdale
Patriot DB, 2002 offseason
Signed as a veteran free agent on May 8, 2002
The Boston College graduate was a sixth round draft pick by Pittsburgh in 1997. He played safety, nickel corner and special teams in 55 games for the Lions, Bills and Titans from 1997-2001. Porter did not make the roster out of training camp, ending his NFL career. He now works as a high school football coach in south Florida.


Happy 32nd birthday to Joseph Fauria
Born January 16, 1990 in Northridge, California
Patriots TE, 2018 (practice squad)
Signed as a free agent on November 18, 2015
The nephew of former Patriot Christian Fauria went undrafted out of UCLA in 2013. He signed with the Lions and showed promise as rookie, catching seven touchdowns that year. The following season he suffered an ankle injury and his career never got back on track. Foxborough was his final NFL stop; the Pats released him on December 8, 2015. He totaled 24 receptions for 281 yards with eight touchdowns in 23 games. Fauria keeps himself busy these days with sports podcasts out of Los Angeles.
C

A Winner, a Like...and a Sad, in that order...
You must log in or register to reply here.