April 16 in Pats History: Happy Birthday to Joe Cardona and three others

The Navy alum has played in all 108 regular and postseason games since being drafted. The fact that you never hear his name is a very good thing based on his position. The Pats are 9-3 in the playoffs with Cardona on their roster, and he owns two Super Bowl rings. 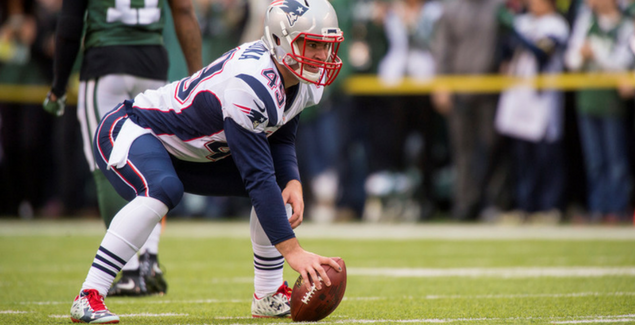 The 6'2 Bolton started 45 games at right corner in four seasons with New England. He had 18 interceptions during that time before moving on to the Cleveland Browns for seven more NFL seasons. Ron is now a defensive backs coach at Norfolk State, his alma mater.

From the 1975 Patriots Media Guide:


played four years at Norfolk State as a tarter and earned a reputations as a speed-demon and return specialist . . . covered the likes of Raymond Chester, Moses Denson and Frank Lewis during his collegiate career in which he had 19 interceptions . . . played in all 14 games (five as starter) as a rookie . . . started all 14 games in "sophomore jinx" year . . . had a 56-yard interception return versus Philadelphia in 1973 . . . loves the challenge of covering the likes of Charley Taylor, Paul Warfield, Harold Carmichael & co. . . . coach Fairbanks hopes all second year players show as much improvement as Bolton did from rookie to sophomore years . . . 1776 Club "Unsung Hero" Award winner in 1973, also earned John B. Kelly Trophy as Patriots most outstanding defensive player in '73 . . . caught O. J. Simpson from behind (12-9-73) prompting veteran Buffalo scribes to realize that this was an all-time-first . . . fractured wrist in fourth game of '74 season but still started every game . . . seven interceptions was good enough to lead team for second straight year . . . earned UPI honorable mention for all-AFC . . . never missed a game since joining club​

The 2020 season is Ron Bolton’s second year back on the football coaching staff at his alma mater. A former defensive backs coach at NSU from 1997-2001 and former


Bolton’s lengthy coaching career has included several stops within the MEAC as well as a stint as head coach at nearby Booker T. Washington High in Norfolk. Bolton coached the defensive backs at Howard from 2002-06 and again from 2011-16. In his first stint with the Bison, Bolton helped coach two future NFL standout defensive backs in Antoine Bethea and Ronald Bartell Jr. Howard twice attained the MEAC’s No. 1 ranking in total defense during Bolton’s first tenure, in 2005 and again in 2006.​
​
Bolton was selected in the fifth round of the 1972 NFL Draft by the New England Patriots, where he played for four seasons. Bolton went on to enjoy seven more years in the NFL with the Cleveland Browns, helping the team to the AFC Central Division title and a playoff berth in 1980.​
​
In his 11-year NFL career, Bolton played in 145 games with 120 starts. He amassed 35 interceptions and eight fumble recoveries in his career.​ 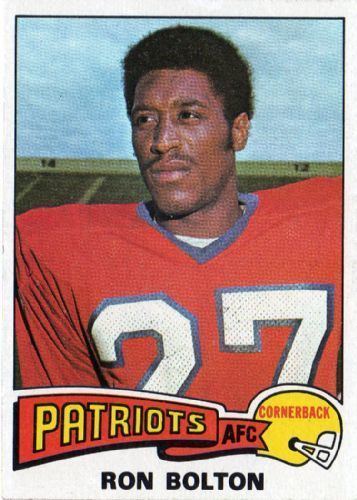 Green played in the first two games of Patriot franchise history, with three receptions for 52 yards. In the week two comeback over the New York Titans , Jerry had two catches, including one for 31 yards as the Pats roared back from a 24-7 second half deficit to win 28-24 on the final play of the game.


Green, Jerry​
​
Green played football at the Georgia Institute of Technology (Georgia Tech) and in the American Football League (AFL).​
​
Career Highlights:​
Green played as an end for Georgia Tech in the mid-1950s. In 1956, Tech had a terrific season, ranked No.4 in the nation with a record of 10-1-0 (7-1-0 in SEC). They outscored their opponents 248-47; their only loss was to No. 2 Tennessee. Tech played in the Gator Bowl, where they defeated No. 12 Pittsburgh, 21-14. During Jerry's next two seasons, Tech had a combined record of 9-8-3 and did not play in any bowl games.​
​
Green graduated in 1959, and played for the Boston Patriots of the newly-formed American Football League in 1960.​

Lewis never saw the playing field with the Patriots, but did get into two games with the Browns in '84. His brother Gary was also a tight end, with the Packers from '81 to '84.


April 16, 1988
Irving Fryar agrees to serve six months probation in return for a dismissal of weapons possession charges. He had been arrested on February 16 after a New Jersey state trooper found hollow-point bullets, a loaded shotgun, handgun and a hunting knife in Fryar's car.


April 16, 2002
Jim Whalen is hired as head trainer. He began his career as an assistant trainer with the Pats in '92-'93, then went to the University of Miami (where he had previously received his Master's in Sports Medicine) in the same role from '94-'96. Whalen then was hired as the Director of Sports Medicine at Kansas State University ('97-'99) and Director of Rehabilitation for the Bucs ('00-'01). Jim Whalen is now entering his 20th year as the Head Athletic Trainer for the New England Patriots. 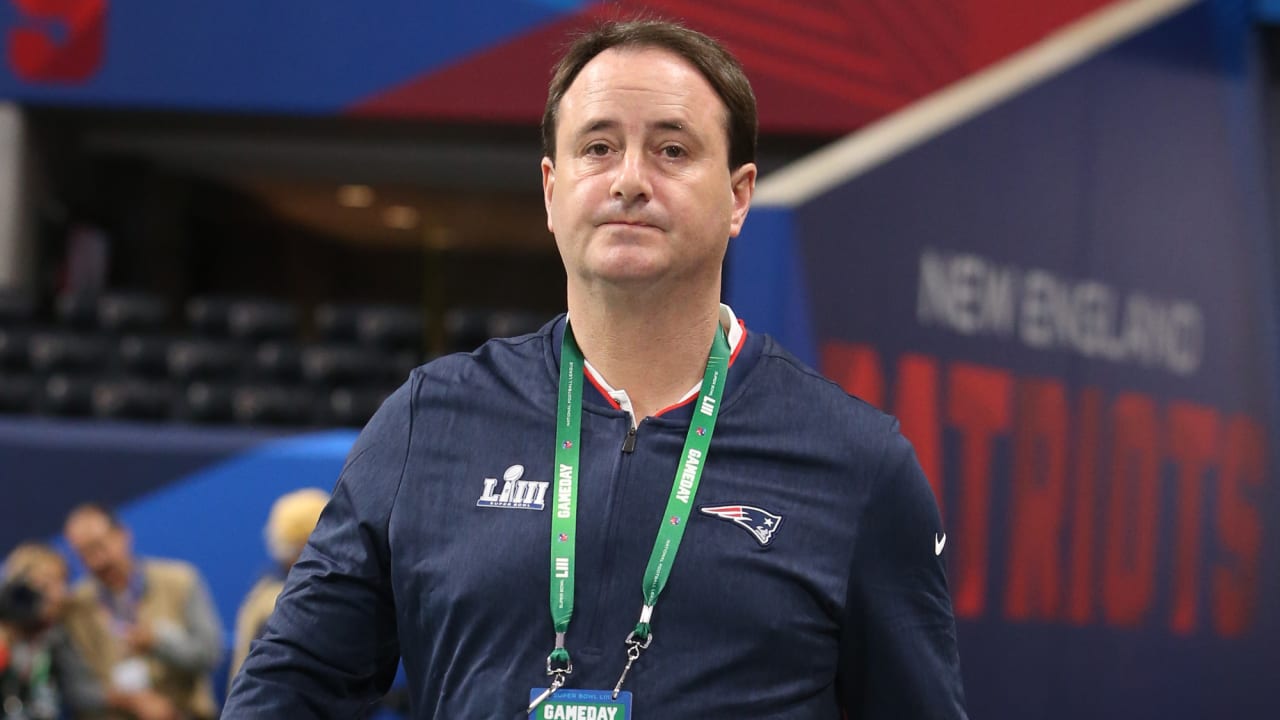 
One other pro football player with a New England connection born on this date, with a very MassHole-ish stereotype name:

Happy 73rd birthday to John Fitzgerald
Born April 16, 1948 in Southbridge, MA
Fitzy is a graduate of Southbridge High School and Boston College. He was a 4th round pick in the 1970 draft and a two-time Super Bowl champion. Fitzgerald played 137 games at center for the Dallas Cowboys from 1971 to 1980, plus another 19 games in the postseason.

After his pro football career ended Fitzgerald became a partner in Dexter & Company, an insurance and risk management firm that was founded in 1876. 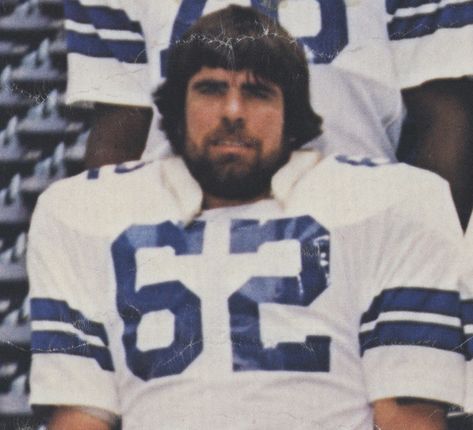 Ron Bolton - definitely one whom Chuck Fairbanks (Billy Sullivan?) should not have allowed to leave, ironically to the same Cleveland Browns team which had gladly accepted Reggie Rucker from them just one season earlier...Damn shame.

And I still don't feel that expending a 5th-round pick was really necessary to secure the services of a competent Long-Snapper...
You must log in or register to reply here.