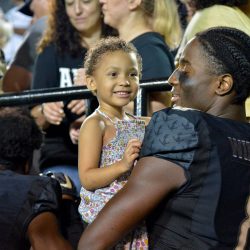 It’s been a solid preseason for Patriots defensive back Joejuan Williams, who has been terrific so far and looks like a player ready to contribute in their secondary.

What They’re Saying: Patriots’ Isaiah Wynn Showing Off “Some Nastiness In His Game” After Slow Start

After a slow start during this training camp as he continues working his way back from last year’s injury, tackle Isaiah Wynn has started to gain some momentum recently and appears poised to take over the starting job at left tackle.

Patriots training camp has seen Jonathan Jones as one of the most consistent performers in their defense, with Jones playing like a player who knows this is his chance to earn a bigger role in the team’s secondary. 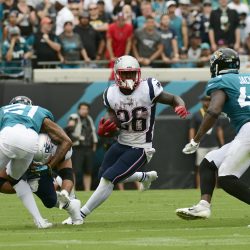 What They’re Saying: Patriots Sony Michel “Continues to Be the Top Running Back on the Depth Chart” After Strong Start

After a solid first season, Sony Michel continues to improve at training camp and appears on track to be the team’s top back again in 2019. 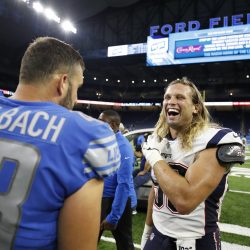 Patriots rookie defensive end Chase Winovich has had a terrific camp, with plenty of nice moments as he continues working his way into the line-up. Here’s a quick rundown of what’s been written about him after the team finished up their final public session this week. 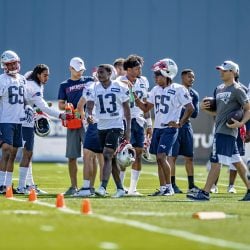 One of the more impressive players on the field today had to be rookie Joejuan Williams.. He had a couple of nice interceptions and had a few pass breakups 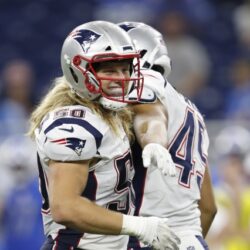 “I think there were plays – quick throws where the read was clear and the receiver was open, where he scrambled and extended the play,” Belichick said. 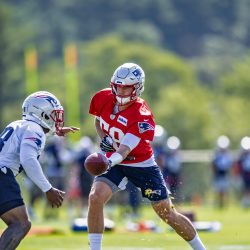 Jarrett Stidham has put in a lot of work since training camp opened for the Patriots and while it hasn’t always been pretty, there have been some bright moments recently that could put himself in position to eventually ascend the quarterback depth chart.

Patriots at Lions, Preseason Game 1, What to Watch For

Meyers is generating a ton of buzz around his play and his early grasp of the Patriots playbook but Berrios, has shown signs of life against the Lions 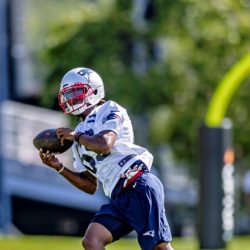 As the Patriots work with the Lions in joint practices out in Detroit, surprise receiver Jakobi Meyers continues to make a case for himself. Here’s a full rundown of what’s been written about him as he continues fighting for a spot in the offense.