Appreciation Thread- Do You Know How Lucky You Are?

You have to live outside New England as I do to truly appreciate what the Patriots have accomplished in the last seventeen plus years. As of eleven days from now, there will have been 53 Super Bowls with 106 participants or roughly 3.2 trips per team (give or take, ignoring expansion). Some unlucky souls like fans of Detroit or Cleveland have never sniffed the Super Bowl, fumbling away opportunities. More typical are fans of the Vikings or Bills who have made four trips to the Super Bowl, losing every time. Such was the fate of Patriot fans BB (Before Belichick/Brady) In the first 33 years of the Super Bowl era, the Patriots were robbed of one potential trip to the Super Bowl (thanks Ben Dreith) and went twice, playing sacrificial lamb to the Chicago Bears 46 defense that may have been the best or the second best defense of all time in 1986 and falling to the Packers and Desmond Howard a decade later…..

Fast forward to today and the Patriots are no longer the Patsies, nomads who once played a home game in Birmingham, Alabama and in baseball stadiums around Boston. They have added nine more trips to the Super Bowl in 18 seasons. Think of that, eleven trips in 53 years with 5 championships ( hopefully 6)… ……..For Bills fans who routinely tormented us in the 90’s, a championship is when you actually win a Super Bowl…. And for Jets fans whose team last played in the Super Bowl when Lyndon Johnson was President and men hadn’t landed on the moon, it’s when you’re still playing in February….For Dolphin fans, well they’re playing Springsteen’s Glory Days again and again because that’s how long it’s been since they were even in a Super Bowl (46 years). For Colts fans, it’s the real reason to hang a banner. Steeler fans are sweating that another team may match their six championships....

Think about that, when some teams dream of a trip to the playoffs, the Patriots’ ownership, players and fans have their eyes on the ultimate prize, the Lombardi trophy. Look at the way Coach Belichick handled the Lamar Hunt trophy for winning the AFC, as if it was a lovely door stop.. And the players by and large, for the ones who had done it before, it was a “ been there, done that” mentality knowing that the only truly successful season ends with the team hoisting the Lombardi trophy. While some teams dream of 8-8, or maybe if they are lucky making the playoffs, we know that we are fans of a team is always in contention to win it all and has not played a meaningless game ( i.e. out of the playoffs) in over 15 years…..and 11-5 is considered a down year. Jason McCourty tweeted that he's going to the Super Bowl..and not as a guest of his brother this time.

When the game was over on Sunday and the Patriots were still alive to fight another day, my wife asked me why I wasn’t jumping up and down. I replied, “it’s not the Super Bowl” and we’ve been in this position many times before. I almost sounded jaded and guiltily wondered how fans in Jacksonville, Houston or Minnesota or Miami , the first two never having been there and the last two having to go back thirty plus years would like to know that feeling.……….

No pink hat here, I sat in the cold rain and snow on the old metal benches at Schaffer, I mean Sullivan, I mean Foxboro stadium or whatever they called it watching what passed for football in what passed for a professional stadium. I watched as a coach was nearly electrocuted by a microphone at his initial press conference.. I watched another bug out for a return to college on the eve of a playoff game and suffered through 1-15 and 2-14 seasons…. And still I watched and rooted for them… I wore Pats jerseys and dared venture into the belly of the beast at away Jets games and in Buffalo (I’m not crazy enough to do it at the Black Hole). From a distance I watched as Robert Kraft , a season ticket holder bought the team and promised better results. Add one Hall of Fame coach , a #199 draft pick and steady ownership, resulting in the model sports franchise.

Like Russell and Auerbach’s Celtic teams of yore., this is a once in a generation,no lifetime run that we should enjoy and savor…. For we know not when it will end.

As Patriots fans, we are lucky, fortunate and blessed to be fans of such a franchise…. When the UPS delivery man comes in the office , just shakes his head and says, “ Again” referring to the Patriots making plans for Houston or New Orleans or this time Atlanta or wherever the Super Bowl is being played, and knowing that I am a Boston native transplanted, or when people rolling their eyes when they see my Patriots sweatshirt, it is humbling to know how lucky we are as fans……

Here’s hoping that I can scream in jubilation at the TV in twelve days when the Commissioner presents the Lombardi trophy as it is presented to one of the Patriots.

PatsFans.com Supporter
2019 Weekly Picks Winner
I talk to kin and in laws from across the country the consensus is they all know how lucky we are not mean spirited, but quite envious.

Talking to my bro in law, a Minnesota fan, who was aghast at how lean our Coaching staff, particularly after Zimmer just hired Kubiak as an assistant HC to mind the offense or some other such nonsense.. his feeling as was mine too many cooks for that toxic stew.

My kin and friends from NOLA quite simply cannot believe how well we have done, particularly after their heart wrenching loss last week. Imagine a Super Bowl with Choppa Style Vs. John Bon Jovi... that would have been really fun.

One of my best friends who is a Dolphin fan has stopped watching football, because of his cellar dwelling Dolphins..

It goes on and on.. pinch me black and blue to make sure this is real.. We are indeed all very lucky to witness this incredible run.

Patsfanin Philly said:
Updated from my original post in 2017....

You have to live outside New England as I do to truly appreciate what the Patriots have accomplished in the last seventeen plus years.
Click to expand...

I know exactly how lucky we are. I survived the Sullivans, Kiam and Orthwein. I remember my Pat Patriot gear being an invitation for ridicule and scorn. I sat on the same aluminum benches you did, I smelled the same horse dung from the racetrack and can swear we parked on it not near it. I remember fearing the team would be moved every damn year until Kraft bought it. I saw the Sox through the Buddy LeRoux/Haywood Sullivan fiasco while the Yankees ruled the universe and had to witness our beloved Bruins sold to a concession magnate from New York who really just wanted to get his hands on the Garden. Len Bias, Reggie Lewis...saw that too. No we don't deserve this, no one not even Browns fans deserve this but that doesn't mean we didn't pay our damn dues. Mahomes, Goff and the rest of them can fight over the mantle when Tom F Brady decides he isn't interested in it anymore and their fans can kiss our damn Masshole asses.
Last edited: Jan 23, 2019

PatsFans.com Supporter
2021 Weekly NFL Picks Winner
Yep, not as much of an old timer vs. some here...but yeah I remember being ridiculed at boarding school in D.C. in the early 90's when Leonard Russell couldn't run it in for a winning TD....I was the ONLY Pats fan and that was the only Pats game on TV that year.... I even briefly jumped on the '91 Redskins bandwagon because I lived in D.C. and the only Pats news I got was the game summary capsules on the back of 'USA Today' and I wanted to feel like a "winner" by joining everyone else in the city rooting for Rypien, the Hogs, and the Posse.

In 1996...I hosted a SB party. I was there seated right on the floor in front of the TV like a child watching Saturday morning cartoons....there were no other Pats fans at the party. When Desmond Howard broke loose for a TD....the entire place erupted behind me... Honestly, I almost felt like murdering every ******* there that day......

And I just watched some highlights from SB 36...and realized that I watched that game on a regular tube TV and that HDTV programming was not available on national TV back then.... 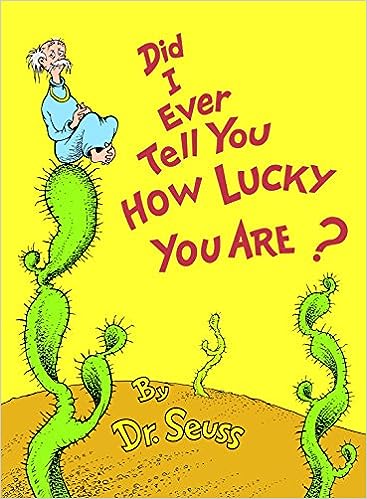 PatsFans.com Supporter
not at all......I earned this....as a fan of the team since 1971, I fricking earned this

PatsFans.com Supporter
I can remember my grandfather *****ing how bad Plunkett was, and then *****ing again when they traded him.

I remember watching them on my black and white TV, with rabbit ears, when they beat the Jets 55-21 in 1978.

I remember buying tickets to opening day vs the Jets... at the box office, an hour before kickoff. No scalpers, not sold out.

Because someday they are gonna be good.

I was there the night Tommy took over for Drew after the big hit. I was there for the Snow Bowl. I was there in New Orleans when Adam kicked it, in Pat Summerall's words, "right down the middle." I remember thinking that he couldn't do it, that he was so far away, that he might as well been kicking from Mississippi. I remember the Old Red Sox Blood that pumped thru my veins, and how that kick changed my entire belief in Boston sports. They could do it. The did do it. And they continue to do it.

I was there each night they dropped a banner. I know with 100% certainty how lucky we are. These days surely won't continue forever, and we all know we are near the end of this incredible run. What a ride it's been.

Meanwhile the rest of the league views us as the Grinch and wants to say "Thomas E. P. Brady Will you Please Go Now"........
B

PatsFans.com Supporter
Oh I definitely appreciate it. You would have thought based on my celebration from Sunday that we had never won an AFC title before.

After October, how confident are you that Mac Jones is "the guy"?
3 4 5

Here is a way to get lucky.