Matthew Judon: We've got a great deal of confidence in Mac Jones 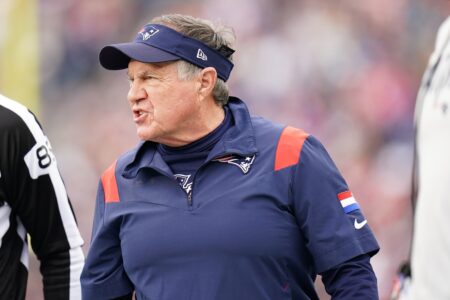 Patriots News 02—05, Kraft Wants Brady To Retire a Patriot, And Thoughts On His Retirement
By: Steve Balestrieri

Now that the Hoyer vs Zappe poll is over with...

When Mac is cleared to play again, who do you want starting?

Also, it must be mandated that MAC10 is never allowed to ever change his username to Zappe4 or anything related.

Kontradiction said:
Mac. But Zappe makes Hoyer expendable, finally. We have ourselves a quality back-up.
Click to expand...

It should also make Mac take care of the football more.

Still Mac’s job to lose. It would be a travesty if they gave up on him after 2 poor games in his second season in a completed revamped offense. Zappe has undeniably earned consideration and respect though. Mac’s grace period has shortened from another year to maybe another month. After that, it’s open competition.

PatsFans.com Supporter
I am looking forward to the opportunity to compete for my job.

2021 Weekly NFL Picks Winner
For now it's still Mac but for no other reason than he is a year further along in his learning. So it makes sense to go back to Mac and give Zappe some more time to learn.

Steve:Section 102 said:
I am looking forward to the opportunity to compete for my job.
Click to expand...

Steve:Section 102 said:
I am looking forward to the opportunity to compete for my job.
Click to expand...

Training camp next year should be really competitive if things stay the same two capable QB's.

ArchAngel007 said:
It should also make Mac take care of the football more.
Click to expand...

Hopefully. If he doesn’t, he now knows he has a capable back-up breathing down his neck.

I’d like to see less dancing and talking as well. Hawt taek, but it seemed like Mac loved himself some Mac before leaving with injury. Shut your mouth unless you’ve made a play, stop dancing like a moron, and get back to playing some ball.

PatsFans.com Supporter
I still think Jones is the starter when healthy. He will have a shorter leash now. And if he cannot come back in the next few games, Zappe could make enough of a statement to take the job away. One great game isn't enough in my eyes.

I stated this in another thread. When the Pats played the Texans last year, many people were killing Belichick for drafting Jones and not drafting Mills in a later round because they were convinced Mills was going to be a star after he completed 21 of 29 passes for 312 yards, 3 TDs, and 0 INTs. Now Mills is in his last year as a starter and will likely be relegated to back up duty and replaced by a first round drafted QB next year.

Staff member
2019 Weekly Picks Winner
If the process results in 2 capable albeit not great but good enough what's to hate.
I also hope Hoyer switches to the coaching phase of the Patriots.

PatsFans.com Supporter
Jones on a short leash. Bb knows best and im sure he’ll take full advantage of zappe’s success too from a motivational standpoint

As we speak @venecol and @Triumph are creating multiple accounts to vote for more Zappe time.
L

PATSYLICIOUS said:
Jones on a short leash. Bb knows best and im sure he’ll take full advantage of zappe’s success too from a motivational standpoint
Click to expand...

That’s definitely one option. In my opinion this one is putting a lot of pressure on Mac. If he plays like the first 3 games and loses games how long do give him before benching him? If you bench him after that you can’t really put him back in if Zappe start playing bad.

My opinion is ride with the hot hand and let Zappe make the decision for you. best case scenario, Zappe will improve even more or continue to play great and you keep him as the starter or worst case, he start to suck and you put Mac back in.

Staff member
PatsFans.com Supporter
I’d be lying if I said the thought of the Pats becoming an AFC contender with some unathletic late round QB that everyone else passed on repeatedly yet again isn’t immensely satisfying. But also extremely unlikely.

PaulThePat said:
As we speak @venecol and @Triumph are creating multiple accounts to vote for more Zappe time.
Click to expand...

Its time to change your avatar. 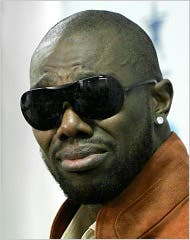 If Zappe doesn’t start this year then training camp next year is going to be nuts
You must log in or register to reply here.