This has an opening post with good commentary and information, which we definitely recommend reading.
O

I thought tua was having a good camp.

I thought tua was having a good camp.

They just signed a new HC. Drafted Waddle in the top ten. Signed Hill to big deal. And were caught flirting with Brady. Offense looks improved including the OL.

I'm as big a Tua fan as you'll find but if he's not getting them in and making a run in the playoffs common sense tells you they'll be looking elsewhere.

Plus Jackson is a Florida boy.

PatsFans.com Supporter
I've been consistent since the "new offense" talk started. I'm in camp "I'll believe it when I see it" when it comes to this. I'm not ignoring the obvious but this is the Patriots we're talking about. We're one of the more versatile teams in the league week to week. Duo, toss, outside zone, inside zone, split, iso, trap with different variations for each. We ran 16 different types of runs in a SB not too long ago! I can't see Bill becoming one dimensional. Flipping a script to the tune of becoming a "zone" team.

We're obviously working on some stuff but it's more of the same, variations without a FB. Bootlegs for Mac. I'm all for change if needed I just don't see us doing a 180 from years past. I think Bill likes to tinker, experiment and looks at each roster with a fresh set of eyes and that's what we're seeing.


Bummed the Pats don't have more late afternoon, 4:15 ET kickoffs. Those are my favorites, especially in October/November.

dreighver said:
Bummed the Pats don't have more late afternoon, 4:15 ET kickoffs. Those are my favorites, especially in October/November.
Click to expand...

It's the best spot imo. 1 is great too but by 4 you're wide awake. Into the game, food, maybe still grilling.

I'm so pumped man. Just happy to have football here and a team you can root for.

If anyone wants a survivor pool link PM me.

"He has done a really good job improving his pass-game skills, starting with blitz pick-up and protection," Belichick said to begin his praise on Tuesday. "His route-running. He has good hands and catching the ball has never been an issue. Setting up defenders. Recognizing coverages. When to sit down, when to break, and depending on what the pattern is, how to maximize the distribution on the pattern."

Belichick praised Stevenson for having a much greater understanding of all that comes from being a pass-catching back, especially the pass-protection and blocking elements of the role. He also has a better grasp of what to do when he breaks off as the quarterback's primary receiver.

"That comes with a lot of experience. There are so many different variables," continued Belichick. "He has done a good job of gaining experience. All of it is better than he was last year and he understands that is an important part of his game. It's not just about carrying the ball. It's all the things that go with the passing game. He's done a great job."

Last year as a rookie, Stevenson caught 14 of the 18 passes that were thrown his way. Those receptions went for 123 yards (an 8.8 yards-per-reception average) and three first downs. Stevenson added four catches for 33 yards and a pair of first downs in New England's Wild Card game loss to the Buffalo Bills.

I absolutely trust Bill will at least find a steady groove in season on defense. Whether it's actually Bill or not he'll make sure it happens. More often than not he figures it out. So I believe there. You don't have to be a homer to think that.

On offense, if Mac is the man, we shouldn't be and won't be kicking FG.

We're looking up in the division for the first time in years but that's life.
C


Please tell us you're not going to start quoting Lil' Richie ZeroBurger...

PatsFans.com Supporter
I thought that this was a well done listicle to close out the public part of training camp. I'm a bit disappointed that they've bought in to the "Kendrick Bourne has gone from hero to zero" narrative. I can think of plenty of other reasons he hasn't been getting reps and targets -- but I haven't been at practice and they have. 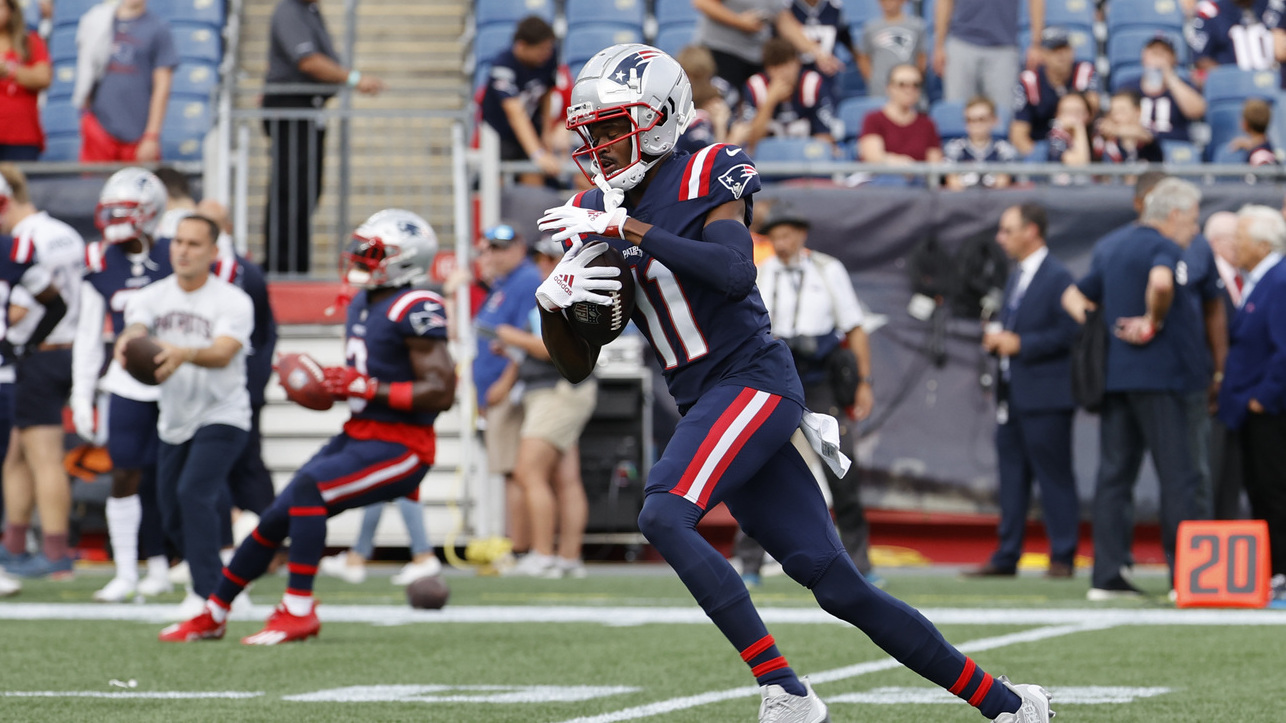 With training camp officially over and the Patriots shifting into a new phase of their preseason preparation, our Tom E. Curran and Phil Perry share their superlatives from three long weeks of watching Bill Belichick's team in Foxboro.


I'm excited to see the Patriots secondary match up against Miami and what Bill can do to get Tua to feel uncomfortable. Excited because I think we've consistently fielded good secondaries for a bit now (granted we had a great CB1 for a bit). It seems to be a level of the field that has relative success in punching above its weight.
C

Vindicate said:
I'm excited to see the Patriots secondary match up against Miami and what Bill can do to get Tua to feel uncomfortable. Excited because I think we've consistently fielded good secondaries for a bit now (granted we had a great CB1 for a bit). It seems to be a level of the field that has relative success in punching above its weight.
Click to expand...


Not sure how excited I would feel about facing a team against whom we've lost 4 of our last 5 games...


This guy is such a chucklef*ck. What a self-absorbed jerk. Purposefully trick the media ... is he, like, 13 years old?
You must log in or register to reply here.

Speculating on my optimism
6 7 8