1 year ago at 8:53 am ET
Follow @IanLogue
Posted Under: Patriots News 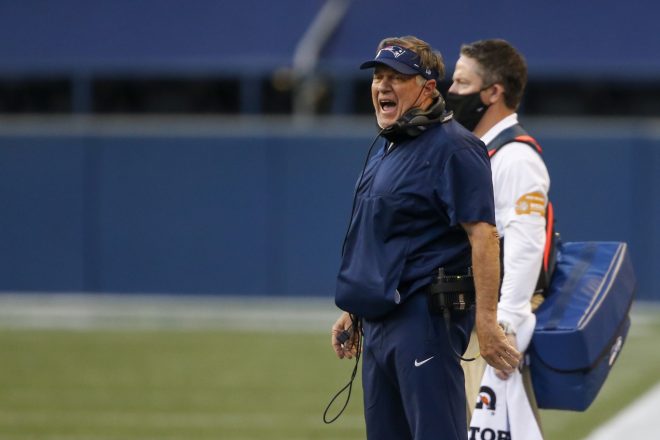 1) With the first day of the legal tampering period out of the way, the Patriots were extremely busy after agreeing to terms with seven new players, as well as re-signing one of their own on Monday.

Overall, it’s a pretty solid mix of players who add depth in key places.  Here are some additional notes:

– Godchaux gives them some size and depth inside on the defensive line, and he was a well-respected player in Miami.  He’s coming off of a biceps injury that cost him much of his season, but he’s expected to be ready to go this year.  “His leadership in the room is second-to-none,” Dolphins defensive line coach Marion Hobby told the Florida Sun-Sentinel of Godchaux back in October.  “We can always count on him as a leader. … He’s really progressed, and I’ve really enjoyed coaching him.”

– Judon is a terrific player and he had been hoping to get a long-term deal with Baltimore last year after the team placed the franchise tag on him.  Instead, he’s now the newest member of what could be a pretty good group this year with Dont’a Hightower set to return.  Judon certainly has plenty of confidence, telling the team’s official site last August he believes he’s one of the best in the game.  “I feel like I’m one of the best players in football,” Judon said. “And I feel like that’s how you have to feel about yourself. I have a lot of arrogance to me that I just don’t show. I just let my game do the talking. I think it’s just confidence in who I am. I’m very confident in myself, and sometimes it might get me in trouble, but on the field, it’s a good thing.”

– Mills is a versatile player who can play both safety and corner and was a greatly respected player for the Eagles defense. “He came into the season, we moved him back to safety. He was willing to go back there and fill a big role for us there and has done a great job,” said Eagles coach Doug Pederson following an upset win over the Saints in December. “But his versatility to be able to play corner, and he’s done that a couple times throughout the season, I think it’s a credit to him and his versatility, the way he approaches the week, the way he attacks the week.  But great leadership on and off the football field, and he was another one that helped us win this game.”

– Anderson is an interesting player as he’s coming off of a rough year with the Jets.  Chris Ryan of NJ.com had a harsh evaluation of him back in November.  “Anderson has been a major disappointment since signing a three-year, $25 million contract extension in 2019,” he wrote. “After posting 7.5 sacks in his first season with the Jets in 2018, Anderson has just one sack over the past two seasons, including none in 2020. Anderson’s contract carries no guaranteed money for the 2021 season, and the Jets could save $8.2 million against the cap by cutting him, so if he doesn’t rebound in the second half, the Jets could part ways after this season.”  The second half wasn’t much of an improvement, and now he’s here in New England hoping for a fresh start.

– Smith is a terrific tight end and gives them an impact player who has been on the rise for the last few seasons.  ESPN had him as one of the more underrated players heading into last season, with one NFC exec saying at the time he felt the veteran was one of the best in the league.  “So well-rounded. He’s top five for me. He’s an every-down player,” an NFC exec said. “He can play you 1,000 snaps at about six different positions. Has some work to do as a route runner, but he’ll get there.”

– Agholor will be one of the more interesting additions.  He saw his production go up when he went to Las Vegas, with the former first-round pick averaging 18.7 yards per catch after finishing with 48 receptions for 896-yards and 8 touchdowns.  He had 15 catches of 20+ yards, including 5 of 40+, far above his totals with the Eagles.  Derek Carr said following their win over Miami in December that sometimes a change of scenery can make all the difference.  “Sometimes a change of scenery is good for somebody. Sometimes a change of scenery doesn’t mean the player has changed, just means he fits better in that system or he fits better in that scheme or it just works out better for him,” Carr said. “Obviously this is a career year for him. I am so thankful for him. I tell him all the time I love that man so much. I’m so happy for him. He bet on himself, you know? He came here, bet on himself and it’s really worked out for him. I’m happy for him.”  We’ll see if that hopefully carries over here.

– Bourne is a former undrafted player who was known out in San Francisco as “Mr. Dependable” and his work ethic and consistent approach made him a favorite out there.  “Bourne’s gotten better each year,” Kyle Shanahan said last August. “He’s almost the vet in the room right now, which is somewhat funny to us because four years ago he wasn’t close to that. It’s been pretty cool to watch how he’s come this far … I know some of the guys look up to him. He knows the offense real well. He’s played all the positions and he’s the same guy today as he was the first day he got here, at least as a person.” 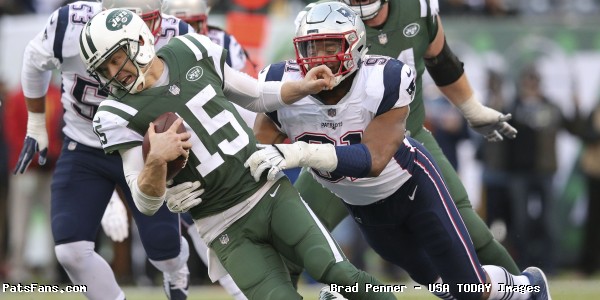 2) A solid year for Deatrich Wise Jr. resulted in a contract extension that will keep him here for the next four years after agreeing to a 4-year, $30-million deal.  He had one of his best seasons as a Patriot last year, finishing with 49 tackles and 2.5 sacks.

The fact they brought him back is encouraging from the standpoint that they need depth and have some uncertainty still with Lawrence Guy, John Simon and Adam Butler each about to hit free agency.  The former fourth-round pick may not be a flashy player, but he’s one of the favorites in the locker room and the fact he’s sticking around is good news.

3) For anyone who was hoping for Ryan Fitzpatrick to possibly add the Patriots to his long list of teams, it appears that won’t be the case.  Fitzpatrick reportedly agreed to a one-year deal down in Washington worth $10 million where he’s expected to be the starter after the club moved on from Alex Smith.

The 38-year old joins his 9th team and will join a group that also includes Kyle Allen and Taylor Heinicke.  His final game in Miami last year was a memorable one after he came off the bench and led the Dolphins to a come-from-behind win over the Raiders before missing the finale due to a positive COVID-19 test.

The receiver addition of Davis is one that most Jets fans seem to be excited about as the club is coming off having the NFL’s worst offense in 2020.  The biggest question now remains their quarterback position, as Sam Darnold’s name continues being thrown around as a player who could potentially be heading elsewhere this offseason.  There’s also some disappointment down there as they reportedly really liked Patriots free-agent offensive lineman Joe Thuney, who agreed to terms with Kansas City.

5) According to SI’s Albert Breer, the Patriots are reportedly said to be in the mix for Leonard Fournette, which is interesting.  James White has been rumored to be a potential target for the Buccaneers so it would certainly be ironic to see Fournette end up in New England and White to reunite down in Tampa with Tom Brady.  The Seahawks also appear to be in play for Fournette, so it remains to be seen where he’ll end up.  But needless to say, it could potentially set up an intriguing Tuesday.