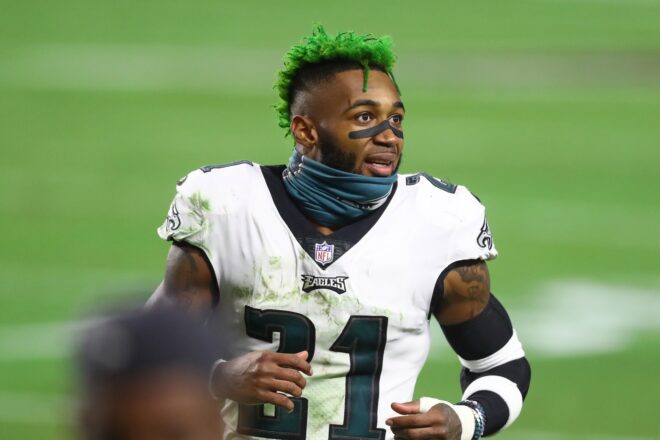 New England added another player to their defense on Monday, agreeing to terms with Eagles free-agent defensive back Jalen Mills.

According to ESPN’s Adam Schefter, Mills agreed to a 4-year deal worth $24-million including $9-million guaranteed.

Mills provides some versatility to New England’s defense, having played both cornerback and safety during his tenure in Phildelphia.  He played in 15 games last season, finishing with 1.5 sacks and an interception, as well as 74 tackles.

He was a free agent prior to the start of last season and signed a one-year, $4-million deal to stay with the Eagles. This time around, he’s obviously received a pretty good raise to come to New England.

It’s the third contract given to a Drew Rosenhaus represented player to sign with the Patriots on Monday, with tight end Jonnu Smith and nose tackle Davon Godchaux having each joined the team.  Rosenhaus also represents offensive tackle Trent Brown, who also recently joined the club.

By: Ian Logue
The big question heading into this weekend for the New England Patriots will clearly be whether or not back-up quarterback Brian Hoyer can get the…
16 mins ago

By: Mark Morse
Green Bay comes into this game with a 14-game home unbeaten streak.  It's third to two Patriots records of 16 and 18 games.  They are…
5 hours ago

By: Robert Alvarez
A look at defensive lineman Davon Godchaux’s journey to the NFL from Louisiana State University Football to the New England Patriots.
3 days ago
wpDiscuz