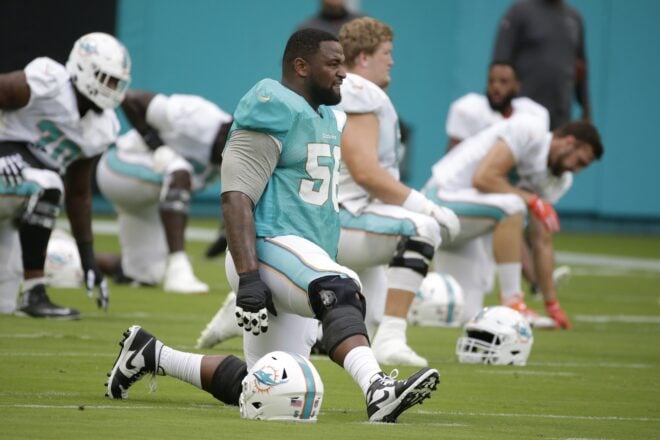 The Patriots have been busy on Monday, adding some depth to their defense with another free agent signing.

According to ESPN’s Adam Schefter, the Patriots reached an agreement with Dolphins free agent nose tackle, Davon Godchaux.  The deal is reportedly for 2-years and worth up to $16 million, $9 million of which is fully guaranteed.

Godchaux is a terrific interior lineman who at 6’3″, 311-pounds adds some much-needed size to New England’s defensive front.  He’s coming off of a tough season with the Dolphins after suffering an injury early in the season that saw him appear in just five games all year.

However, he’s been fairly durable.  Prior to that, Godchaux played in all 16 games in each of the previous two seasons, finishing with a career-high 70 tackles in 2019 along with 2 sacks.