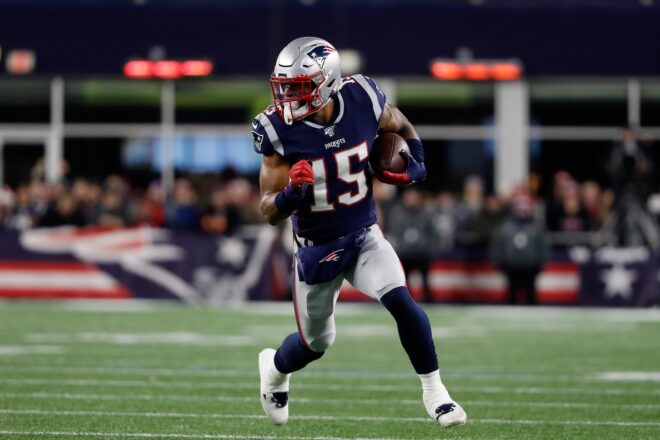 It’s been a tough start for Patriots wide receiver N’Keal Harry in his two NFL seasons, but it sounds like there are teams out there interested in adding him to their roster.

According to Mike Garafolo, teams have reportedly reached out to the Patriots for the former first-round draft pick, which could potentially see New England part ways with him as they try and possibly build up some draft currency to rebuild their offense.

Per @MikeGarafolo, teams have reached out to the Patriots inquiring about a possible trade for WR N'Keal Harry

It’s hard to say what type of price tag the third-year receiver might fetch and the Patriots aren’t exactly deep at the receiver position.  Julian Edelman still has questions about his knee, and from there it’s only Jakobi Meyers in terms of players who were really productive in 2020.  As a result, trading Harry might be a little tough until they’re confident they can bring in some additional talent to surround whichever future quarterback they’re eventually going to bring in.

Harry has been hard at work this offseason getting ready for 2021, which is a good sign for a player who remains focused on trying to live up to his potential.  Today’s news is certainly interesting and it remains to be seen whether or not he’ll get a chance to continue in New England, or if he’ll instead get a change of scenery.