Check out the sights from the workout courtesy of Edelman’s posting below.

The comments to Edelman’s post contained a few jokes by Gunner Olszewski and Danny Amendola. 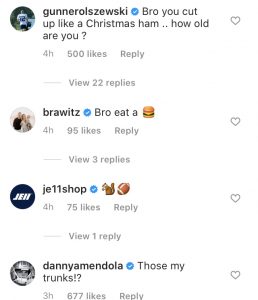 According to NBC Sports Boston, Patriots players will be unable to report to Gillette Stadium until they pass three COVID-19 tests in a span of four days from Tuesday to Friday.  Even after those tests are passed, full-contact practices will not begin until Aug. 17.

Until that happens, more independent/informal workouts like the one above are likely to continue as Newton and Jarrett Stidham continue to develop connections with the wide receivers.

The process may be slower than years past, but football is officially back.