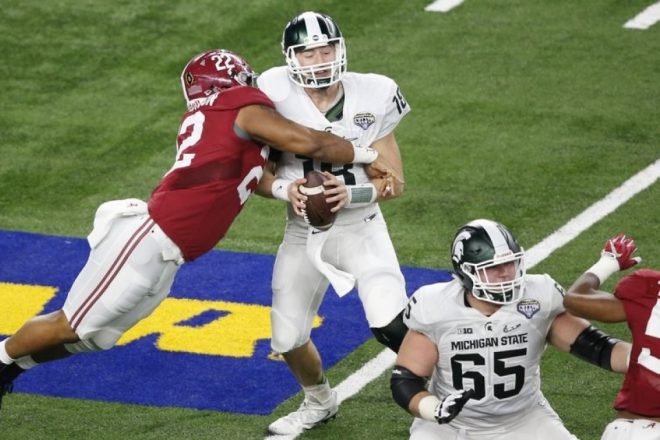 Where will the Patriots look to first in 2017?

With Free Agency now over a few weeks old, it is time take an early crack at looking at the draft from a Patriots perspective. There are still moves that can be and will be made in free agency and possibly on the trade front that may affect the way the team looks at the draft. But with the initial free agency period winding down it is time to move to the draft.

For this opening mock draft (4-8), I used the big board of Fanspeak.

Right now, the Patriots don’t pick until Round 3, #72 due to some of the trades that they’ve swung for Brandin Cooks and Kony Ealy. While they may still swing a deal to move up into the first two rounds, right now we’re going with what they have. 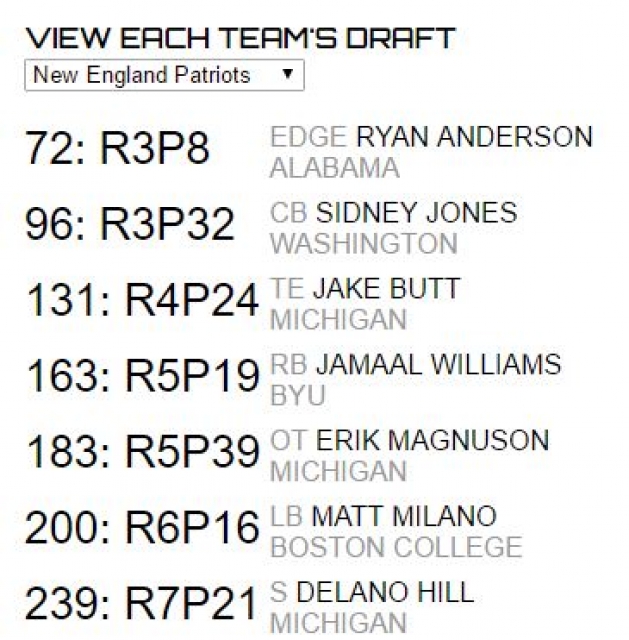 Anderson comes from a championship football program at Alabama with Bill Belichick buddy Nick Saban. He’ll pick up the Patriots system in no time and will be matched up next to fellow Tide alum Dont’a Hightower as the SAM linebacker.

The Patriots pick up a steal in Round 3 as Jones falls on draft boards due to his Achilles injury suffered on his Pro Day that will require extensive rehab. But with the depth of the Patriots roster, they can be patient and let Jones rehab and get healthy.

The third CB named Jones on the Pats is bound to make things interesting. He’s 6’0, 186-pounds, and despite being slender is a physical corner who contests every ball thrown his way. Had nine career interceptions and got his hands on over 21 percent of passes thrown his way.

Butt is steal #2 for the Pats as he falls down draft boards due to his ACL injury suffered in the Orange Bowl. Again, with Rob Gronkowski, Dwayne Allen, Matt Lengel, and Michael Williams already on the roster. There is no reason to rush his rehab any faster.

Butt is a versatile productive tight end that line up split wide, inline or in the slot. He has good quickness off the line, runs good routes and has very sticky hands. His catch radius is excellent and has the ability to make YAC (yards after the catch).

He has good size at 6’5, 246-pounds and is a decent blocker in the running game. He’s tough, competitive and will get separation coming out of his cuts.

Butt’s draft profile from us can be seen here:

Williams checks the block on the team getting a power running back to run between the tackles. They can stand to get younger at the position and Williams can step right into the rotation. But he has the stamina to be a bell-cow when the need presents itself especially when it is time to close out games.

He rushed 234 times in 2016, amassing 1,375 yards and scoring 12 touchdowns, even though he missed three games with an ankle injury. He finished fifth in the country with 137.5 yards per game. He’s got the size, power and ball security that the Patriots need.

Williams draft profile by us can be seen here:

Magnuson is a 37-game starter for the Wolverines and is a solid run blocker who can get to the second level, has very good pass protection skills. He uses his hands well and can mirror pass rushers. He’s strong, physical and tough with good athleticism at the position.

Round 6, Pick #200 LB Matt Milano, Boston College:
Boston College has been churning out very good linebackers from their program from Mark Herzlich and Luke Kuechly and Milano stepped up big for the Eagles the past two seasons. He turned in a very solid 2016 season with 58 tackles, 11 for a loss, 6.5 sacks, one interception, and a blocked punt.

The undersized (6’0, 233-pounds) Milano plays “like a heat-seeking missile” on the defensive side of the ball, flying around the field looking for contact. He played 94 percent of the Eagles snaps in 2016 and has speed toughness with very good instincts in pass coverage as a converted safety.

He plays well in the box as a strong safety, can shed blocks, provide good man coverage in the slot although he has shown some hip stiffness which could be a detriment in coverage. He’s not a tremendous athlete and doesn’t possess the quick change of direction skills, but as a box safety, providing good coverage down low and run support, he’s a nice addition.