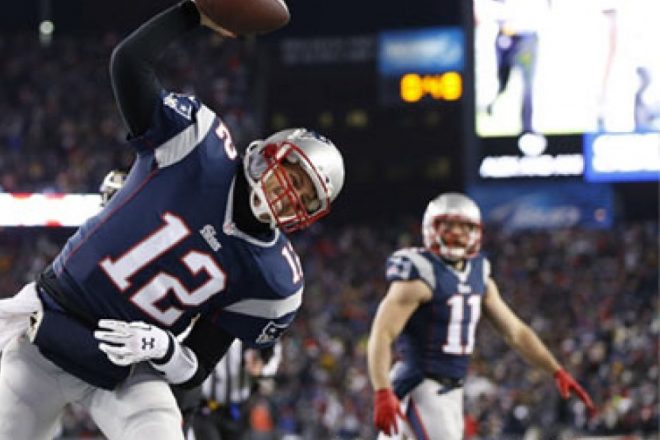 In the past seven months it has felt like everyone has had to weigh in on Deflategate with their own opinions and thoughts. While fans in New England rejoiced at the news their star quarterback was exonerated, others outside the region voiced their displeasure.

Former Giants Kicker Lawrence Tynes, who was on both Super Bowl championship teams at the Patriots expense, saw the opportunity to roast the franchise on the eve of the preseason finale between both teams.

On the bright side, at least Tom Brady won't be able to have a ballboy intentionally deflate the Patriots' footballs at home any longer.

Unfortunately for them, neither will be able to receive this gift courtesy of a Maine Dunkin Donuts.

Congratulations to Tom Brady on yet another great victory- Tom is my friend and a total winner!

By: Ian Logue
Some good news on Wednesday as rookie wide receiver Tyquan Thornton was out at practice, which hopefully marks the start of his return toward getting…
2 hours ago

By: Ian Logue
Patriots quarterback Mac Jones was back at practice again on Wednesday, which doesn't make much sense given the severity of the high ankle sprain he…
2 hours ago

By: Russ Goldman
In this episode, we look back at the Patriots loss to the Packers, and then we look ahead to the Lions game.
5 hours ago

By: Ian Logue
The New England Patriots are continuing to get ready for the Detroit Lions this weekend, with Bill Belichick's team trying to avoid their third straight…
8 hours ago