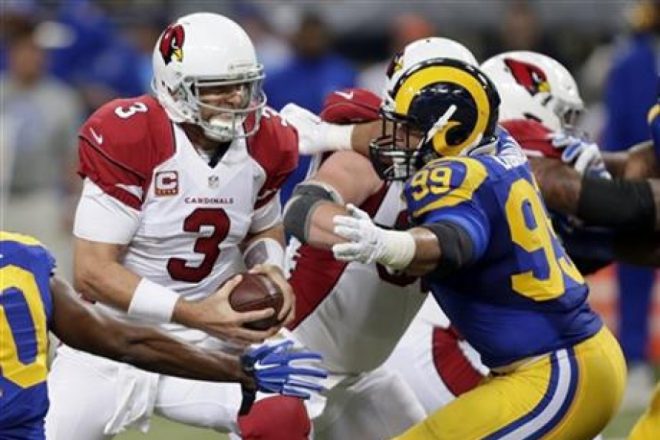 Despite the supposedly foolproof plan to avoid controversy in determining a champion, college football is in the midst of doing just that once again.

When it comes to football the reality is that our nations universities sold their souls in a quest for the almighty dollar long ago. The idea that it is all about kids getting an education is an insult to our intelligence. And that is before the absurd topic of player safety.

Colleges wanted to get away from six and eight team leagues, and form 12 and 14 team mega conferences. One of the benefits to doing so was a huge influx of cash for a championship game. This was made possible by having enough teams in a conference to create two divisions. The two division winners meet after the season is over and voilà, another big pay day for everyone except for those actually playing the game.

If that is the way you want to set this sport up, then fine. Have your mega-conference championship games, and then the winners of those games can meet in a mini-playoff series to determine the nation’s number one team. But thanks to our everyone-gets-a-trophy mentality, that’s not good enough. Gee whiz, what if a good team gets excluded?

Colleges and their boosters want it both ways. They want to financially benefit from conference championship games. But then they want to be able to send whatever team is actually the best one from their group to a national championship game – even if they did not win, or even play in their league’s title game.

Sorry it doesn’t – or at least should not work that way. How can anyone justify a team winning their conference and then tell them sorry, but another team that did not win your league is going to the playoffs for the national title? If you are going to do that then you need to eliminate conference championship games, because you just made them meaningless.

Want more happy thoughts? Consider this with Black Friday and Cyber Monday are now thankfully in the rear view mirror. More people in the United States shopped during that short time period than voted in the presidential election.

Denver has cooled off after beginning the season 4-0. Since then the Broncos are 3-4 with only one quality win, back in week seven against Houston. NFL teams have fared poorly the week after an overtime game, and Denver lost in OT last week. Now the Donkeys have to travel 1800 miles and leave the best home field advantage in the league behind – with a backup QB under center.

Normally that would be a recipe for disaster, but the Broncos are playing a moribund Jacksonville squad. The Jaguars own the league’s worst worst turnover differential at minus-15, which helps explain their record. Von Miller and DeMarcus Ware pose a huge mismatch for Jag tackles Kelvin Beachum and Jermy Parnell. Denver has had trouble stopping the run (4.3 yards per carry; 120 yards per game) but the Jacksonville line can’t open up lanes, and their running backs are pedestrian. The dropoff from Siemian to Paxton Lynch is at quarterback is minimal for Denver and a non-issue.

Similar to Denver, the Chiefs face the challenge of going on the road after playing five full quarters of football last week. Unlike the Broncos, KC has the polar opposite in strength of opposition. While Denver and now Oakland receive far more publicity, the Chiefs have quietly won 18 of their last 21 regular season games. An already good KC defense received a boost with the return of OLB Justin Houston from a knee injury.

The media has focused on Derek Carr’s injured finger, but Kansas City is another AFC West club with injury problems. NT Dontari Poe was unable to practice all week, so it is unlikely he’ll play. CB Marcus Peters will play, but even with a fully healthy hip he will have his hands full covering Julio Jones.

Houston turned the ball over six times in the last two weeks, dropping to 6-5. Aaron Rodgers at home or Brock Osweiler on the road? Green Bay’s pass defense is poor, but they are very efficient against the run (3.8 yards per carry). Houston wants to run the ball behind Lamar Miller. If the Texans are unable to do so, Osweiler cannot keep pace with Rodgers in a shootout. There is a chance of snow, which would definitely benefit the Packers as well.

Branden Albert and Laremy Tunsil return to the Miami offensive line this week, though Mike Pouncey is still out. Baltimore also gets some good news on the injury front with the return of guard Marshal Yanda. The Ravens have rebounded from a four game losing streak punctuated with a loss to the Jets, winning three of their last four. Miami is even hotter, winning six straight after a 1-4 start to the season. Ryan Tannehill and Jay Ajayi have played very well during that streak. Tannehill has thrown nine touchdown passes versus just one pick and Ajayi is averaging 122 rushing yards per game while finding the end zone five times in that winning span.

After starting the season 3-0 Philly’s season has gone down the toilet with six losses in their last eight games. The Eagles cannot win the division and would need to leap frog five teams to make the playoffs as a six seed. Cincinnati is headed in the same direction. The Bengals have lost three in a row and are showing no signs of interest in the post-season. Philly has lost five straight road games, with their only victory away coming against the Bears. Even without AJ Green I’ll give a very slight edge to Cincinnati here.

Matthew Stafford should have a field day against a New Orleans defense that is allowing 28 points per game. Other than last week’s blowout over the Rams, the Saints have not been rather average at home. Even if New Orleans wins it is more likely going to be by three or four points than by more than a touchdown.

Who did Kenny Albert piss off to be assigned to cover this dumpster fire? The weather could play a factor in this game. With rain and/or snow in the forecast sloppy playing conditions could lead to turnovers and a low scoring game.

Bill Belichick game plans to limit the opposition’s primary threat. That means stopping running back Todd Gurley. Opponents have been successful with that same tactic all season, resulting in the Rams averaging an NFL-worst 15.5 points per game.

Robert Quinn did not practice all week due to a concussion. He is listed as questionable, but I don’t see how he can play in this game. Center Tim Barnes and LG Rodger Saffold are also questionable for the Rams; the Patriots are not the only team here with an injury concern. Despite the most recent Belichick-Jeff Fisher games (45-7 and 59-0 Pats victories), I’m inclined to believe that the LA defense bounces back from last week’s debacle in New Orleans. The Patriots will win but this is not going to be an easy cakewalk.

Buffalo enters the game with the NFL’s best rushing attack. The Bills are averaging 5.3 yards per carry, 157 rushing yards per game and 20 rushing touchdowns – all best in the league. That is bad news for an Oakland defense allowing a 30th-ranked 4.6 yards per carry. With Derek Carr dealing with two dislocated fingers the Raiders could be in trouble here.

The Bucs have somehow worked their way into the playoff race. However their secondary is still bad, and Philip Rivers should be able to exploit that deficiency. Tampa Bay won’t be able to cover Travis Benjamin and Tyrell Williams. Melvin Gordon will be able to gain big chunks of yardage on the ground with the focus on the passing game, but Tampa will keep it close. The Chargers have no answer for WR Mike Evans, and Jameis Winston has been making good decisions with the ball.

Running back David Johnson has not been utilized enough by Arizona. If Bruce Arians gets his head out of his butt and figures that out then the Cardinals should win. Washington is surrendering 4.7 yards per carry and doesn’t have the personnel to handle him on screen passes out of the backfield.

The New York defense has received plenty of platitudes during their winning streak. However much of that can be attributed to facing inferior offenses led by mediocre quarterbacks. I like Pittsburgh here but a line of six points leaves me hesitant to place a wager on this game.

Seattle was in a difficult spot last week, making a long road trip with injuries to key players. The Seahawks are back home and are also healthy again.

The Jets had their Super Bowl last week. Expect that to be followed by the inevitable letdown, if that is possible for a three-win team.

Along with most of the nation I did not expect this to be as close as it was. On one hand Dallas keeps finding ways to win, but on the other I can’t help but wonder if Ezekiel Elliott is hitting the rookie wall. Is it possible that the Cowboys peaked too soon and are running out of gas?

Last week the total of the Packers at Eagles game killed me. The final score was 27-13 and I took over 47½ based primarily on Green Bay’s defense in recent weeks. I lost two units on the over, and also two units on a parlay and another two units on a teaser. That was a 5-game teaser that would have paid out 410 x 2. On paper the outcome cost me six units but in reality it was much more. Had the game gone over the delta between what I would have been up versus what I was down was a net 2450 (1790-660)! That one game wiped out the positive of hitting on my second largest play of the season, a four unit wager on Atlanta-Arizona.