6 years ago at 6:00 am ET
Follow @AllThingsPats
Posted Under: Uncategorized 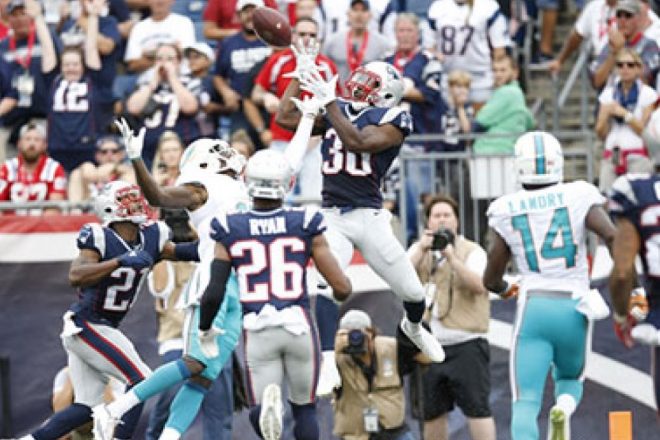 The 5-1 New England Patriots will take part in the marquee game of NFL Week 7, traveling to Pittsburgh to face the 4-2 Steelers. Although this contest has lost a bit of its luster due to the absence of Ben Roethlisberger, it is still the best matchup of the week. With elite players such as Le’Veon Bell and Antonio Brown that are capable of making defenders look foolish, Pittsburgh is still a formidable foe even without Big Ben.

The winner of this game will hold a very early lead in pursuit of home field advantage for the AFC playoffs. The game kicks off at 4:25 pm eastern time and will be televised nationally on CBS, with the exceptions of Atlanta and San Francisco.

In the early time slot there are a few compelling games to check out. On FOX the undefeated Minnesota Vikings go on the road to face the Eagles, and New Orleans is at Kansas City. The Bills and Dolphins renew their AFC East rivalry in south Florida on CBS; the Patriots will play at Buffalo next week. The two prime time games should be competitive as well. Sunday night Arizona hosts the Seahawks, and then Houston is at Denver in a battle between two AFC contenders on Monday night.

An already good Ram defense gets better with the return of DE Robert Quinn from a shoulder injury. Between injuries to their running backs and poor play up front the Giants’ rushing game is non-existent. Getting pressure without having to blitz will allow LA to cover New York’s receivers better than Baltimore did last week.

Minnesota is no fluke, possessing the best defense in the NFL. As expected Philadelphia rookie RT Halapoulivaati Vaitai, who is subbing for suspended starter Lance Johnson, struggled last week. That’s a situation that Viking head coach will be able to exploit. The Vikes would surely like to help teammate Sam Bradford stick one to his former team after casting him off as an afterthought.

Washington has won four straight after stumbling out of the gate. Does that mean that the Skins are better right now, or due for a stinker? Detroit has been up and down all season thus far. This one is really tough to call. With hesitation I will give a slight lean to the team on the winning streak.

The Saint offense ranks second in the NFL, averaging 31.0 points per game. However, their problem once again is a shoddy defense that ranks near the bottom in just about every category. Jamaal Charles should be back at full strength, giving KC a potent 1-2 punch out of the backfield along with Spencer Ware (5.3 yards per carry). The Chief defense is still not the same with OLB Justin Houston remaining on PUP, but is far superior to the swiss cheese New Orleans D.

Only two teams are giving up more points (29.3 per game) than Cleveland. The Browns just don’t come up big in the clutch allowing opponents to score touchdowns in 73% of their red zone possessions. Cincinnati is not performing well in the red zone either. The Bengals rank 28th on offense (8/19, 42%) and 27th on defense (13/19, 68.%) in the red zone. On paper Cincy should win this game easily. It will be interesting to see how the Bengals respond to last week’s loss at New England. With Ben Roethliberger out, this is a golden opportunity to make a run for the AFC North title.

Since Ryan Tannehill became Miami’s starting quarterback Buffalo has dominated this series, winning six of the last eight games. The Bills are plainly superior on both the offensive and defensive line, even without NT Marcell Dareus. Miami’s offensive line is getting healthier and Buffalo RB LeSean McCoy may not play due to a hamstring injury. Still, the best hope for Miami is for the Bills to be looking ahead to next week’s game against the Patriots. Rex Ryan’s crew is due for an unexpected loss.

The Oakland defense ranks last in yards allowed (445 per game), last in passing (8.9 yards per attempt and 313 yards per game), last in yards per play (6.9), 31st in opponent red zone possessions (4.7 per game) and 30th in run defense (4.8 yards per carry). Somehow the Raiders have clamped down in the clutch however, holding the opposition to 53.6% red zone touchdowns (16th) and 4.2 third down conversions per game (5th). Jacksonville cannot run the ball though, and Amari Cooper and Michael Crabtree should be able to get open early and often against the Jaguar secondary. Trivia: the last time these two met was three years ago. The quarterbacks then were Terrelle Pryor and Chad Henne, and the running backs were Darren McFadden and Maurice Jones-Drew.

Colt owner Jim Irsay says that criticism of GM Ryan Grigson is unjust. No mention that the only draft pick Grigson has got right was the no-brainer for Andrew Luck after the team tanked in order to obtain the number one overall pick in the draft. Grigson whined about the contract that he himself gave to Luck, leaving him little money to spend under the salary cap. Perhaps Grigson should look at how franchises like Pittsburgh and Green Bay get it done year after year rather than attempting to frame a team he can’t beat.

The Jets are an abysmal 1-5 and the wheels may be falling off. In Todd Bowles’ defense, Gang Green has had to open the season against five teams that made the playoffs last year, and only two home games. Not surprisingly Baltimore’s 3-0 start was a mirage. Despite a relatively easy schedule thus far the Raven offense is averaging just 4.9 yards per play (29th). John Harbaugh didn’t read the NFL rule book last week, apparently thinking that a Cover 2 defense was an illegal formation. End result was a loss to the Giants even though their sole offensive weapon was Odell Beckham.

NFL Week 7 Game of the Week

With Landry Jones under center you can count on Le’Veon Bell running the ball more than the ten times he did last week. Bell is averaging 5.5 yards per carry and 147 yards from scrimmage this year. Jones does not have anywhere near the same ability to pass the ball deep to Antonio Brown that Ben Roethisberger does. That means this game hinges on New England’s ability to neutralize Bell, and prevent the Steeler offense from keeping Brady, Gronk and company on the sidelines.

Thanks to a stealth negative PR campaign waged by the Chargers and the NFL this off-season, most people don’t think much of DE Joey Bosa. The reality is that his presence has improved the Charger defense. Much of that is due to his play, but equally important is that opponents can no longer focus on stopping OLB Melvin Ingram. Those two are going to have to dominate if San Diego is to have a chance of winning. Nobody has been able to completely neutralize Atlanta’s offense. The Falcons lead the NFL with 33.2 points per game, 442 yards per game and 9.9 yards per pass attempt. Mike McCoy is not a head coach that I have faith in to come up with a game plan to stop Atlanta.

Neither team has a good defense, but San Francisco is particularly bad. The Niner D is 31st in scoring (30.8 ppg), thanks to a run defense that is giving up 5.0 yards per carry and a jaw-dropping 175 rushing yards per game. The Bucs on the other hand are a team that has never performed well on the west coast (7-28), though to be fair that record was complied under other coaching regimes.

Arizona has been known for their vertical passing game and not much of a running game in recent years. 2016 is different though, with RB David Johnson shouldering the load for the Cardinals. Johnson leads the NFL with 833 yards from scrimmage, with 568 rushing yards and 265 receiving for an average of 139 yards per game. Arizona would love to put an end to reporters questions about being outscored by Seattle 105-34 in their last three games in Phoenix, but the Seahawks are a worthy adversary. Russell Wilson has thrown 158 passes without an interception. After a slow start (15 points in two games) the Seattle offense has gelled; the Seahawks have averaged 30 points in their last three games.

While the headlines will focus on Brock Osweiler returning to Denver, the primary focus should be on the Broncos’ impotent offense. Denver has managed to score only 29 combined points in their last two games, and both were against mediocre defenses. Unfortunately for Houston their defense has been ravaged with injuries and they just don’t have enough firepower on offense to overcome that fact.

As expected, the Packers were able to take care of business at home. The Bears simply do not have the talent level or depth to compete against better teams.

The only downside to Week Six was that neither of my top picks were winners. A four-team teaser was a big payoff, comprised of the Pats (vs Bengals), Cowboys (at Packers) and Bills (at Rams) all winning outright, while the Falcons (at Seahawks) covered easily. Worst predictions were Pittsburgh (-7) at Miami and Raiders (-2½) versus Chiefs.

Patriots Melt Down In Fourth Quarter in Loss to Ravens

By: Bob George
For the second straight week, there was a fourth quarter meltdown in a Baltimore Ravens game.
36 mins ago

By: Ian Logue
Sunday's battle between the New England Patriots and Baltimore Ravens was painful enough given the mistakes and miscues for Mac Jones and the offense, but…
3 hours ago 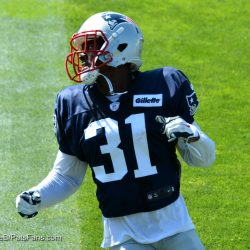 By: Steve Balestrieri
He (Wilfork) can run, very light on his feet. I mean for such a big guy, Good balance, and tremendous playing strength. Great competitor
14 hours ago

By: Robert Alvarez
Vince Wilfork tries on his Patriots hall of Fame jacket prior to his induction ceremony at Gillette stadium.
3 days ago 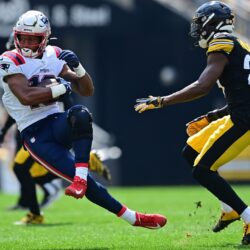 By: Ian Logue
As the Patriots get set for what should be a tough battle with the Baltimore Ravens, it sounds like the status of one of their…
3 days ago