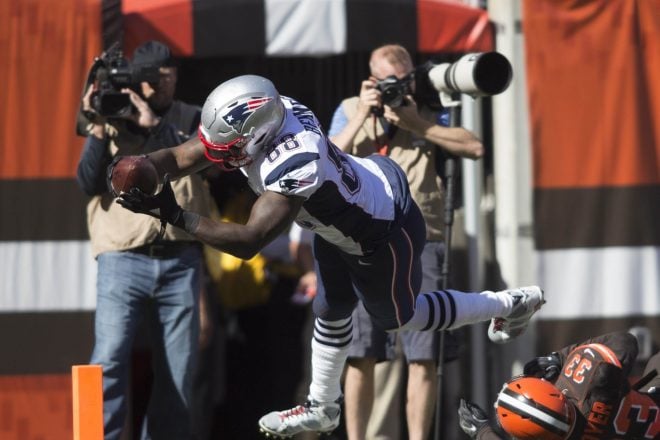 NFL Week 14 offers another great slate of games. The schedule starts with Oakland at Kansas City on Thursday night, and finishes with Baltimore at New England on Monday night. In between there are plenty of other quality matchups such as Pittsburgh at Buffalo, Arizona at Miami, San Diego at Carolina, Seattle at Green Bay, and then a Cowboys-Giants rematch on Sunday night.

While the biggest buzz around NFL circles right now is Rob Gronkowski’s injury and how it may detour the Patriots’ revenge tour, there is plenty of other league news. Ram head coach Jeff Fisher apparently does not watch much film of his team’s upcoming opponent in preparation for his next game. Jay Cutler is done for the season, which will lead to speculation on his future with the Bears. Denver has their own crisis at quarterback, and Viking fans looking forward to the return of Adrian Peterson may have to wait a while. Raven head coach John Harbaugh would love to see a rule change that would benefit his team, and former Jet running back Joe McKnight was shot dead in suburban New Orleans.

Back to Week 14, there are some interesting spreads for those who like to live life on the edge. How about the New Orleans at Tampa Bay pick’em? Or Washington getting a point at floundering Philadelphia? Houston getting four points at Indy is tempting. And then there is 10-1 Dallas, who only needs to win by a field goal for you to cash in.

Keep in mind that these odds were set not only prior to Sunday’s games, but before Thursday’s Cowboys-Vikings contest as well. If you happen to be in Vegas, you can drop up to 3K on any of these games at the Westgate Las Vegas Superbook right now if you are feeling particularly clairvoyant. Nearly half (seven out of sixteen) home teams are listed as underdogs.

Back to Week 13 for a moment. In early October this matchup looked like it might be a preview of the NFC championship game. Since then the Cowboys have continued to win, while Minnesota keeps finding ways to lose. At some point relatively early on the Dallas offensive line will pave the way for a score or two. The Vikings don’t have anywhere near enough of an offense (19.8 points per game, 24th; 295 yards per game, 32nd) to come back against a Cowboy team that is averaging 28.7 points per game (3rd) and 408 yards per game (4th).