The Patriots head into training camp next week and there should be no shortage of competition at a number of spots. As a lead-in to the beginning of camp, we’ll break down the positions and give our take on who is a lock, a near lock for the 53-man roster and who is on the bubble. Next up are the Linebackers.

So the next position to break down are the linebackers. The Patriots have two of the best LBs in the business with Jamie Collins and Dont’a Hightower. But they each missed time in 2015 and the depth behind them was a problem. The run defense really suffered when Hightower was injured in the Denver game in November. 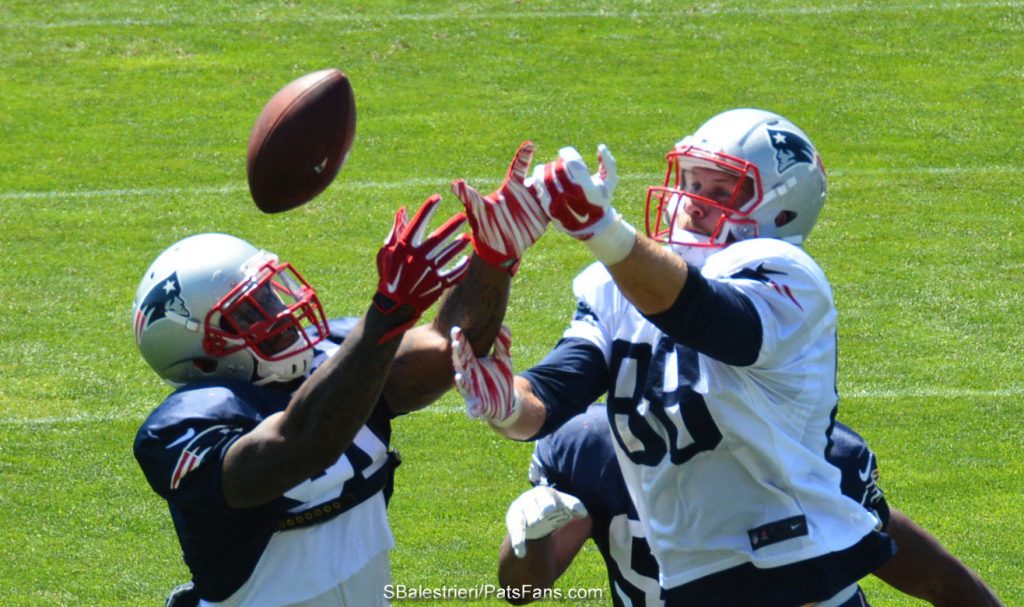 Both are free agents at the end of this season, something the Patriots should try to rectify this summer. Jonathan Freeny played some meaningful snaps on defense but struggled with his consistency.

The team signed former Bears LB Shea McClellin this spring and the former first round pick gives them some versatility. He can play DE, OLB, and ILB. During the spring, McClellin was seen mostly at DE but I’d expect him to revert to linebacker once the pads come on.

Collins and Hightower are a fantastic duo at linebacker. One of the reasons I don’t care for those Top 10 Lists or in this case the NFL’s Top 100 is how can Collins be left off of that?

The freakishly athletic 6’3, 250-pound linebacker led the team in tackles with 89, had 5.5 sacks and forced five fumbles despite playing in only 12 games. He missed four games due to an illness. He’s also outstanding in coverage and can make plays all over the field. Pro Football Focus (PFF), had Collins rated as the AFC’s top linebacker in 2015.

While Collins and for that matter Hightower didn’t make the Top 100 player list, should they hit free agency they’ll get paid like one.

Hightower is the perfect complement to Collins. Big at 6’3, 265-pounds, he is a fantastic run stuffer in the box with his size and instinctive play. Smart, he calls the plays for the defense and ensures everyone is lined correctly pre-snap. He logged 61 tackles and 3.5 sacks in 12 games last season. Hightower is the glue that holds the front seven together and provides the solid run protection while Collins is the athletic playmaker.

McClellin came over from the Bears during free agency and the biggest question about his signing is, where will he fit?  New England was interested in him during the draft process in 2012 but the Bears selected him in the first round with the 19th overall pick.

Chicago initially had him as a sub-package edge rusher, a full-time defensive end, then two years ago they moved to linebacker where he lined up outside and then in the Mike position. While the Patriots worked him as a defensive end during the spring, look for him to revert to his best fit and that would be as a linebacker. McClellin will initially back up Collins and Hightower and go on the field when they play their base defense.

Freeny came over from the Dolphins a year ago with the reputation as a solid special team performer. He did that but was pressed into service much more on defense after both Collins and Hightower were lost for periods of time during the year.

He logged the third most snaps at linebacker for the Patriots behind Collins and Hightower and notched 50 tackles, one sack, two QB pressures, one forced fumble and two fumble recoveries. But although he was serviceable against the run, Freeny struggled in coverage, allowing 19 of 21 passes to be completed. That must improve.

Johnson made the team out of training camp in 2015 only to end up on IR with an illness in October. The 6’5, the 280-pound backer is athletic and turned heads as a pass rusher in camp. His size and versatility (he can also play DE), may give him a leg up on Freeny if it comes down to a numbers crunch.

With defenses around the NFL getting smaller and more athletic, a player’s versatility can sometimes mean a world of difference between a roster spot and that dreaded call from the “Turk”. That’s where Kamu Grugier-Hill comes in. He is built like a safety, can run like a slot corner and plays linebacker.

The 6’2, 215-pound hybrid S/LB was drafted in the 6th round of this year’s draft with the 208th overall pick. He’s certainly athletic; he ran a 4.45 in the 40-yard dash with a 1.52 10-yard split. Coupled with a 6 .89-second time in the 3-Cone Drill, a 38.5-inch vertical leap, and a 10-foot, 9-inch broad jump, he’s intriguing, to say the least. He was getting a lot of 1-on-1 work with Special Teams Coach Joe Judge this spring and he should fit well in a gunner role as well as a punt blocker. But he could also see some time as hybrid “money” LB/S role that Pat Chung plays as well. 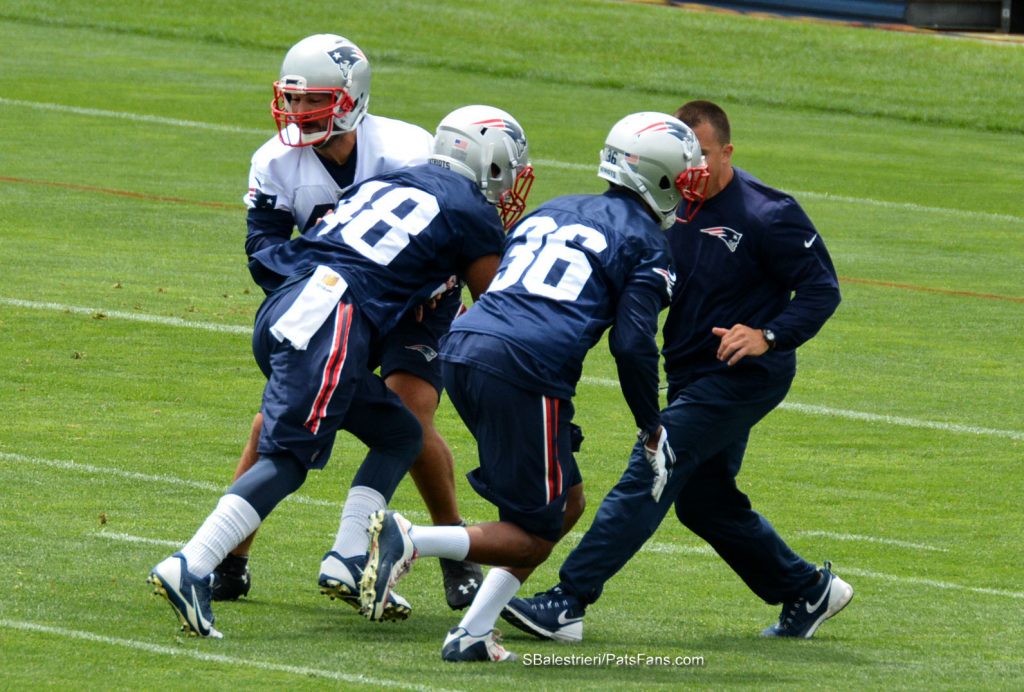 Humber was the first player signed by the Patriots during free agency on March 9. He’s a standout special teams’ performer but with a limited ceiling on defense. He did have 13 starts at middle linebacker in the past three years as an injury replacement.

Originally signed in 2009 by the Colts as a UDFA out of North Dakota State, Humber moved over to the Saints in 2010 and played there until being released this spring. He may find himself pushed hard by Grugier-Hill.
Outside Looking in…. Longshots: Kevin Snyder, Elandon Roberts, C.J. Johnson

Snyder was signed to the Patriots practice squad in December after being released by the Lions who signed him as a rookie free agent in May. He was active for but didn’t play in the AFC Championship Game in Denver.

Roberts was another 6th round draft pick by the Patriots and like Grugier-Hill is undersized at 6’0, 235 pounds. But he’s very productive and plays a down-hill style, run thumping Mike linebacker that belies his lack of size. He shows a tremendous explosion in the running game and when blitzing but struggles in pass coverage.

C.J. Johnson is a 6’2, 235-pound rookie linebacker from Mississippi. He’s had injury concerns while in college and was moved from defensive end to middle linebacker in his senior season. His work ethic and attitude were lauded by the coaches and he was elected to be a team captain. However, he’ll face a steep uphill climb to make the roster.

Check out our earlier primers on the running backs, wide receivers, tight ends, offensive line and the defensive line.  And be sure to keep tuned into PatsFans.com during training camp as we’ll post daily updates from down in Gillette.