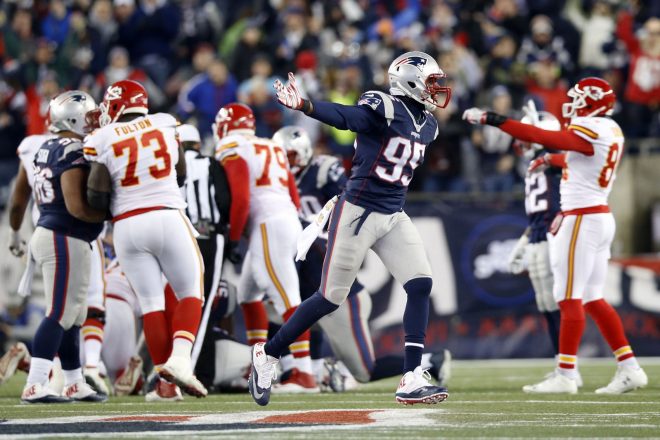 In typical Bill Belichick fashion, what started out as a slow start to free agency saw New England make a big splash on Tuesday as the Patriots continue building their 2016 roster.  Here’s a quick rundown of the latest news to get you caught up.

Jones shipped off to Arizona – The Patriots trading Chandler Jones this offseason seemed like less of a matter of “if” and more of a matter of “when”, and New England did about as well as could have been expected when they pulled off a trade that sent Jones to the desert to join the Cardinals on Tuesday.  The Patriots received a second-round pick in the upcoming draft in the deal, and even managed to receive a a decent throw-in by acquiring former 2013 top-10 pick and offensive guard Jonathan Cooper.  Cooper has had a slow start to his NFL career after dealing with injuries and not living up to his potential, but New England obviously felt good about the acquisition and bringing Cooper in to work with offensive line coach Dante Scarnecchia could give the veteran an opportunity to revive his career.

Cooper has played primarily at right guard during his time in Arizona and there was some discussion this offseason that the Cardinals were going to try moving him to center.  In New England that seems unlikely given the fact they already have Bryan Stork and David Andrews, but for a player with Cooper’s size (6’2″, 311-pounds) he could give them some potential power inside, which would help them revitalize a ground game that wasn’t exactly effective in 2015.

As for Jones, the move ends his career in New England largely due to the fact he’s a player who had a high cap number this season and later would have seen his price tag reach an astronomical level after the 2016 season.  The tough part for Jones came down to a numbers game.  The Patriots find themselves in a situation where they’re flush with young defensive players whose contracts each end after this season, and in terms of priority, Jones was too far down the list of players they absolutely had to keep.  So instead of letting him walk after this season they got as much as they could have hoped for, and now they can turn their attention to trying to keep players like Jamie Collins, Malcolm Butler and Dont’a Hightower in the fold for the long-term while keeping their nucleus of players to build around intact.

Every year, someone has to be the odd man out in the annual game of musical chairs. Unfortunately for Jones, the Patriots pulled his away and they’ll now head into 2016 without him.

Patriots Add Long to the Mix – The intrigue of the Jones trade one day removed from Chris Long visiting New England had many wondering if the meeting had gone well enough to help consummate a deal, and late Tuesday night we got our answer.  According to ESPN’s Trey Wingo, the Patriots reached an agreement just hours after Jones was dealt, with the veteran agreeing to a one-year deal to join the Patriots.

Long is a player with plenty of potential to make an impact, but he’ll have to be another player who is able to re-ignite his career in New England given his recent history.  He’s made just 11 starts over the last two seasons, including having missed 14 games due to injury.  The veteran has 54.5 career sacks, but he’s only had four over the last two seasons and now finds himself in a crowded group that includes Rob Ninkovich, Jabaal Sheard, Trey Flowers and Geneo Grissom.

The veteran was scheduled to visit Dallas on Wednesday but according to Albert Breer, Long was at his home in Virginia getting ready for the visit and the Patriots got him to agree to the deal before he traveled to meet with the Cowboys.

Belichick and the Patriots seem to bring the best out of guys like Long and now that they’ve added him to the mix, it should definitely be fun to see how he fits in over the coming months. 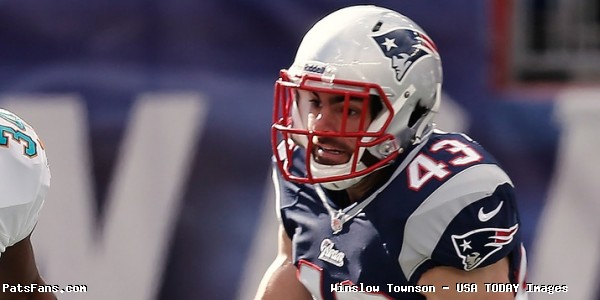 Nate Ebner will pursue his Olympic aspirations in the coming months.

From the time the Patriots brought Nate Ebner into the fold, one of the things they liked about him was his toughness thanks to his rugby background and now they seem to be in full support of watching one of their own potentially participate in the upcoming Olympics.

According to ESPN’s Adam Schefter, Ebner was granted permission by the team to take a leave of absence to begin training at the U.S. Olympic training facility in California for the Summer Olympics.

Ebner was a standout in the sport at Ohio State, earning him All-America honors and he’s excited about the opportunity to play in the Olympics, which is somewhat of a unique opportunity.  The sport hasn’t been part of the summer games since 1924, but it will be a part of the games in Rio in the coming months and Ebner is looking forward to it.

“Growing up playing rugby, we didn’t have the opportunity to play in the Olympics,” Ebner said in a Confernce call via ESPN.com on Tuesday.  “The biggest thing you could go to was the World Cup because rugby wasn’t in the Olympics but to see it back in the form of Sevens in 2016 in Rio, just the idea of being a part of the Olympics would be humbling and amazing.”

He’s scheduled to miss part of training camp but will likely be back with the team sometime after the August 6-11 Olympic rugby competition.

Blake Headed to Detroit After Visiting Patriots – After visiting the Patriots on Tuesday, Mike Reiss reported that free agent cornerback Antwon Blake is headed to Detroit to meet with the Lions.  Blake will meet with Lions GM Bob Quinn, who used to work for the Patriots.  Blake finished 2015 leading the Steelers with 11 passes defensed and two interceptions.