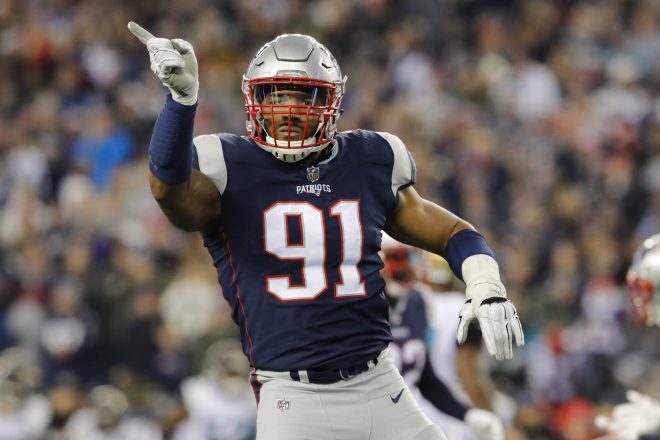 Last year we were amazed at how mature DE Deatrich Wise looked for a rookie. He carried himself and had the look of a player well beyond his 23 years. Now just 24 and beginning his second season, Wise is relentlessly pursuing his craft with a never-ending search to improve and become a better, all-around, more productive edge defender.

Wise had a decently productive season in 2017 for a rookie and notched five sacks. But there were many times, the rookie found himself on the bench because he wasn’t quite up to snuff on his complete game. The learning curve is steep for all rookies and he was no exception.

Wise isn’t built like most edge rushers, he’s big and powerfully built, listed at 6’5, 275 pounds. While he doesn’t have the athleticism of a Trey Flowers who can drop into short area coverage in the flat at times, Wise would be at a severe disadvantage in a spot like that. But with his size and strength, he’s excellent at setting the edge and can generate the power to bull rush past offensive linemen.

Bill Belichick frequently says players normally make the biggest jump in play between Year 1 and Year 2 of their development.  Wise made a big splash on Day 3 of training camp when the pads came on when he decleated Jeremy Hill on an inside running play and sent the veteran RB flat on his back. 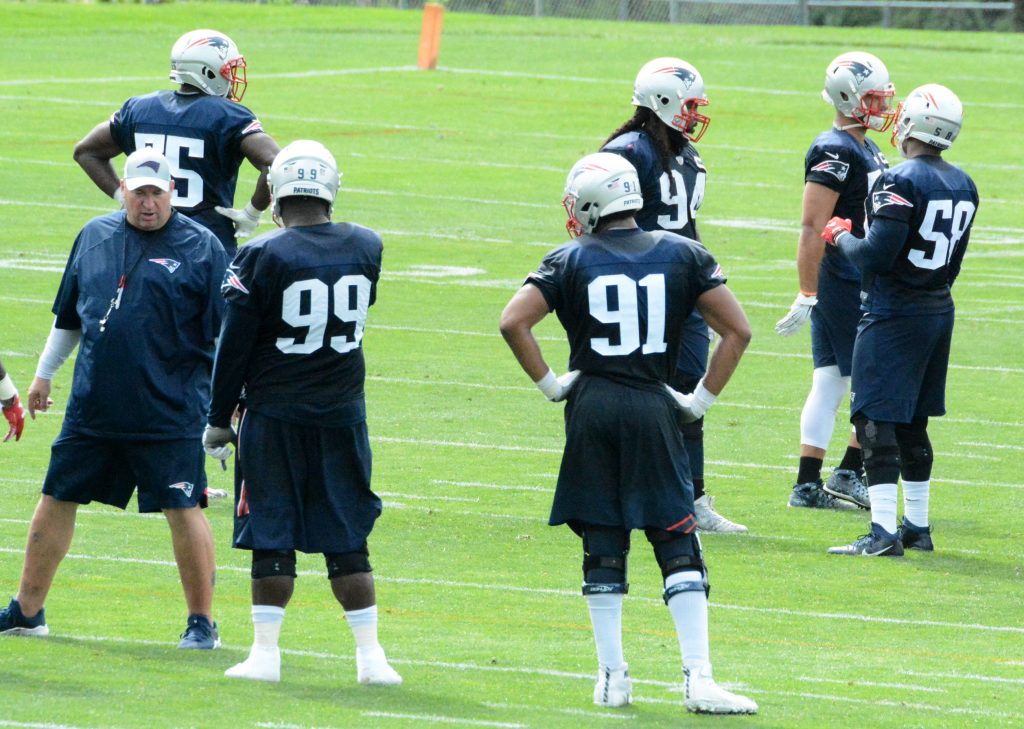 He’s been one of the standout players on the Patriots defense thus far in training camp and after Sunday’s practice session ended around 11 a.m. Wise, Flowers and Derek Rivers stayed on the field working on their pass rush moves.

Flowers, the veteran was showing the two younger players a move, then the younger pair would emulate and they went on and on for about 45 minutes. Flowers then left the two second-year players to work on their own for another 10-15 minutes. Rivers then stopped and enjoyed a few moments with his family. Wise continued on, working on a sled with his hand moves under the watchful eye of his ex-college coach Bret Bielema.

Finally, he came over to speak with the assembled media. As big and physical as he is on the field, he’s very polite and soft-spoken off of it. He tried to answer every question thrown his way and gave detailed answers.

Asked what was the big difference he could feel between Year 1 and Year 2, Wise said that during his first training camp he was feeling his way as he went. Now he says,

“It’s about paying attention to detail, the small things, my hand placement, my pad level is correct…stuff like that.”

Wise added, “we, as a group, are just trying to get better every day, work on the small things, like I just said to make us better as a unit. We want to build the chemistry so that the d-line can thrive.”

He was asked about the addition of Adrian Clayborn and what he’s helped the younger players on the roster with. Wise was quick to point out that the addition wasn’t just Clayborn but Danny Shelton as well and the two experienced veterans bring a lot to the table that the younger players may not have. “They bring another part, another integral of the game that we can get better on.”

Wise spoke DL coach Brandon Daly’s philosophy which isn’t just about sacks but about disrupting the offense’s flow. “The coach is always telling us to be disruptive, if its a sack, PBUs (passes broken up), closing the pocket, containing the QB, getting your hand in his face, anything to disrupt the QB.”

What part of his game is he specifically looking to improve? He was asked. All of it he replied. Wise considers himself a student of the game and is always learning and looking to get better.

On Sunday, after a fairly low-key practice, it was go-time. The best battles of the day took place along the goal line, where the offense had done well on Saturday, but Sunday was a different story. Four cracks at the end zone with different alignments and different backs, but the same results. No touchdowns.

For Wise, it is all part about constantly improving and getting better. “Very important on the aspect that we’re getting better,” he said of the unit’s success up front. “Getting better from yesterday and looking to improve from here on out.”

If the Patriots defense is going to be better than 2017, it will have to start up front. The defense was gashed for 4.7 yards per carry a year ago. With the addition of Danny Shelton upfront, the front line has to solidify. It also includes the edge players as well, everyone working in concert on the line will allow the linebackers to fly up and make plays.

Wise will have to be a big part of that. A big edge defender that can kick inside and bring pressure up the interior. From all looks that we’ve seen thus far, he’s looking prepared to do just that. “The 2017 defense was last year, we haven’t had the 2018 season yet. So we’re trying to always get better.”

Click on the link below to see the interview in its entirety.

By: Robert Alvarez
The Patriots show off their customized cleats for the NFL's annual "My Cause, My Cleats" campaign over Instagram.
10 hours ago

By: Russ Goldman
In this episode, we look back at the loss to the Vikings on Thanksgiving, and later on, we preview the upcoming game against the Bills.
18 hours ago