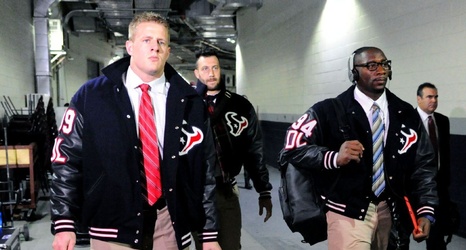 PatsFans.com Supporter
2020 Weekly NFL Picks Winner
I’m surprised nobody caught this last night as they showed it during the broadcast. Their D coordinator is such a d bag and acts like Rex Ryan. Dude pulled out a chain when taking the photo. Very cringe worthy.

PSSST Ravens we lost to Miami and some other scrub teams last year...it doesnt mean much in the big picture (SB Trophy).
S

Now that explains it.

BmoreRavens said:
Meh.....don't let it bother you.....this is one Ravens fan that doesn't like it either. I believe you act like you have been there before. You haven't accomplished anything. The Ravens won the game. Great.......You do this when you win a championship. You wouldn't find the Patriots doing something like this.
Click to expand...

2020 Weekly NFL Picks Winner
Do not ruin somebody's dreams. Some teams have their SB in November.

PatsFans.com Supporter
it was obviously a huge milestone for them.........now watch them lose to the bengals

1) What happened in the past (we get blown out and then win SB or go deep in playoffs) is not guaranteed to happen again.
2) The ravens are real and the athletic skill is there, at least recognize this.
3) Has this ever been done before...a SB like pic by a team after a regular season game.
4) The Ravens now have the attention of the remaining teams on their schedule...they will get a taste of what we get on the daily.
5) We were in this game
6) Mental toughness will sharpen as BB has something fresh to speak to the team about.
7) You have to earn it.
8) LFG!!!!

fnordcircle said:
We see it so often, teams blowing their load on beating us. Hell the Jaguars are still in a tailspin after their franchise defining week 2 win against us last year.

Maybe this will be the time where a team invests this much into beating us and are able to do it again when it really counts but I'm making good money betting on the patriots year in and year out and I think I'll just keep on doing that.
Click to expand...

What's weird though is BB led teams have lost two games in a season to teams fairly frequently:

But to be fair, BB teams has also beaten teams twice in a season often too:

Bottom line is most of the two losses in a season were to non wildcat type bs offenses, and/or elite defenses. Not only do I think the Pats would beat Baltimore in a rematch. I don't think it would be particularly close.

Mark. said:
I never like losing, but really hate losing to the Harbaugh-led Ravens. Let them enjoy the November Superbowl.
Click to expand...

Baltimore is too close to ohio

Houston wore those jackets before the game...Baltimore at least beat us on the field

The ravens and harbaugh are nimrods

If they play again BB should frame that photo in the locker room for extra motivation.

slash83 said:
If they play again BB should frame that photo in the locker room for extra motivation.
Click to expand...

You can take that to the bank. That photo is prime bulletin board material for a rematch.

I wonder if they contacted the Colts, to get pointers on how to make a banner for that?

It's corny but this has no bearing into the outcome if we do play them again.

Soliel said:
Well, this was their super bowl
Click to expand...

Agree, 100%. One thing that pissed me off more than anything about the loss was how overly ****y/showy Baltimore is/was, after every play. I feel like the Pats don't act like that, but maybe I am biased.

With these "championship photos" I was thinking to myself, "Jeez, act like you've been there before..." Half of me hopes we get them in the playoffs and smoke them; the other half hopes they get knocked out in the first round by somebody else.