​
It’s here! It’s now! Football fans will witness history in the annals of New Jersey football this season as the Jete complete 50 years – a full half-century – without a championship of any kind. That is, if you are willing to consider Super Bowl III a bona fide championship game and not simply a post-season exhibition tilt between teams from the now long-defunct American Football League and National Football League. Suffice to say that the Green Beans never have won an NFL title and perhaps never will.

Why is this? Many reasons, including clueless ownership, incompetent front-office management, poor coaching and inferior players. But perhaps the biggest reason of all is BAD KARMA. The Green Beans and their fan base occupy a black hole of negativity that even the brightest minds of science, industry and theology have been unable to quantify. While no one knows the root cause or the cure, we certainly can identify its endless manifestations, a few of which are itemized below.

Death. Taxes. Another year of Jets suckage. Like the sun rising in the east and setting in the west, some things never change. The hallowed tradition of this thread might be seen by many as mere diversion, an ephemeral source of transitory amusement. Yet, the veterans here realize its role as a vital public service -- informing and enlightening those otherwise oblivious to that morbid franchise's scurrilous, soulless transgressions against the Patriots, mankind at large, and all that is true and good. Our pledge is to keep the beacon of righteousness forever trained laser-like on East Rutherford's green slimy scourge. More than 3,000 posts in last year's thread evince the importance of this.

We MUST remain vigilant, as the New Jersey Green Beans continue their scheming ways and underhanded shenanigans perpetrated by unprincipled owner/certified greedy dope Woody Johnson, who now oversees the continuing trainwreck of his franchise from the chair of U.S. ambassador to Britain. (It is unknown at this early stage how much the U.K. presence of Goofy Woody has harmed NFL Commissioner Roger Goodell's overseas expansion plans.)

It's safe to say that not even Old Sad Joe thought the suckage would be this pathetically perennial. But here he is, pondering those good ol' days slipping further into the recesses of fading memory ...

​
... Even memories of chasing hot chicks who would kiss back have faded like tail lights in the distance ...

​
But for the Jete FANS, the majority of whom were born well after Joe's notable exploits, memories are not worth savoring. That's one reason for the ongoing existence this thread, to chronicle Jete suckage as a matter of historical record.

For the uninitiated, here is a partial historical recap of the Green Beans’ violations and gaffes, in no particular order:

More to come … please chime in with your own border-war lowlights.

Remember, folks: "Jets Suck" is not simply about them sucking on the field of play. That almost is peripheral to the true essence of Green Beans suckage, as bad as they can be between those white lines. They suck first and foremost as an organization devoid of scruples, integrity, honesty, proper hygiene or other remotely redeeming qualities.

PatsFans.com Supporter
2019 Weekly Picks Winner
And now, a word from our sponsor:

Thanks, Tunez, for kicking off another year of capturing the futility of the Jete!

SOFJ are in for another year of misery!

All the good QBs are gone.

Jete bottom feeding with another year of McKown and maybe a contract thrown at Bridgewater.

Yet still enough QB hungry teams ahead of them in the draft.

PatsFans.com Supporter
Required posting for the annual Jets thread, to help level set their fans after they initially think they've won the offseason. 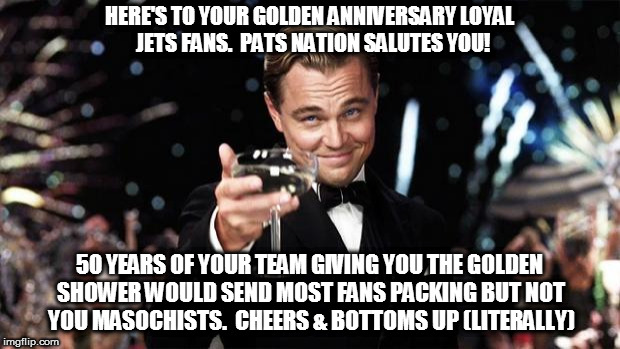 PatsFans.com Supporter
So happy to see this thread. Can't wait for Joker to share some of his wisdom.

This is brilliant as per.

Still think revis saying the pats were bidding was my personal recent fave. 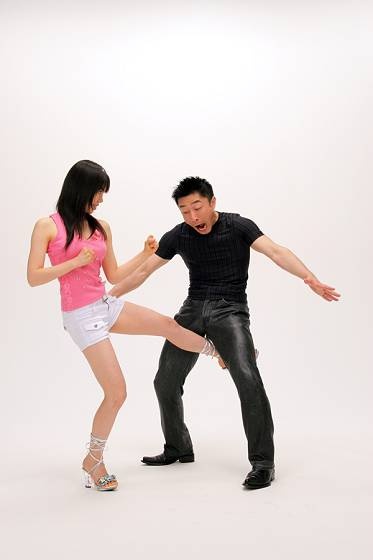 Great post. Phenomenal achievement by the J-E-T-E-S, and their fans. Yes folks, their fans, who drove them to so many of the horrible decisions they ultimately made. Fifty years in a partnership of sustained failure. My heartiest congratulations to them all.

Bridgewater also signs with the Jets. It’ll be hilarious if they pass on a QB again, or if a rookie chafes at being stuck behind two vets.

What a shame for Teddy to have his career dealt such a calamitous blow. Also, his knee got torn up real bad a few years ago.

slam said:
Bridgewater also signs with the Jets. It’ll be hilarious if they pass on a QB again, or if a rookie chafes at being stuck behind two vets.

What a shame for Teddy to have his career dealt such a calamitous blow. Also, his knee got torn up real bad a few years ago.
Click to expand...

You know Teddy is praying for his knees Sake we don't get Suh.

Weird signing ensuring another year of purgatory for Jete fans, especially with McClown beating him out as expected. Each has a one-year contract demonstrating NO FAITH from the team.

PatsFans.com Supporter
2019 Weekly Picks Winner
THIS is our year!

THIS is your year for a bumper crop of: 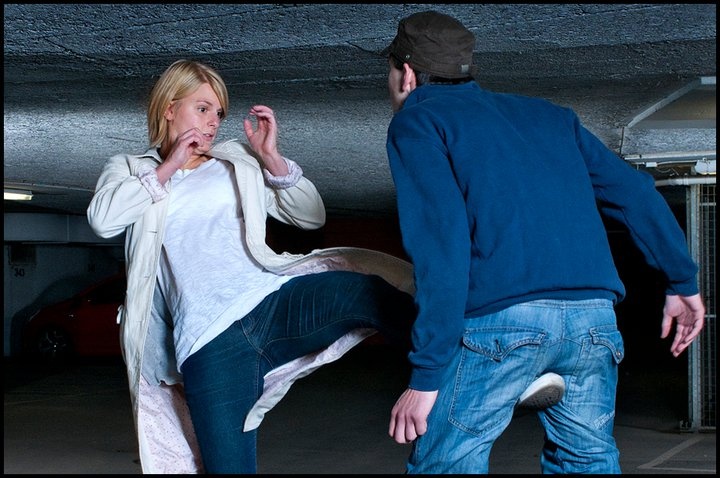 Great post Tune. I must ask, whats worse: Being a fan of the Jete or being punched in the face every Sunday? (Never in January. Bah, same thing right?

THIS is your year for a bumper crop of:

You're disrespecting Redman? Smh... No class.

SI claims Steve Belichick is the Patriots next HC
2