Seriously. Timpson was not good.

AndyJohnson said:
Seriously. Timpson was not good.
Click to expand...

He wasn't, neither were any of those WR from that era - but he did have some good moments.

Ross12 said:
Lol, yeah, that was certainly a slip by Barner. But I don’t think revealing a new guy is catching punts is necessarily top-secret info. I doubt Jacksonville says “oh man, we thought Chung or Barner would be catching punts but it might be Coleman, this changes our whole game plan!” I don’t know if Coleman is even active - I doubt he is.
Click to expand...

I'm over-dramatizing it but talking about what happened in practice is just not something players here do. Ever.

mgteich said:
We have Patterson as our active WR/STer.
Click to expand...

AndyJohnson said:
Seriously. Timpson was not good.
Click to expand... 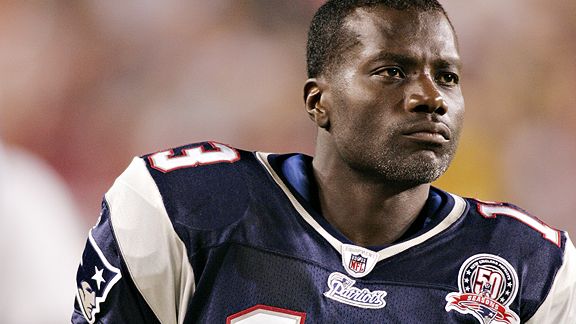 robertweathers said:
I'm over-dramatizing it but talking about what happened in practice is just not something players here do. Ever.
Click to expand...

Yeah I’m sure Barner was spoken to by coach after that one regardless.
R

Wow that retort convinced me.

AndyJohnson said:
Wow that retort convinced me.
Click to expand...

...and yours convinced me.

Please to help me with my rucksack.

PittPatriot said:
Wikipedia says, "On August 6, 2018 Kenny Britt welcomed a new baby girl Lennox Skye Britt weighing 5 pounds 14 ounces."
That's pretty small consider the big genes she would get from her father. I wonder if maybe his wife had a preterm delivery and he was distracted, etc? Total speculation on my part.
Click to expand...

That's some deep detective work and analysis - I like it!

PatsFans.com Supporter
I just googled it and apparently a "serious hamstring STRAIN" takes up to 10 weeks to heal.

The Patriots released Jordan Matthews on August 1st..47 days or 6-7 weeks ago.

I am mildly excited about Britt, but more excited about the possibility of Matthews returning. I think he would be a great security blanket for Brady.

robertweathers said:
I dunno. What I do know is WR5 needs to play STs.
Click to expand...

He already does; goes by the name of Patterson.

Because of his age and physical ability I suspect BB is also taking the long view with Coleman.
Click to expand...

I'd rather he have taken the long view with Chad Hansen instead of Coleman.


mgteich said:
We have Patterson as our active WR/STer.
Click to expand...

If we had a competent WR group, he should be.

robertweathers said:
How does one go about injuring a hamstring during a photo shoot?
Click to expand...

Dude, I tweaked my back while sleeping so I guess anything is possible.

PatsFans.com Supporter
2019 Weekly Picks Winner
Do not know if Britt or any WR is the answer any more, if anything tired of the banter that ensues after every and any WR that becomes available..

Not content with our current core, but if they prove serviceable somewhat reluctant to bring in the next best thing whether it be Bryant, Gordon, Britt or Matthews. Of that crew prefer guys who know the system, the plays and expectations of playing on the Patriots. As evidenced last week Brady was masterful involving other receivers.. consider Develin never thought of as a threat, but now D's have to worry about him as well.

Have to wonder why Bryant is out there wandering among teams and sharing the box with Jerry Jones at concerts... there has to be a lot more to that story.

Tony2046 said:
Dude, I tweaked my back while sleeping so I guess anything is possible.
Click to expand...

Are you in NFL shape??

Soliel said:
That’s my idea too. I couldn’t stand it there. The browns are only good at making people need anti depressants
Click to expand...

Was Gordon ever out of trouble long enough to be a free agent?

Mozart might have been a genius. Guy who made these definitely is.

Tony2046 said:
Dude, I tweaked my back while sleeping so I guess anything is possible.
Click to expand...

I tore my labrum and rotator cuff moving dirt with a wheelbarrow.