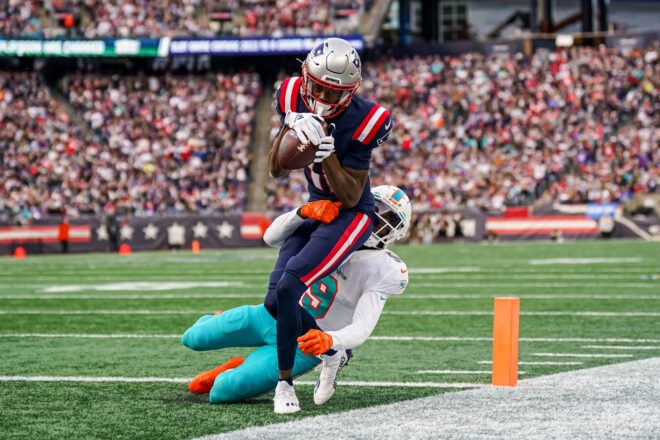 The New England Patriots ended the 2022 home schedule on a high note with a 23-21 victory over the Miami Dolphins in the Gillette Stadium finale this past Sunday.

In the contest, the defense continued to make big plays to make up for the struggling offense, scoring a touchdown for the seventh time this season, a franchise record. Safety Kyle Dugger recorded his third score of the year following an interception of Teddy Bridgewater in the third quarter. It was the fourth straight week the defense scored a touchdown.

Finally, the game marked possibly the last time veterans Matthew Slater and Devin McCourty suited up in front of the Foxboro faithful. Both players have indicated through various comments they will retire after the season.

Check out the mic’d sideline sights and sounds and locker room footage after the game below.