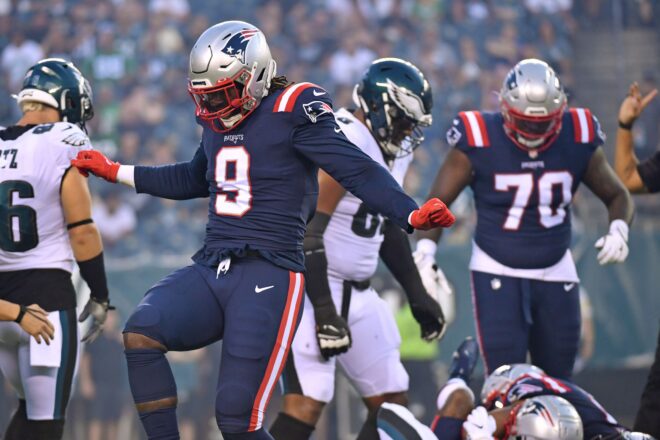 On Tuesday, the Seahawks dropped a bombshell when it was reported they had traded franchise quarterback Russell Wilson to the Denver Broncos in exchange for three players and five draft picks (two firsts one in 22′ and 23′).

However the moves didn’t stop there as the Seahawks released all-pro linebacker Bobby Wagner later that night. The move saved Seattle roughly $16.6 million in cap space as he was entering the final season of a three-year, $54 million deal.

Following word of Wagner’s release, Patriots linebacker Matthew Judon sent out a funny tweet in an attempt to “recruit” Wagner to join the Patriots.

While the now 31-year old Wagner wouldn’t follow any Patriots plans to get younger and faster at the linebacker position, especially after the recent release of Kyle Van Noy, the veteran has remained very productive on the field despite his age. He has been named a Pro Bowler in every season dating back to 2014.

Should the Patriots decide to follow Judon’s recruitment efforts, they can start putting together an offer on Monday during the NFL’s legal tampering period prior to free agency.