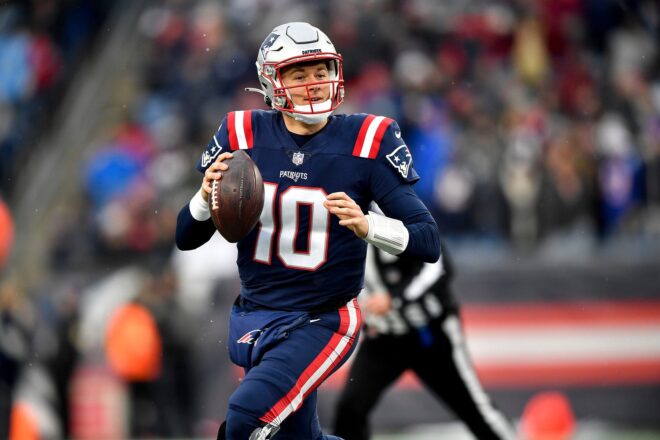 The New England Patriots returned home on Sunday to take on old friend Mike Vrabel and the AFC-leading Tennessee Titans at Gillette Stadium.

The Patriots entered the contest riding a five-game winning streak and looked to capitalize on the short-handed Titans who were without their top two receivers and All-Pro running back Derrick Henry.

Check out how the afternoon unfolded through all the best social media sights and sounds shared before, during, and after the game below.

In the first quarter, the Patriots began the game with yet another opening drive touchdown to take the early 7-0 lead while on defense Matthew Judon continued his dominant season.

From @ESPNStatsInfo: Patriots with their 6th opening-drive TD since Week 5, most in the NFL.

In the second quarter, the Titans answered back with a touchdown of their own but kicker Randy Bullock missed the extra point to preserve the Patriots lead.

On the ensuing drive, the Patriots added three points back courtesy of a Nick Folk 22 yard field goal following this dime pass from Mac Jones to Jakobi Meyers.

Drew Bledsoe is in the house! pic.twitter.com/MRmpQ2wEO4

Leading by four with six minutes to go until halftime, it appeared the Patriots lead would be cut to one, but again Randy Bullock missed a field goal.

From @ESPNStatsInfo: Randy Bullock has missed a FG and an extra point, both hitting the right upright.

Opposing kickers had made 62% of their FG tries at Gillette Stadium this season entering the day, lowest for visitors at any stadium.

The Patriots tacked on two more field goals before halftime, one of which was courtesy of this Davon Godchaux forced fumble.

Leading by ten just before the half, the Patriots once comfortable lead vanished in a flash when Dontrell Hilliard ran for a 68 yard touchdown just before halftime to trim the Patriots lead to 16-13 as both teams went to the locker room.

Needing a response, the Patriots came out firing in the second half as a Nick Folk 28 field goal followed by a big turnover by the defense contributed to ten more points and a 26-13 lead

RT when you see him. pic.twitter.com/azKroVjKgm

With one final quarter remaining, the Titans appeared to be on the doorstep of getting back into the game, but a clutch goal-line stand by the Patriots defense snuffed out the rally.

5 interceptions in his last 6 games for JC Jackson 💰💰💰💰

From @ESPNStatsInfo: J.C. Jackson's 24 career interceptions are tied for 3rd most by a player in his first 4 seasons since the 1970 merger.

Over the past 4 games, Patriots CB J.C. Jackson has been thrown at 12 times, per a CBS graphic.

A Nick Folk field goal and Damien Harris touchdown later in the quarter iced the Patriots sixth win in a row heading into the biggest matchup of the season against the division rival Bills next Monday night in Buffalo.

Press-box announcement: The 5th 50-yard field goal of the season for Nick Folk, which ties the Patriots record set by Stephen Gostkowski from 2013.

Gostkowski, by the way, is present for the game (surprise birthday gift to his son).

Nick Folk has the seventh 5+ field goal game in Patriots history, and the fourth under Bill Belichick. pic.twitter.com/X4uI4C5jsP

🔟 drives for the Patriots today.

With Devin McCourty on an opportunistic defense and a look at the horizon. (Also, a joke about hair loss and a cameo from Jalen Mills). #Patriots pic.twitter.com/S1LwiQ8QgH

From @ESPNStatsInfo: The Patriots have 3 straight wins by 20 points with the same rookie starting QB in Mac Jones. The only other team/rookie QB to have that all-time was the Seahawks with Russell Wilson in 2012 (Week 14-16).