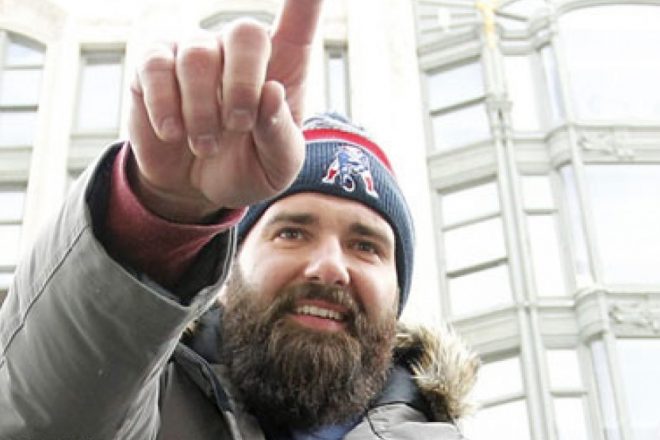 Thursday saw the absence of veteran linebacker Rob Ninkovich, but it appears whatever kept him off the field wasn’t injury-related.

According to Boston Sports Journal’s Greg Bedard, Ninkovich missed Thursday’s session due to personal reasons, although it’s unclear when he’ll be back on the field.

The 33-year old plays a difficult position and never seemed to quite get going last season after he tore his triceps in training camp in 2016 and then surprisingly found himself suspended for the first four games after testing positive for a banned substance.

Whether or not there should be any concern about Ninkovich playing another season is unknown, but battling offensive tackles week in and week out likely takes a toll.  He wasn’t nearly as effective last year as he had been in previous seasons, and it’s not like the Patriots haven’t been in this position before.

Ninkovich, who signed with the Patriots as a free agent in August of 2009, may be in the same place as his former teammate, linebacker Tedy Bruschi, who found himself not physically able to play at the standard he held himself to and opted to go out on his own terms.  Ironically enough, Bruschi finally made the decision to hang it up not long after Ninkovich arrived, with Ninkovich joining the club on August 2nd and Bruschi retiring just a few weeks later.

Bruschi’s retirement was an emotional event that marked the end of an era, and it’s hard not to wonder what the future holds for Ninkovich as well.

Ninkovich recently said he was playing on “Bonus Time” and said that his future would work itself out.

“Every year, you’re like, ‘OK, this could be it.’ That’s why I say this is bonus time,” Ninkovich said via the Providence Journal. “I played past 10 years. I originally wanted to play three or four, whatever the pension was. Then I played 10 and 11 and we won another Super Bowl. It’s one of those things, you have to let it work itself out and it always works itself out.”

It’s still a little early to say he’s done, but we’ll just have to see if he’s going to play one more or join Bruschi as another player who could decide to walk away after an incredible career as a Patriot.