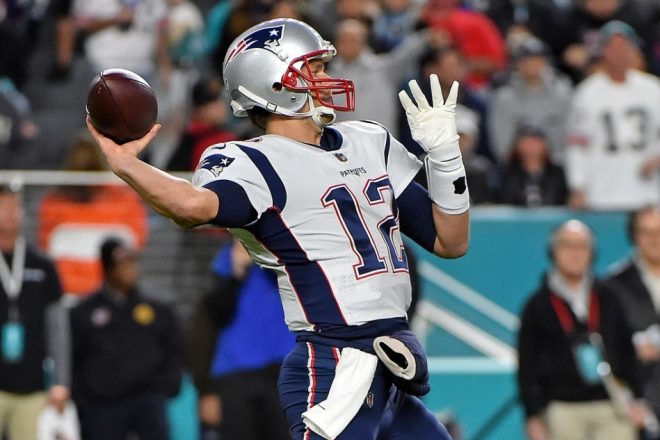 Brady, a Chestnut Hill MA neighbor to the College, decided to stop by and catch up with Eagles offensive coordinator Scot Loeffler, who, according to The Boston Globe, was a graduate assistant for the University of Michigan football team in 1998 during Brady’s Junior season.

According to the Globe report, Brady also met with quarterback Anthony Brown.

It was great having Tom Brady on campus. He spent a few minutes chatting with @BCFootball QB Anthony Brown and @BCCoachLoeffler during his visit. @BCEagles pic.twitter.com/UgBjGlL9pX

Tom Brady stops to fist pound a young fan during his visit to @BCEagles on Saturday. Rocking the @UnderArmour gear as he passed by BC legend @DougFlutie statue. pic.twitter.com/gqGV5PoyTq