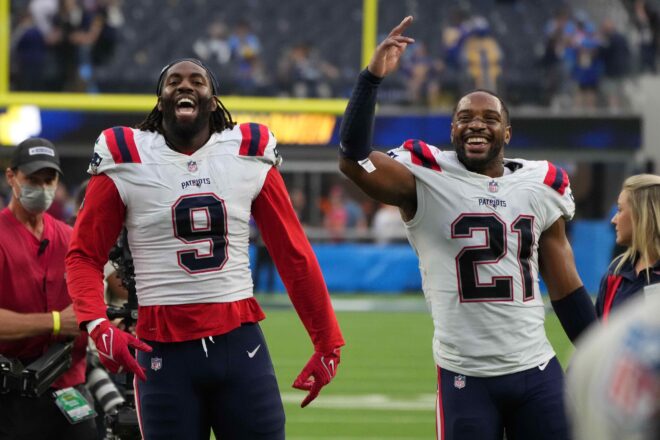 New England Patriots linebacker Matthew Judon is in the midst of a career season on the field with his career-high 10.5 sacks, but he created an unexpected stir off it on Tuesday when responding to a question about his favorite Thanksgiving side.

During his press conference, instead of sharing what his favorite side is, went on a comical rant against serving mac and cheese at the dinner table.

“I’m not even gonna answer your question,” Judon said. “I’m gonna tell you: We got to get macaroni and cheese off the table.”

Judon went on to say the dish is “just cheese and noodles, and it’s not that good” and referred to it as one of the “most overrated dishes.”

“I’m gonna have to fight everybody in the house, one by one,” Judon continued. “And I’m gonna wait until they eat their macaroni and cheese, get sluggish, and then I’m gonna whoop them.”

“Every time I try it, it’s the same thing,” Judon said in response if he’s even given it a chance. He went on to say “it’s never gonna change. It is never gonna get better, all right? I’m almost 30 now. I’m pretty set in my ways. And it’s disgusting. Get it off the table. The bathrooms will be less busy.”

Later on Tuesday evening, Judon shared a video of himself reading off a variety of angry messages he’s received from people on Instagram that are upset over his mac and cheese stance in a homage to the Jimmy Kimmel show’s “Mean Tweets” skit you can watch below.

By: Russ Goldman
In this episode, we look back at the Patriots loss to the Bills, Later on, we preview the upcoming game against the Cardinals.
4 hours ago

By: Ian Logue
Watching Sunday's group of NFL contests yesterday was a frustrating reminder of the contrast between the New England Patriots and the rest of the league…
1 day ago

By: Ian Logue
Here's what Bill Belichick had to say during his weekly appearance on WEEI's The Greg Hill Show on this Monday morning.
1 day ago