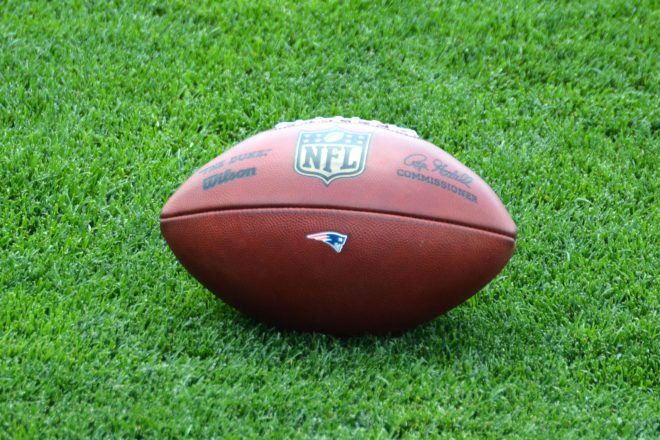 Patriots Football is back!

With the agreement between the NFL and the Players Association to limit the training camp roster to just 80 players, the Patriots released 10 players over the weekend.

Under the agreement with the NFL and the NFLPA, the Patriots could have remained at 90 players had they wished to have split-squad workouts but they opted to cut down to the 80-man limit and having the entire team together during what will be a very different training camp schedule for 2020.

But for all seven of the UDFAs, they were released without ever getting a chance to compete on the field. And with the next influx of college football players entering the draft in 2021, most of these players will face the daunting task of trying to catch on somewhere without the benefit of any kind of tape from the pros. It was just a case of bad timing for the rookies who were the added victims of the COVID-19 coronavirus pandemic that submarined their chances at earning a pro spot in 2020.

The team still has UDFAs wide receiver Jeff Thomas, running back J.J. Taylor, tight ends Jake Burt and Rashod Berry, defensive linemen Nick Coe and Bill Murray, linebacker De’Jon Harris, and cornerback Myles Bryant. We have already written about Thomas and Taylor, in particular, who are undersized but can make plays with the ball in their hands, and despite long odds at making the roster, will bear watching this summer.

Defensive linemen Murray and Coe are both intriguing and will have the opportunity to earn a roster spot, at a position where the team needs an influx of youth and depth as the unit goes through some transition and needs some young depth. But for all of the rookie UDFAs, trying to make a roster without the benefit of any preseason games and a dearth of padded practices will be a very tough task this summer.

For the 2nd-year players, Gant flashed at times for the team last summer, which was one reason he was brought back. And Pickett had an interesting career with UCLA, going from walk-on to special teamer, to #1 safety. But with the drafting of Kyle Dugger, and them bringing in veterans Adrian Phillips and Cody Davis, the depth chart was looking pretty steep in front of them. Veterans Devin McCourty and Pat Chung, along with rookie Dugger, who by virtue of his draft position are locks. Phillips, Davis, and Terrence Brooks give the team the added depth and special teams experience that they’ll need.

So, for the time being, the roster is locked in at 80 players, and they won’t have to cut anyone until the final cut at the end of training camp. Of course, there is the inevitability of injuries that occur every summer, and between now and next week, (August 3rd), the window is still there for players to opt-out of the season, for which they’ll receive a stipend from NFL owners. Players who opt-out for medical reasons will receive a $350,000 stipend, voluntary opt-outs are slated to be $150,000.