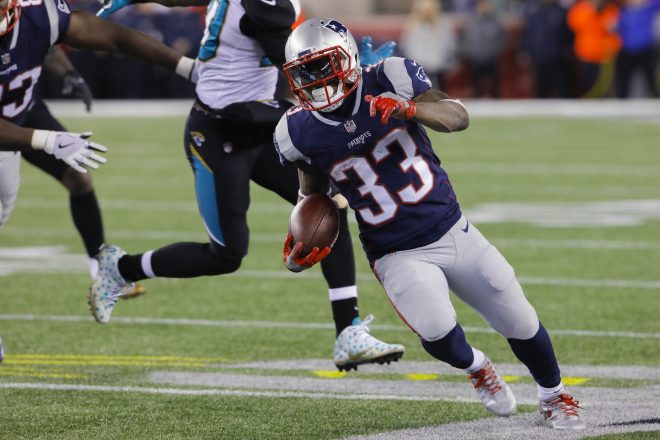 After ten seasons in the NFL, running back Dion Lewis is retiring according to an ESPN report.

Lewis, who most recently played for the New York Giants in 2020, was a member of six NFL teams dating back to his rookie season in 2011 when he was drafted in the fifth round by the Philadelphia Eagles out of the University of Pittsburgh.

Over his first four seasons Lewis battled season ending injuries and inconsistent play before the Patriots took a chance on him before the start of the 2015 season.

From 2015-2017, Lewis would appear in 30 games and make 19 starts for the Patriots, totaling 1,413 rushing yards and 696 receiving yards with 13 total touchdowns. He earned the nickname “jitterbug” from teammate Julian Edelman for his elusiveness on the field during his first season with the team.

In 2016, Lewis won his first Super Bowl championship and had his best statistical season in the NFL a year later when he ran 180 times for 896 yards and six touchdown thanks to a career high eight starts in 2017. He helped the Patriots reach another Super Bowl in the process.

Following the 2017 season, Lewis signed a four-year $20 million contract with the Tennessee Titans where he would play the next two years before falling out of favor with the team due to the emergence of running back Derrick Henry.

During his final season with the Giants in 2020, Lewis logged just 115 yards on 29 carries while catching 19 passes for 127 yards and scoring three touchdowns.

Although Lewis wasn’t a Patriot for very long, he did provide some memorable moments during “dynasty 2.0”.

The last time the #Patriots played a Divisional Playoff at @GilletteStadium…

Relive this & many more memorable Patriots moments at #TheHall.