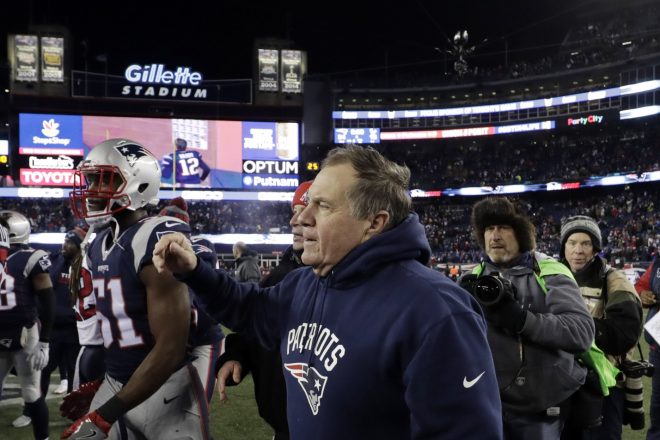 It’s been a crazy start to the offseason for the Patriots, who have spent the last couple of days loading up their roster coming off their first losing season in almost 20-years.

Following a 7-9 season, head coach Bill Belichick clearly sat down and formulated a plan that included a list of players he wanted to target and it seems like the Patriots swung for and hit on most of them.

On offense, they added two incredibly talented tight ends in Hunter Henry and Jonnu Smith, while also adding receivers Nelson Agholor and Kendrick Bourne.  While on paper the latter two names may not excite you, it doesn’t change the fact that they’ve quietly put together a group that is going to be really tough to defend next season, primarily because teams won’t be able to cover everyone.

The hard part is, that leads to the question of whether or not Cam Newton will be good enough to get them the football.  We’re all aware of Newton’s shortcomings, but having had some time to look back, even as bad as he was at times in 2020, it doesn’t change the fact this team was pretty close to being better than what they were with a cast that certainly wasn’t as talented as who they’ve added.  Looking back at the way Newton threw the football over the first few weeks compared to the rest of the season, there’s hope that he can potentially at least be as good as he was early on, which would certainly allow them to be much more competitive in 2021.

On defense, they’re getting back Dont’a Hightower and they added linebacker Matt Judon as well as nose tackle, Davon Godchaux up front.  Two key players who remain in question are J.C. Jackson and Stephon Gilmore, as both of those are critical to New England’s secondary.  The consensus appears to be that Gilmore could be traded this offseason, while Jackson – on paper – is a restricted free agent.  Should Gilmore be dealt, the idea that the Patriots would still have Jackson is encouraging but the concern might be that even with a first-round tender, it’s still possible another team could swoop in and offer a deal New England can’t match.

However, if they can head into 2021 with at least one of those players, they’re still good enough to go up and compete against the better offenses in football.  That may be all it takes to give them a shot at being the last team standing in the AFC in January.

It sounds crazy, but with what we saw over the course of an entire season, it’s not as impossible as it seems.  They were in all but two of the 9 games they lost last season, with four of those losses being by 7 points or less.  The likely contender in the AFC is Kansas City, who the Patriots went into the locker room at halftime trailing 6-3 in their meeting last season as Brian Hoyer mismanaged the final minutes and things fell apart from there.  The point is, Belichick likely knows that they were good enough to win a lot of those games last season and now they have the firepower to potentially flip some of them.

They split with the Bills last season and nearly pulled off the win on the road in the first match-up when they were still in the thick of things.  Buffalo will likely be another tough out in 2021 but given the additions, the Patriots now have the personnel to make that a little harder for them.  The same can be said about the Dolphins, who New England also split with in 2020.

Let’s be honest, given this cast, there would probably be a discussion of a potential undefeated season heading into this year if Tom Brady was still at the helm.  Instead, with Newton, that notion is unlikely but honestly, all they need to do is be good enough to get into the playoffs.

When it comes down to it, the biggest thing we’ve seen over the past few seasons is that with Belichick at the helm, they’ve been able to scheme their way to wins and be competitive in games where we didn’t think that might be the case.  That includes the best teams in football, with the Chiefs having a tough time against them.

That’s primarily why if the Patriots can at least get into the postseason, all bets would suddenly be off because while they may not necessarily be a powerhouse, this coaching staff can get them where they need to be, provided the players can simply go out and execute.  They’ve already proven they can beat anyone, even in games where they came up short.  But now, thanks to what we’ve seen in the last few days, there will be pieces in place that should give them enough where anything really can happen on any given Sunday next season.

While winning a Super Bowl does seem like a longshot, being in the Conference Championship no longer seems quite as daunting.  Again, with Belichick, even last season, they’ve proven they can compete with the best the AFC has to offer.

Is it likely?  It’s tough to say.  But is it impossible?  Suddenly, it doesn’t feel like it anymore and that’s definitely a big improvement from where we were just a couple of months ago.