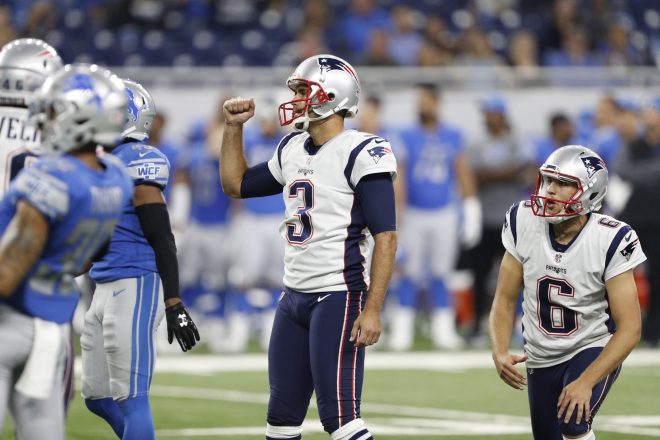 Like the quarterback position, Bill Belichick hasn’t really ever had to worry about the kicker position during his tenure as head coach here in New England.

Since taking over as head coach of the Patriots in 2000, Belichick inherited then kicker Adam Vinatieri, who had been one of the most consistent players in the NFL up to that point.

It wasn’t all perfect. Vinatieri saw himself miss his first career game-winning field goal against the Chiefs in 1999, the season prior to Belichick’s arrival, with his kick hitting off the right upright in a 16-14 week 5 loss in Kansas City.  Vinatieri had an off year that season missing seven field goals, including just 5-of-9 from 40-49.  He also hit 1-of-2 from 50+.

Looking back, the discussions have been had that had Vinatieri not missed that kick, instead of finishing 8-8, the team might have finished 9-7 and bought Pete Carroll another season.  But after starting off 6-2, the team finished 2-6 the rest of the way to finish 8-8, leading to Carroll being fired and opening the door for Belichick.

Vinatieri continued to kick well and departed to Indianapolis after the 2005 season, with the Patriots selecting Stephen Gostkowski in the fourth round (118th overall) of the 2006 NFL Draft out of Memphis.

He had big shoes to fill. Vinatieri’s final five seasons included some incredible moments, with the former Patriot hitting three Super Bowl winning field goals, as well as his incredible 45-yard field goal in the snow against the Raiders during the 2001 postseason that forced overtime that he followed up with a 23-yard field goal to stun Oakland and advance to the AFC Championship game as the team went on to win their first championship. 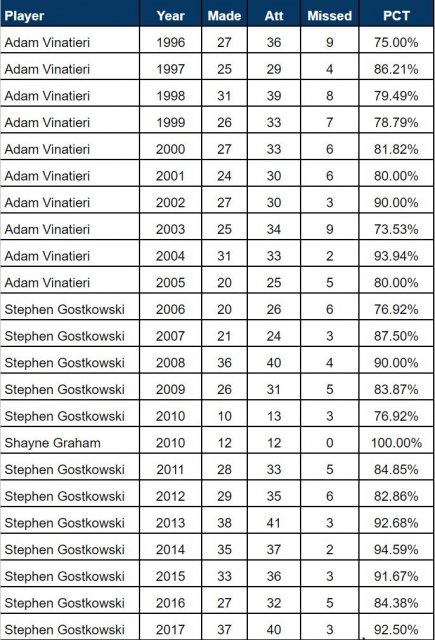 But Gostkowski handled it well.  He missed six kicks as a rookie during the regular season but settled in with a perfect 8-of-8 performance in the playoffs.  That season still sticks out in Belichick’s mind and it earned him praise on Saturday when he spoke to reporters.

“Steve’s been great to work with. I think he showed an incredible amount of maturity and poise his rookie year,” said Belichick. “He came into probably as difficult a situation as any player that I’ve ever – rookie player – that I’ve brought on to a team with the expectations that were with him and, obviously, with what Adam [Vinatieri] had done before he was here.”

“Steve’s been really consistent through all of these years. [He’s] a very hard worker, has earned the respect of his teammates, he does everything that the team does in terms of training and conditioning and so forth. He’s not on a special kicker program or anything like that. [He’s] very accountable, dependable, physically and mentally tough player.” 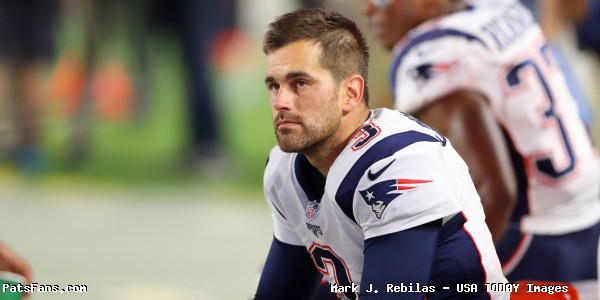 Gostkowski has been a steady performer since taking over as the team’s kicker in 2006. (USA TODAY Images)

He’s quietly even outperformed Vinatieri.  During Vinatieri’s 10 seasons in New England, he had six seasons where he missed six or more attempts, four of which saw him miss seven or more.  Meanwhile, Gostkowski has only ever missed six attempts twice, once in his rookie year and again back in 2012.

Vinatieri also only had two seasons where he missed three or fewer regular season attempts, while not counting his injury-shorted season in 2010, Gostkowski has done it five times, including last season where he missed just three field goals.

That type of continuity at the kicker position has been a big key to New England’s success, with Belichick acknowledging that he’s been very fortunate to be in that situation.

“I’ve been very fortunate here to have two of the best kickers that have ever played in the National Football League as the head coach here,” said Belichick. “So I feel very fortunate to have had Steve and Adam.”

Gostkowski has faced some adversity, most recently struggling a bit in 2016 when he missed five field goals as he tried to balance changing his kickoff technique to accommodate the new rules.  But he never got down and never wavered and it’s moments like that which stand out for a head coach who knows how fortunate he is to have him.

“Steve’s very even-keeled there. Sure, yeah, those things come up with the team,” said Belichick.  “Steve’s a good example for all of us; all players and coaches. He’s got a very professional attitude. He’s a good teammate but he works hard at his job, to do his job well to help the team, and that’s really the motto for all of us – to be good teammates, but to do our jobs so everybody can count on us and put everything we have into it to be able to help the team. He certainly does that.”

“Kickoffs – what we’ve asked him to do with kickoffs in the last couple of years. He’s worked very hard at it. He’s improved tremendously. He’s one of the top kickoff kickers in the league in terms of kickoffs, placement, distance. He can do a lot of different things with the ball and helps our team out in a lot of different ways besides just kicking field goals and extra points.”

Now as Gostkowski heads into this season he’s still going strong. That’s the type of player that helps teams win championships and fortunately, thanks to Gostkowski, it’s one less thing for Belichick to worry about as he continues preparing his team for the upcoming year.

“He’s a very level-headed, even-keeled guy that’s matured and has gone from a rookie to now one of our most experienced players and one of our top leaders,” said Belichick.