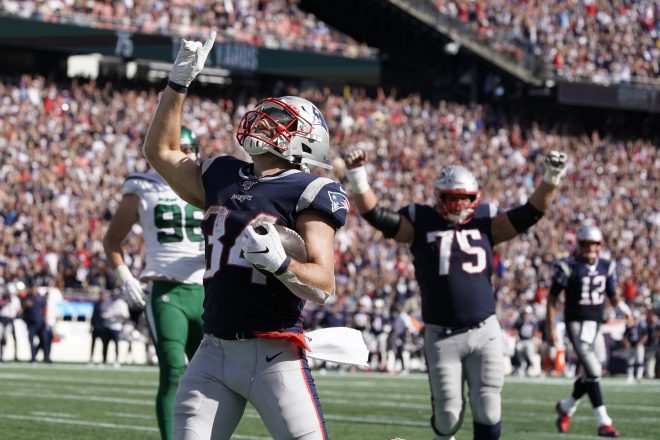 During the third quarter of Sunday’s game against the Houston Texans, New England Patriots running back Rex Burkhead sustained a knee injury following a helmet hit by Texans defensive back Bradley Roby.

Burkhead was immediately taken into the blue medical tent and later carted off the field, he would not return.

Although no official word on the injury has yet to be confirmed by the team, The Athletic’s Jeff Howe reports the Patriots “fear” a torn ACL and are awaiting MRI results.

On his social media accounts Tuesday, Burkhead did confirm his 2020 season is in fact over.

“Appreciate the support and all that have reached out the past couple of days. Look forward to attacking the process and coming back better than ever in 2021″, Burkhead wrote.

A few teammates offered up their own well wishes of support following Burkhead’s announcement.

With Burkhead out, the Patriots running back depth chart will consist of Damien Harris, Sony Michel, James White and JJ Taylor.