2 years ago at 10:08 am ET
Follow @IanLogue
Posted Under: Patriots Injuries 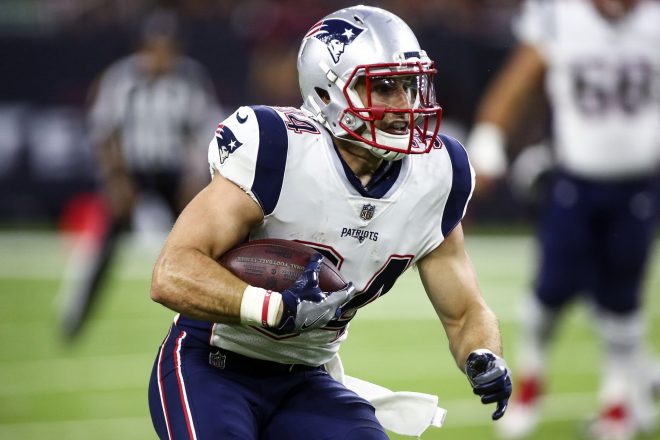 Anyone who watched Sunday’s game likely had a tough time listening to Rex Burkhead scream out in pain late in the contest when the veteran suffered what ended up being a serious knee injury.

Burkhead took a helmet to his knee on the team’s first third down play of the third quarter, with Burkhead carrying for a 1-yard loss on a 3rd-and-1 from the Patriots 34.  On the play, he was cut down by Texans defensive back Bradley Roby, who saw his helmet strike Burkhead just below his knee.

The veteran running back was immediately motionless face down on the turf, in obvious pain and with the stadium being relatively quiet thanks to limited fan capacity, Burkhead’s reaction was a little too easy to hear on the broadcast.

He eventually left the field and immediately went into the medical tent, with a cart being brought over shortly after to carry him into the locker room for what could be his final time in a Patriots uniform.

The Athletic’s Jeff Howe reported that the running back suffered a torn ACL, which will be further evaluated with an MRI on Monday.

The timing of the injury is devastating for Burkhead, who is in the final year of his contract with the Patriots and will be a free agent after this season.

How Was This Article?
Posted Under: Patriots Injuries