Walt Cudzik joined the Patriots in their inaugural season and played in every game from 1960 to 1963. That includes the Pats first postseason game when the team defeated Buffalo for the AFL East title as well as the 1963 AFL Championship Game versus San Diego. Walt was named to the UPI 1st Team All-AFL in 1960 and was the Pats offensive team captain in 1963. 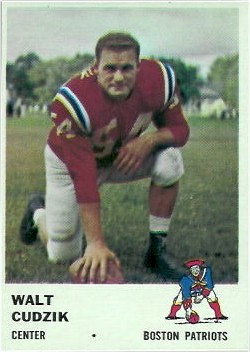 By 1964 competition for rookies had heated up between the AFL and NFL. Holy Cross center Jon Morris was drafted by both Boston and Green Bay. The All American quickly rejected Vince Lombardi’s initial contract due to its meager salary, calling it ‘a joke’. Mike Holovak responded with a superior two-year no-cut deal that included a new Pontiac convertible. The Packers matched that offer, then Holovak guaranteed Morris he would start at center from day one. Lombardi refused to match those terms, and Morris signed with the Patriots.

Shuffled off to Buffalo

As a result the Patriots had one too many starting centers on the roster. Therefore Holovak traded 32 year old Walt Kudzik without concern that he would start for a division rival and contender. In the long run the move worked out fine. Morris had a career that put him on the AFL All-Time Team and the Pats Hall of Fame. The short term outcome was different.

The 1964 AFL East title came down to the final game of the regular season. The Chargers were not nearly as good as they were the previous season. This meant that single game between the Pats and Bills would likely determine the ’64 league champion. Cudzik centered a Buffalo offense that was the best in the league in ’64. The Bills came out on fire and beat the Patriots, then took care of business a week later against San Diego. Ten years after he began playing professional football Walt Cudzik was an important part of a championship team. That would be his final game of pro football.

Following his football career Walt Cudzik earned a law degree, and practiced as an attorney until his retirement in 2002.

Before proceeding to the remainder of today’s birthdays it should be noted that on February 21, 2008 the Patriots promoted wide receivers coach Nick Caserio to the position of Director of Player Personnel.

The Patriots were in dire straits at running back in 1999. One year earlier Curtis Edwards had departed for greener pastures with the Jets. Robert Edwards had a spectacular rookie season, then had a freak life threatening injury playing volleyball at a Pro Bowl event. That left them with career backups Lamont Warren and Jerry Ellison and an untested 5’8, 197-pound rookie named Kevin Faulk to carry the ball.

Terry Allen vaulted from a ninth round pick in 1990 to Herschel Walker’s replacement two years later in Minnesota, with 15 touchdowns. From 1995-96 Allen had 3,088 yards from scrimmage and scored 32 touchdowns with Washington. Due to overuse – he had 748 touches in those two seasons – his body wore out. Ankle injuries limited Allen to 20 games in the two seasons prior to arriving in Foxboro, with six rushing touchdowns. 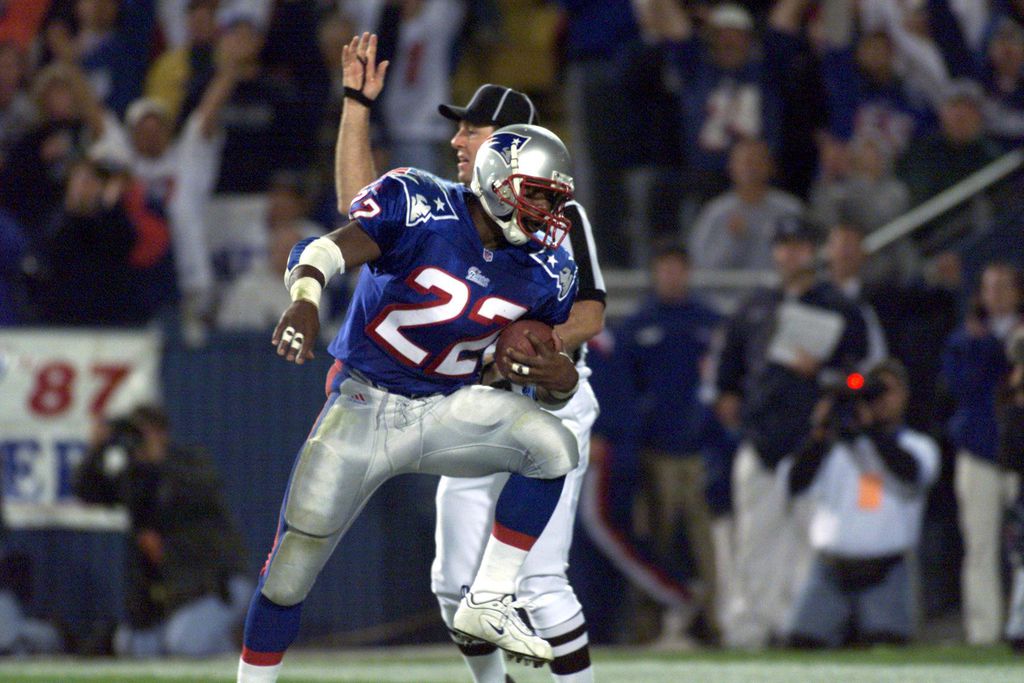 Allen played in all sixteen games with thirteen starts in 1999, averaging a career low 3.5 yards per carry. One of Bill Belichick’s first personnel decisions was to move on, releasing Terry Allen. The Clemson running back hung on for two more years, finishing his NFL career with 10,215 yards from scrimmage and 79 touchdowns. The last information I found on him was fleeing a DUI police chase in 2018.

Bill Parcells signed Moore after spending three seasons with the CFL’s Calgary Stampeders. In ’95 Moore had 43 receptions for 502 yards and one touchdown.

The Patriots felt strongly enough about Brian Tyms that they signed him despite knowing he would soon be suspended for four games for PEDs. In eleven games for the Pats Tyms had five receptions and one touchdown. He received a ring from Super Bowl 49 then spent 2015 on IR. Tyms then spent two years in the CFL and two in the AAF before they went out of existence.

Bequette spent more time on the practice squad than on the 53-man roster, appearing in only 8 games over three seasons. He was released with an injury settlement on September 4, 2015. Bequette then joined the Army and is now a 2nd Lieutenant in the infantry. Jake earned a ring with the Pats from Super Bowl 49 versus Seattle. 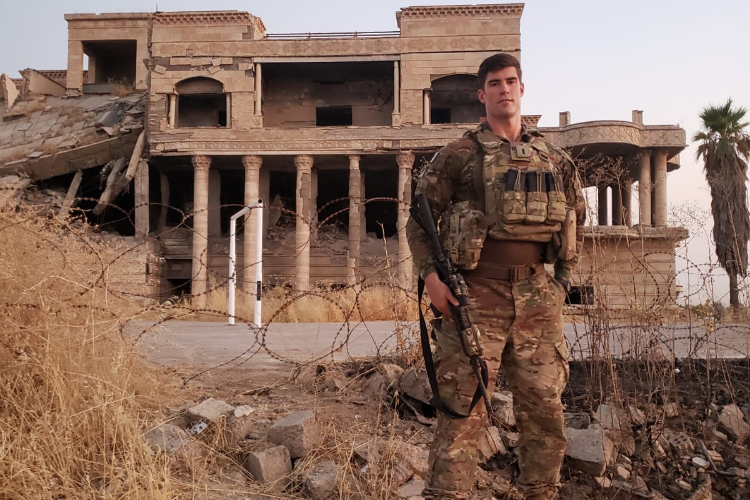 Chuck McSwain was a replacement player for three games during the strike in ’87. His brother Rod played safety for the Patriots from 1984-1990.

Due to his abhorrent actions there is no bio here. Two games, no stats, move on.

Sandro Vitiello, 62 (2/21/58)
University of Massachusetts
The Italian born kicker played for the Bengals in 1980. From 1988 to 2014 Vitiello was an executive with Regent Sports, a major supplier of products for Walmart. He is now the president of VMN Global in New York.

By: Robert Alvarez
The Patriots show off their customized cleats for the NFL's annual "My Cause, My Cleats" campaign over Instagram.
4 hours ago

By: Russ Goldman
In this episode, we look back at the loss to the Vikings on Thanksgiving, and later on, we preview the upcoming game against the Bills.
11 hours ago