7 years ago at 7:00 pm ET
Follow @AllThingsPats
Posted Under: Uncategorized 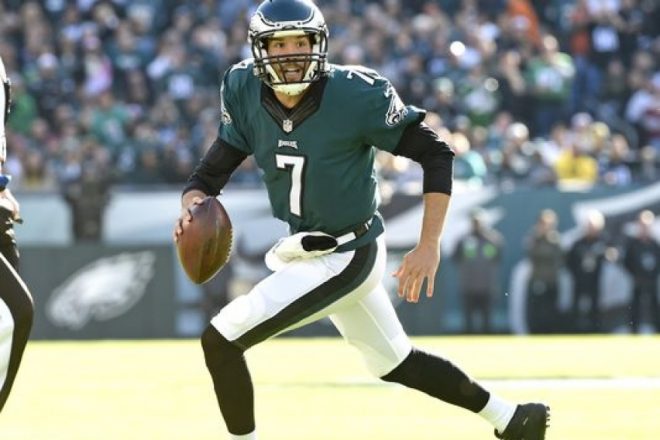 It is now December and with only five weeks remaining in the regular season, the margin of error for teams vying for a playoff spot or a first round bye is becoming slimmer and slimmer. For football fans that impatiently waited seven long months for the season to begin, this is very sad news; where did the time go?

However, for the glass half full crowd, this is a relief: rather than week after week with only a couple of games between two good team, that change in the calendar means we are that much closer to the playoffs: there are only two games this week that involve teams that both have winning records. In Roger Goodell’s world where parity is a code word for mediocrity, an NFL record twenty teams had losing records through the first ten weeks of the season, and it is possible that their are only eight teams to have winning records when this week’s games are finished. On top of that a three-win team is only two games out of first place in a division that will probably have a 7-9 team hosting a playoff game.

Week 13’s best game is between Seattle, who just went over .500 for the first time all season, and Minnesota, who ranks 25th in the league in scoring. The only other game with two winning clubs involves a pair of 6-5 teams: the under achieving Colts with a 40-year old backup QB, and a Pittsburgh defense that has given up 39 and 35 points in recent games. NFL fans deserve better than this.

That’s not to say that there are not games worth watching. If you draw a line in the sand at either a record of at least 5-6 or being within two games of the division lead (I’m looking at you NFC East and AFC South), there are five other games involving teams that are both in the hunt for a playoff spot. Houston (who the Patriots play next week) at Buffalo, KC at Oakland, the Jets-Giant battle for New Jersey bragging rights, and Atlanta at Tampa Bay are all compelling matchups with critical post-season implications. Fans and players on 4-7 teams in those six other divisions may still believe, but it is highly unlikely that a team that has lost 64% of their games is suddenly going to win five in a row to finish 9-7. A team without a winning record may win the AFC South or NFC East, but it is very doubtful that mark will be good enough to make it to playoffs as a wild card.

Happy Birthday to Jim Plunkett, who turns 68 today. Plunkett was the first overall pick in the 1971 draft after winning the Heisman Trophy over Archie Manning and Joe Theismann, and led Stanford to a Rose Bowl upset victory over Ohio State. In his first pro football game the Patriots stunned the Raiders 20-6, and he led the Pats to a 6-8 record after they had finished with a league-worst two wins the previous year. Unfortunately the offensive line was a sieve and Plunkett was battered and eventually became ineffective during his time with the Pats; he was sacked 146 times in four-plus seasons.

New England traded Plunkett away for four early draft picks which turned out to be key players during their great seasons in the late seventies: Pete Brock, Raymond Clayborn, Tim Fox and Horace Ivory. After his body healed up, Plunkett took advantage of an opportunity when Dan Pastorini was injured. In 1980 he went 9-2 as the starter for Oakland, and then won four more games in the playoffs; the Raiders won the Super Bowl and Plunkett was the game’s MVP. Three years later Plunkett relieved an injured Marc Wilson and once again led the Raiders to another Super Bowl victory, going a combined 13-3 in the regular season and playoffs. At the time his eight playoff victories were the fourth most (he ranks 15th now), and his .800 post-season winning percentage (8-2) is second to only Bart Starr (9-1) in NFL history.

The Niners are a dumpster fire, allowing the fourth most yards per game while balancing that with an offense that is scoring nine fewer points than the league average.

Even if Cincinnati is lulled into looking past this game, the two-win Browns with third-string QB Austin Davis cannot keep up with the Bengal offense.

Jacksonville’s red zone offense ranks 30th in the league, and it cost the Jaguars a win last week. Tennessee continues its quest to break the NFL record of 14 consecutive home losses; a loss here would bring the streak up to eleven.

The Texans are giving up just 8.8 points and 250 yards per game over their current four game winning streak, both NFL bests since the start of Week 8. Buffalo’s defense is headed in the opposite direction; the Bills have allowed 50 points and 769 yards over the last two games.

Which was a crazier ending to a game: Baltimore’s Will Hill picking up the football after a blocked field goal and returning it 64 yards for a game-winning touchdown as time expired last Monday night, or Aaron Rodgers’ 61-yard Hail Mary on an untimed down after a phantom facemask penalty? John Harbaugh claims that the Ravens are now “relevant in December” and “that’s where we needed to be”. Does this guy even realize what he is saying, much less believe his own BS?

Pittsburgh averaged 4.1 yards per carry at Seattle last week, and the Vikings have a much stronger running game with Adrian Peterson (106 yards rushing per game, 4.9 yards per carry, 8 rushing touchdowns). The west coast Seahawks got the short end of the stick when this game was flexed out of prime time to an early kickoff.

St. Louis ranks 31st in the NFL with 16.9 points scored per game, and after a strong start they don’t have a top ten defense. Head coach Jeff Fisher hasn’t had a winning season since 2008. Why he is considered by many to be a great coach is a mystery to me; one can have longevity and still be mediocre.

Matt Ryan has become a turnover machine and the Falcons have lost four in a row and five of their last six games. Tampa’s Jameis Winston has improved his mechanics as well as his decision making, and is benefiting from having Mike Evans and Vincent Jackson on the field at the same time. Forget last week’s dud at Indianapolis; it’s tough to win consecutive road games in the NFL.

The Giants came out flat last week coming off a bye, turning the ball over three times and blowing a golden opportunity to open up a two-game lead in the NFC East. The last two times these two met the Giants went on to win the Super Bowl; I cannot fathom that happening this season.

Denver had its Super Bowl last week, beating the Patriots in overtime. A lot of teams have letdowns after playing the Patriots; it would not be the least bit shocking for San Diego to take advantage of the circumstances and win this game.

Oakland’s offense is clicking, but an already average defense has been decimated by injuries and a suspension. Kansas City is the superior team, but after five straight wins the Chiefs are due for a bad game.

The banged up Patriots won’t be taking this game lightly after losing last week. Philly has given up 45 points in each of their last two games, and playing on the road for the second straight week against a motivated New England team will be too much to overcome.

The Saints have the worst defense in the league (30.8 points per game), and even though Carolina is deficient at wide receiver, the Panthers should be able to exploit the New Orleans D. Greg Olsen should be able to take advantage of a defense that has surrendered ten touchdowns and 860 yards to opposing tight ends.

Even without TE Heath Miller, the Steelers should be able to exploit a Colt secondary that has been susceptible to big plays. Indy has neither the firepower to keep up with Antonio Brown, Martavis Bryant, Markus Wheaton and DeAngelo Williams, nor the defense slow these options down.

FOX likely hated giving this game up when the schedule was drawn up last spring, but ESPN would love to trade it off now. I penciled in Washington as one of the worst teams in the league before the season began, but as of right now they would win the division and host a first round playoff game.

For the sake of comparison, here are what the odds were for those that wanted to place a prop bet when the NFL schedule was released back in April.

By: Robert Alvarez
The Patriots show off their customized cleats for the NFL's annual "My Cause, My Cleats" campaign over Instagram.
9 hours ago

By: Russ Goldman
In this episode, we look back at the loss to the Vikings on Thanksgiving, and later on, we preview the upcoming game against the Bills.
16 hours ago