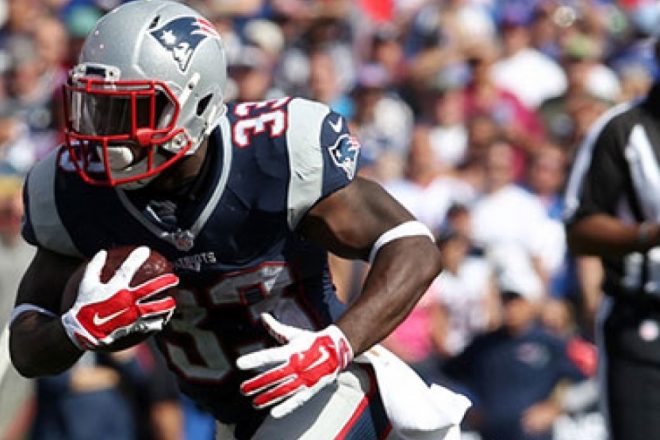 Four AFC East websites get together each week to discuss the AFC East. This week we discuss which division game last week was the biggest storyline. See what Matt Barbato of New York Jet Fuel, Ian Logue of PatsFans.com, Steve Saslow of Bills Daily, and Luis Sung ofPhin Maniacs has to say right here.

Steve Saslow (@BillsDaily): The bigger storyline from last weekend’s division games is the Jets win over the Colts. This win keeps Ryan Fitzpatrick at quarterback for gang green and gives them early season recognition as a team on that is surprising people. There 2-0 start gives them a share of first place, and unlike the win over the Browns, it gives them a win over a quality opponent. It also may say something about the Colts not being as good as they were last year but that still remains to be seen.

The Jets are the biggest storyline but the Dolphins shocking loss to the Jags also is a big storyline. Miami is suppose to be the 2nd best team in the division but they barely beat Washington, who isn’t very good, and then lost to one of the worst teams in the league in Jacksonville. Miami still hasn’t played at home yet so this week’s matchup with the Bills may be an early season crossroads for both division rivals.

Luis Sung (@PhinManiacs): The biggest storyline without a doubt is the New York Jets defeating the Indianapolis Colts and going 2-0 to start the season, making them tied for first place with the New England Patriots. Most people – including myself – expected the Jets to essentially fall apart due to their overall lack of talent at wide receiver and their average quarterback Ryan Fitzpatrick.

But the fact that they managed to beat Indianapolis (or rather, they beat Andrew Luck) is why the story is such a big deal. Experts were predicting the Colts to finally reach the next level and go to the Super Bowl thanks to the still developing arm of Andrew Luck. But as we all know, the quarterback is not all there is to a football team. Execution of eleven, ladies and gentlemen.

A close second would be the Dolphins losing to the Jacksonville Jaguars, and what makes it even more egregious is the fact that a lot of the players on the Jaguars were backup players, and still they managed to find a way to lose after just barely getting by Washington the previous week.

The Dolphins fanbase is up in arms and want defensive coordinator Kevin Coyle and head coach Joe Philbin’s heads on pikes, and offensive coordinator Bill Lazor may be next if things don’t improve quick, fast and in a hurry. There’s still hope in Miami thanks to Ryan Tannehill balling out, but again, execution of eleven. Everyone needs to tighten up their game or the Dolphins are going nowhere.

Matt Barbato (@NewYorkJetFuel): As impressive as the Jets were on Monday night, I think the Dolphins loss to Jacksonville is the biggest story of the weekend. Miami has not impressed me one bit in its first two games against pedestrian opponents. The Dolphins easily could have lost to the Washington Redskins in Week 1 if not for a Jarvis Landry punt return.

Ryan Tannehill is playing well, but has been ordinary through two weeks. He has completed 66.7 percent of his passes for 585 yards and three touchdowns. He hasn’t thrown an interception, but he hasn’t been as explosive as many expected him to be against soft competition.

I’ve said before that Miami’s offensive line and Lamar Miller are the reasons the Dolphins haven’t gotten to the next level. They’re proving me right again early in 2015. The Dolphins are averaging 58 rushing yards per game through the first two weeks. Miami is one of six teams without a rushing score during the first two weeks of the season.

Lamar Miller has been quite mediocre. He has 67 yards on 23 carries. Miami’s offensive line received a 1.5 run block rating (third-best in NFL) by Pro Football Focus, but has countered that with an abysmal -12.9 pass block rating.

Ndamukong Suh has not cured Miami’s problems against the run, either. Miami has given up 284 rushing yards against Washington and Jacksonville, who are hardly offensive juggernauts.

The Patriots were expected to beat the Bills, although I’m not sure anyone expected Tom Brady to chuck 466 yards on Buffalo’s defense. The Jets pulled an enormous upset, but maybe that’s because Indianapolis isn’t as good as we thought. Miami’s rough start is the biggest story through the first two weeks of the season because of the additions they made to the defense that led to lofty expectations for the Phins in 2015.

Ian Logue (@PatsFans): Monday night saw the Jets make the biggest splash in the AFC East after going into Indianapolis and dominating Andrew Luck and the Colts, which was arguably the biggest storyline of the weekend considering how it unfolded.

The experts expected the Colts to rebound at home and have a big night, but the Jets completely turned the tables and made a statement. New York’s defense picked off Luck three times and also recovered two fumbles, unraveling a Colts team who was probably hoping their week one woes were tied to being on the road in a hostile environment after losing to the Bills. Unfortunately, even being back in the friendly confines of Lucas Oil Stadium didn’t fix what’s ailing them and heading into week three, they’re a complete mess at 0-2 and have a tough road game coming up this Sunday in Tennessee.

Very few people thought much of Jets QB Ryan Fitzpatrick after Geno Smith took a shot from a teammate that broke his jaw during training camp and knocked him out of the line-up to start the season. That episode could have derailed them, but suddenly Fitzpatrick has seized his opportunity and is settling in, which has the Jets now very much in contention for the division.

On the other end of the spectrum was the play of the Dolphins, who lost a frustrating road game at the hands of the Jacksonville Jaguars. The Jaguars took it to Miami from the start, setting the tone with a 10 play, 82 yard drive that ended with a 3-yard touchdown strike to Jacksonville receiver Allen Robinson, one of two touchdowns for him on the afternoon. But with the game tied at 20-20 with under two minutes to go in the game, the Dolphins defense made some bad decisions, including an unnecessary roughness penalty on defensive end Olivier Vernon that let Jacksonville off the hook while facing a 2nd-and-11 play and gave them 15-yards and a first down. Four plays later, Jacksonville hit a 28-yard field goal with just 0:43 on the clock and that proved to be the game winner.

It’s still early and a lot can change, but between New England’s impressive 2-0 start and the Jets emerging as a contender, things have certainly become a little more interesting in this Division heading into Week 3.