I know, I know...but hey it's a big deal here in Louisville, and it's somewhat at least historically Pats-related. Though this year apparently Brady, Gronk, Edelman, and any other conceivable Patriot are all spending quality time with spouses/girlfriends/trainers far away from Churchill Downs, and this year we've been invaded by Aaron Rodgers and like half the GB Packers - 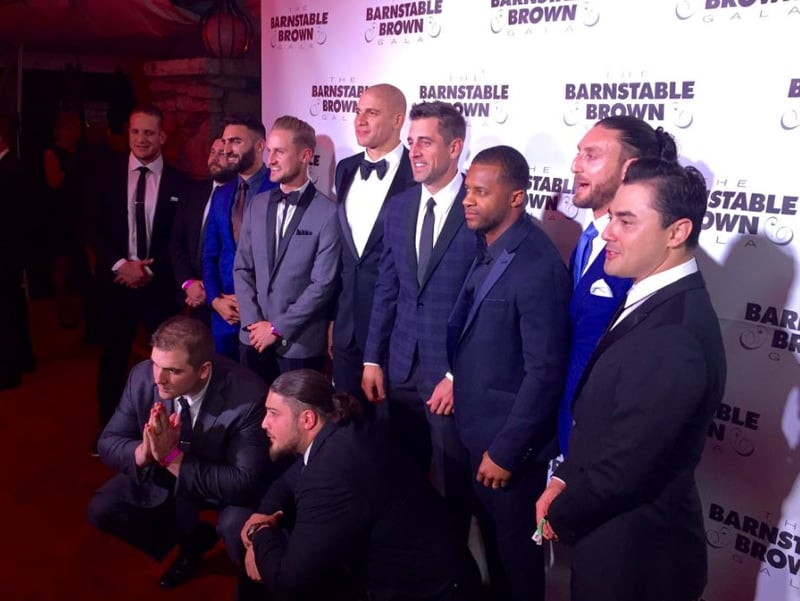 Not sure how the whole NFL/Derby connection really started (maybe it's just they're the only Pro sport in their off-season the first Saturday of May, plus Derby's a d**n good weekend-long party?), but there are NFL-ers and celebrities galore here.

So yesterday my son, Senior in HS, is working at the car wash and his boss brings over this guy for my son to ring up and says to the guy, "Sorry, this kid is a Patriots fan".
My son says, "Oh, who you root for?".
Guy says, "New York".
My son says, "Which team? Aw doesn't matter, they're both bad". Guy just laughs.
Soon as the guy leaves, his boss comes over laughing his ass off, saying, "Do you know who that was? Bilal Powell, running back for the New York Jets!"

Funniest part, when he gets home I point out to him the calendar we have up in the kitchen (my son's going to U of L in the Fall).

Staff member
PatsFans.com Supporter
2019 Weekly Picks Winner
Will the media over react to Brayd skipping the Derby this year ...

as he spends time with his family? How about Gronk skipping the Derby ,,, is that an issue?

Homer observations as we go into the last games...
2

Days Of Future Pats Of The Past: Tony Eason still angry, upset
2

The 100% Official, You are the Pats GM, What You Would Do with Jimmy Garoppolo Thread
2 3 4